The Commissioner for Metro Rail Safety and his team yesterday kick-started a 2 day inspection of Chennai Metro’s 8 km Airport – Little Mount section! This section is the 1st stretch of the 32.10 km Airport – Wimco Nagar line to be ready and will connect to the 10 km Alandur – Koyambedu line, which became operational in June 2015, via the Alandur interchange station.

Trial runs on the Little Mount – Nanganallur Road section began in October 2015. Prior to electrification being completed on the entire stretch in April, the CMRL in March ran a self-propelled OHE maintenance wagon to visually inspect the line and finally started full-length trial runs in May.

This section includes 6 stations at Little Mount, Guindy, Alandur, Nanganallur Road (OTA), Meenambakkam & the Airport. A small 600m section of it has been built underground between Nanganallur Road & Meenambakkam as it lies on the flight path of planes coming in to land on the secondary runway – view details & images.

The 2 day safety inspection is being carried out by Sudarson Nayak from the India Railways’ South Eastern Circle based out of Kolkata. His team’s visual inspection of the tracks & trains is mandatory and the last step before the Chennai Metro Rail Ltd. can commence commercial operations. 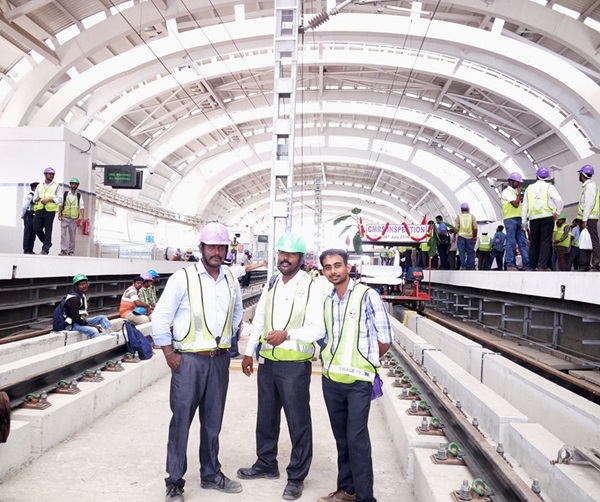 Engineers pose while waiting for the CMRS’ team to show up – Photo Copyright: Melroy Ashwin Pinto 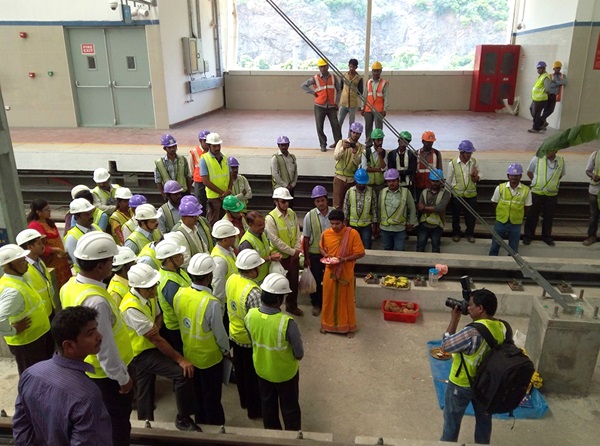 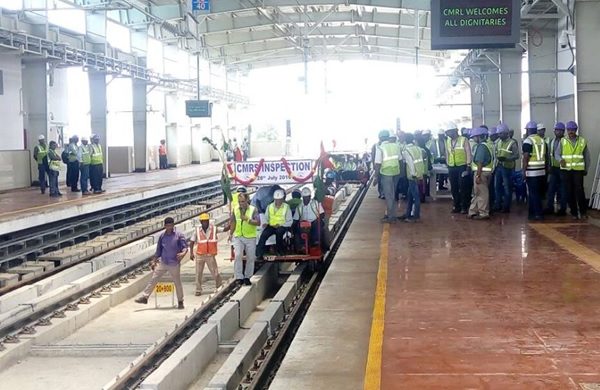 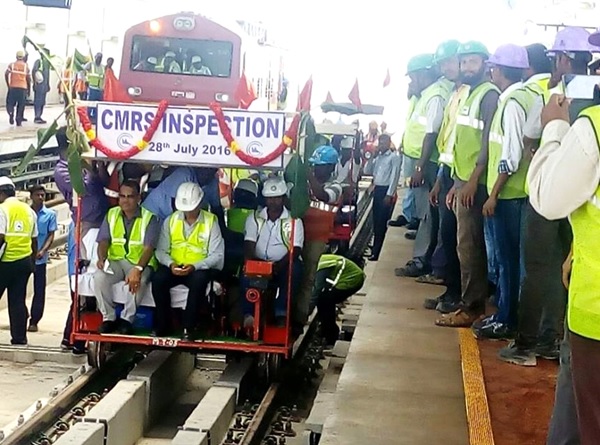 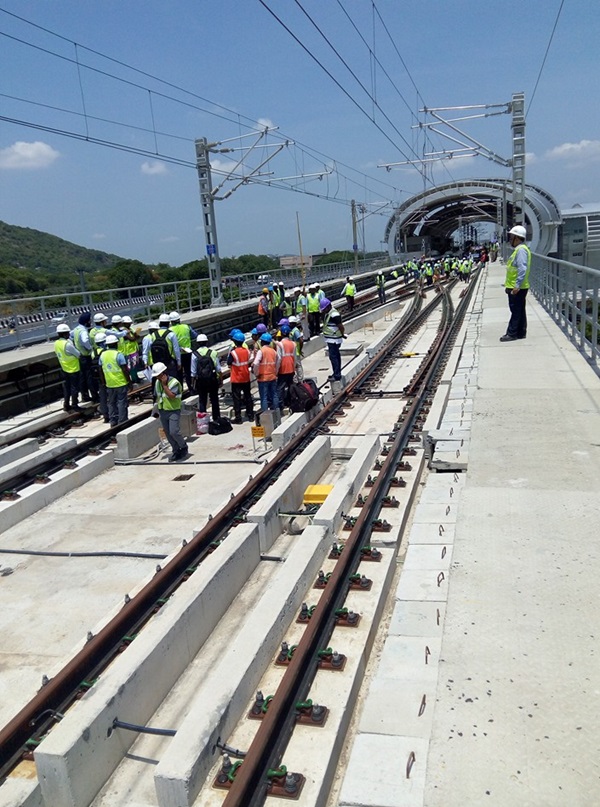 The CMRL is hoping to secure the CMRS’ approval in early August and then start commercial operations by the end of August or in September as there’s some minor station interior & exterior work pending. Recent images of the stations can be viewed here & here.