This took a while to come through, but the Chennai Metro Rail Ltd. has finally published their June 2016 newsletter! Besides the progress made on the elevated section, the newsletter includes in-depth tunneling data recorded up till June 30 from all 5 ongoing tunnel sections of Chennai’s Metro project.

Let’s start off with some new images from both the upcoming underground and elevated sections: 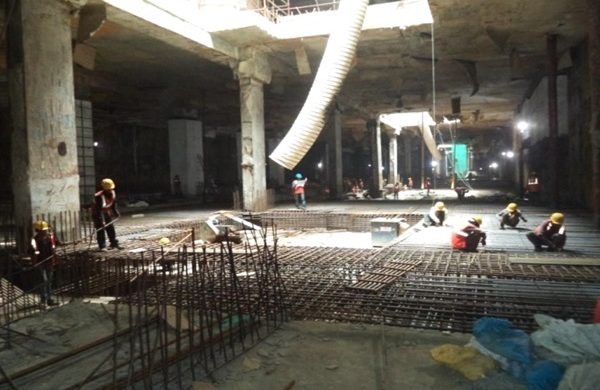 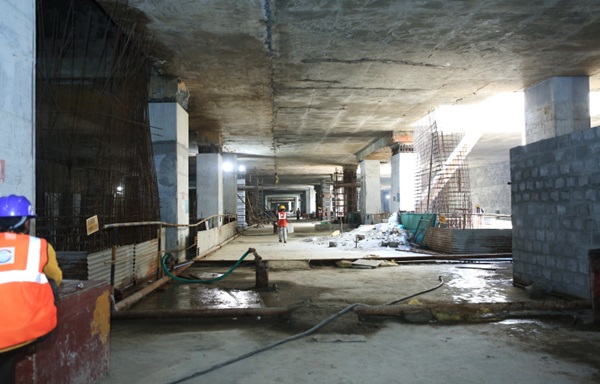 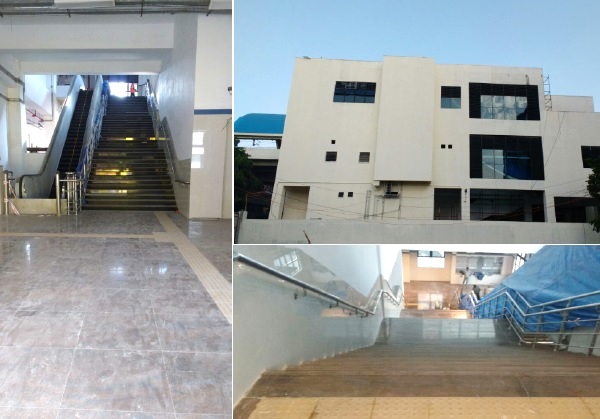 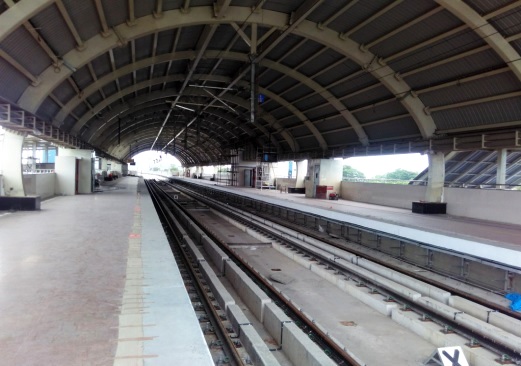 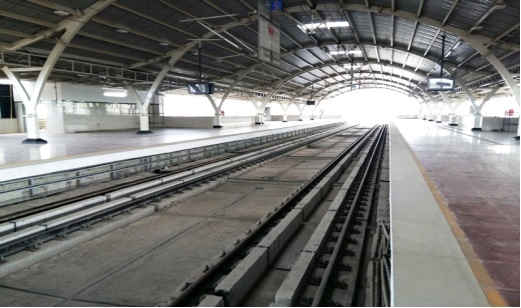 Check out the newsletter for more images.

For reference, here’s a map with all 6 underground sections of Phase 1 including the 9 km Phase 1 extension to Wimco Nagar. Barring UAA08 (in yellow) that has just been awarded to Afcons Infrastructure, the rest are ‘in progress’. The elevated and cut & cover sections of the project have been displayed in grey.

• This section includes tunnels from Washermenpet to Egmore and from May Day Park to Central with stations at Egmore, Chennai Central, May Day Park, High Court, Mannadi & Washermenpet.
• Tunneling by the Afcons-Transtonnelstroy JV between Washermenpet – Mannadi – High Court was completed in 2014.
• Since January, a total of 4 tunnels are left to be constructed between Egmore – Central – High Court stations. The progress of the pending tunneling works can be gauged by the table below.

As per a tunneling expert working on the project:

• Both TBMs on the Egmore – Central stretch have roughly 490 meters more to go.

• Both TBMs on the High Court – Central stretch had encountered extremely difficult tunneling conditions earlier this year (which I wrote about in the previous updates) due to which operating both together in each other’s influence zone was no longer possible. As of July 22, TBM 1 has roughly 230m pending while TBM 2 has been lying idle 350m away from Central station since mid June.

• On July 22, Afcons restarted tunneling work using TBM S703 for the down-line tunnel. TBM S704 for the up-line tunnel is expected to restart in the second half of August.

• On July 15, CMRL conducted a trial run up to Shenoy Nagar station which is officially the first time a train entered the UAA 04 section.

• As of July 1, CMRL has been conducting regular trial runs throughout UAA 05’s section. Architectural, plastering & MEP works are in progress at all stations. Check out this video of Faiveley Transport Group conducting a manual test of the platform screen doors.

• In December 2015, the CMRL invited tenders to construct this 2.4 km underground section from Washermenpet to Korrukupet with stations at Sir Theagaraya College and Korrukupet. With the Ministry of Urban Development’s final approval for the 9 km extension to Wimco Nagar coming in earlier this month, the CMRL soon after awarded this new package to Afcons Infrastructure which consolidates their presence in all but the UAA04 project.

Overall, works have picked up in Chennai with the CMRL awarding all major pending civil contracts in May. In the coming months, I expect the CMRL to invite bids for the roughly 6.6 km elevated portion of the line from Tondiarpet to Wimco Nagar. Barring the 9 km extension to Wimco Nagar, I’m expecting the entire 45.1 km Phase 1 to only be operational in 2019/2020 as opposed to 2017 announced by Tamil Nadu’s Chief Minister.

• Blue Line: Airport – Little Mount (8 km) – On May 21 & 22, the CMRL & Research Designs and Standards Organisation (RDSO) conducted oscillation trials & speed trials in order to obtain the mandatory speed certificate. The CMRS is likely to conduct a safety inspection of this section on July 28 (today!) & 29, and open this section in late August or September.

• Green Line: Alandur – St. Thomas Mount (1.3 km) – The CMRL is yet to begin trial runs on this section despite the completion of track, OHE & system installation works. New images of St. Thomas Mount station can be viewed here. The CMRL has lately been awfully quite and hasn’t made any recent announcements, but I’m expecting trial runs to commence in August.

• Green Line: Koyambedu – Nehru Park (8 km) – Track work on this section has been completed with OHE & systems installations work in progress. In April, the CMRL shunted a train halfway through this underground section for the first time. In July, trial runs were extended to Shenoy Nagar, and in the coming months will be extended further east to Nehru Park. I’m expecting operations on this section to commence in Q1-Q2 2017.