3 days after an unofficial trial run was held discreetly at night, the Lucknow Metro Rail Corporation Ltd. today officially launched trial runs on a 5 km section of 22.878 km north-south line between Transport Nagar and Alambagh. The draped Alstom train was first unveiled to the city’s residents and then flagged off at 1 pm by Uttar Pradesh’s Chief Minister Akhilesh Yadav in the presence of LMRCL and its main contractors’ officials.

The train left the Transport Nagar Depot, traveled up the ramp into the Transport Nagar Station where it stopped, and then switched directions to head up north to the Alambagh station through the Krishna Nagar & Singar Nagar stations at a speed of 15 kmph. 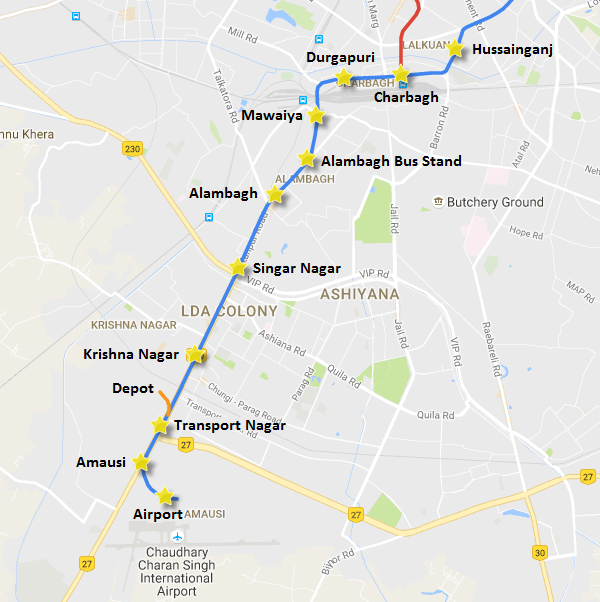 As a reminder, civil construction on the 8.48 km Transport Nagar – Charbagh ‘priority corridor’ began on September 27, 2014 and the LMRCL is chasing a March 26, 2017 deadline to start commercial operations on it. Civil work is still pending at the Mawaiyya railway crossing and its progress by the end of the year will decide what portion of the line opens up in March or if the opening will be delayed all together. 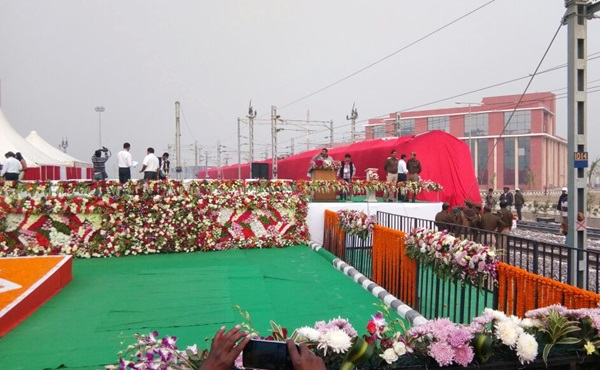 Waiting for the CM to arrive – Photo Copyright: Samajwadi Hum 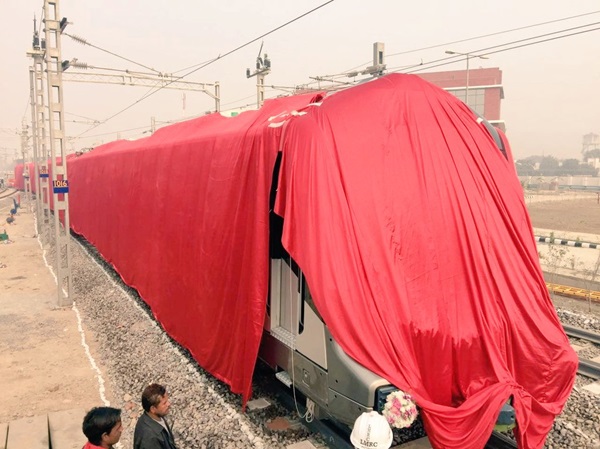 Waiting for the CM to unveil – Photo Copyright: UttarHamara 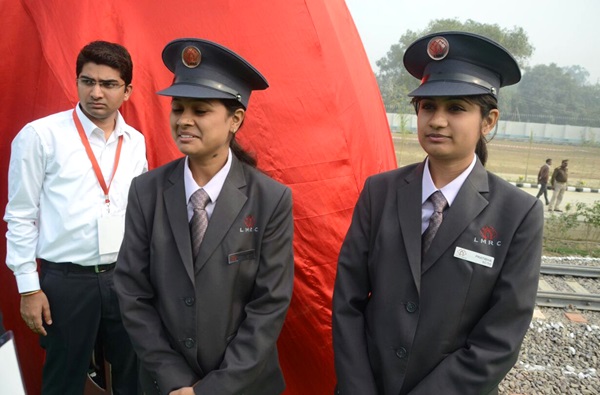 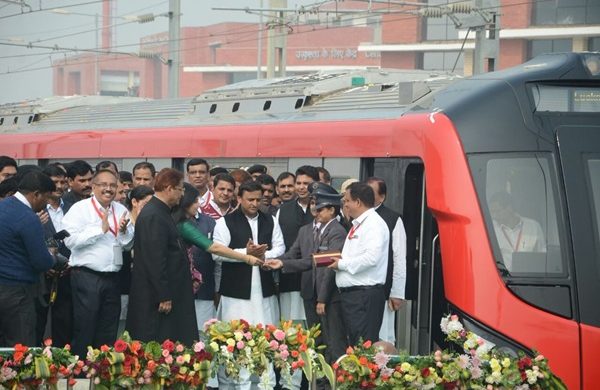 CM’s wife handing over the train’s keys to the operators – Photo Copyright: ETV 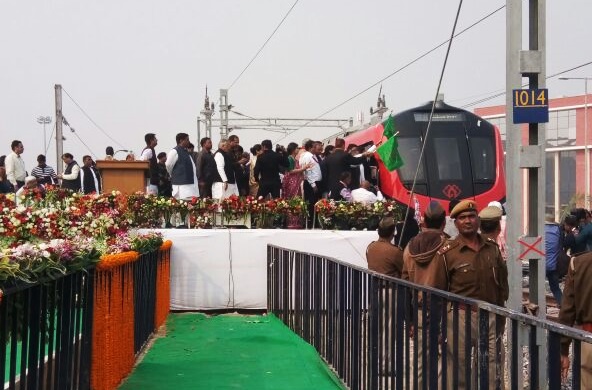 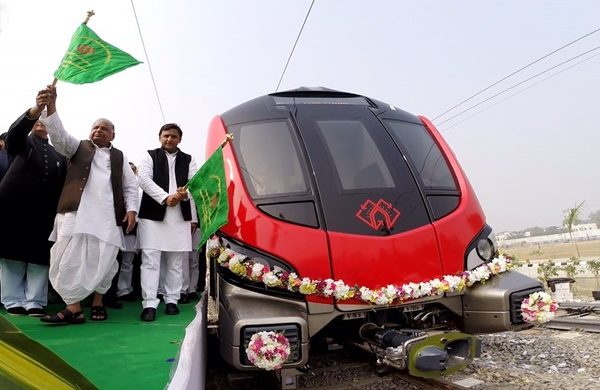 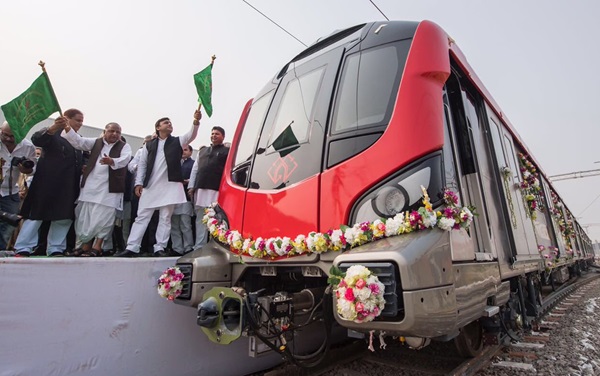 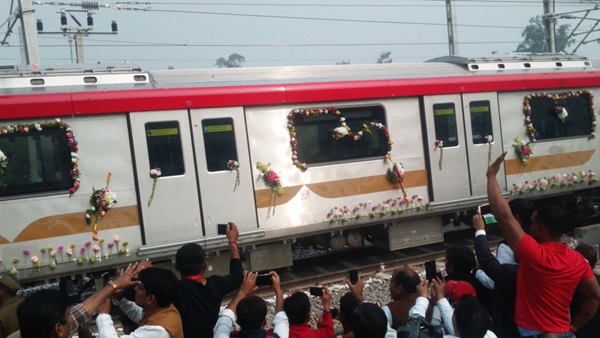 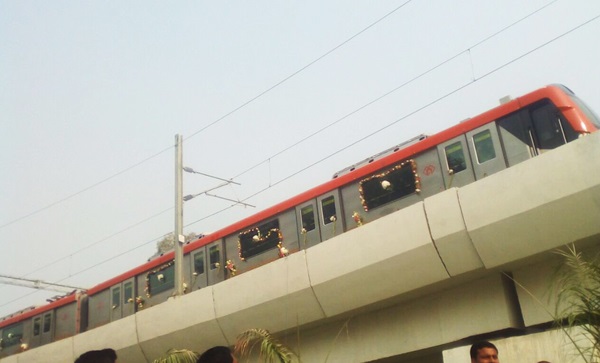 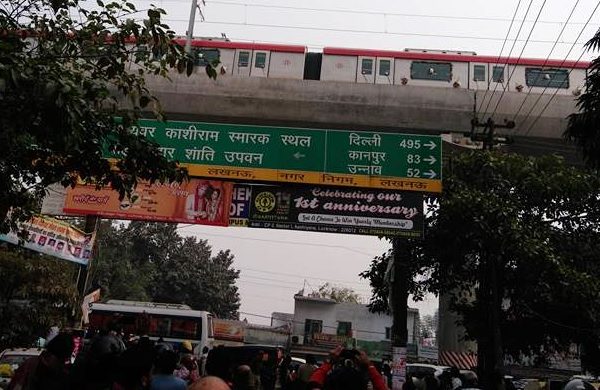 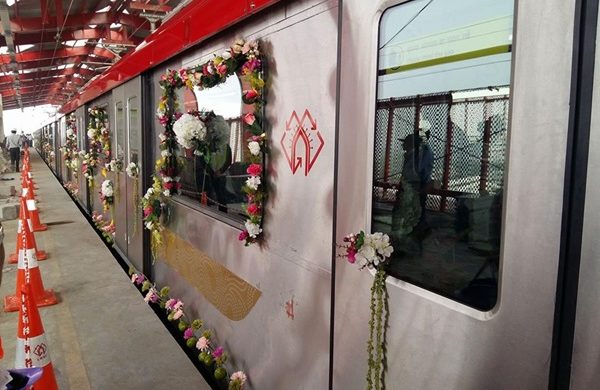 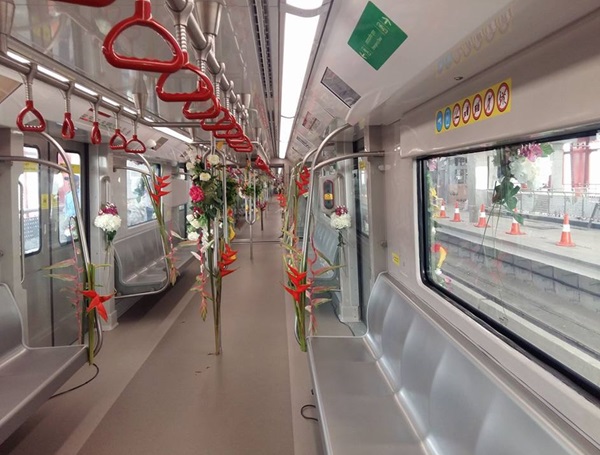 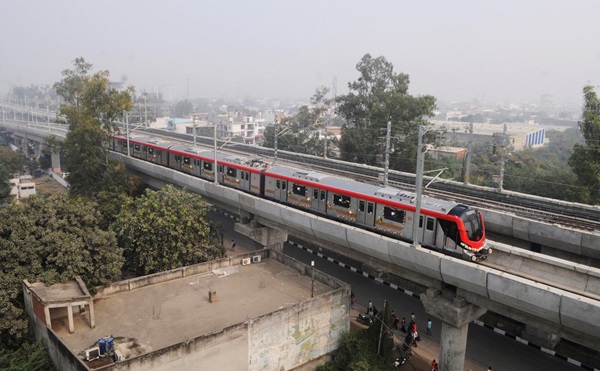 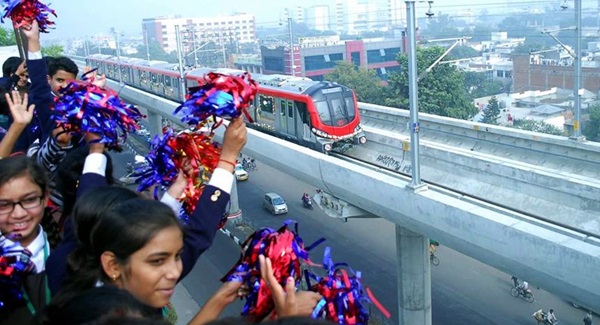 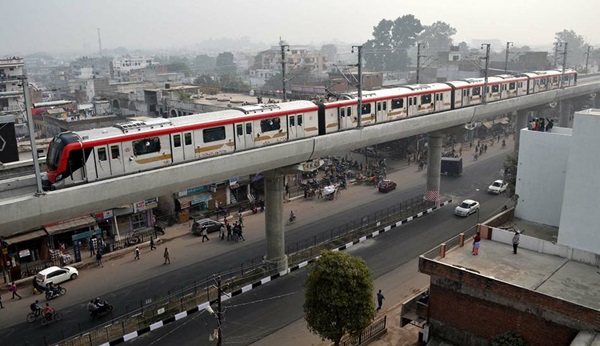 Videos:
PSA – you might want to turn down the volume before hitting play