In order to expedite trial runs on the western portion of the Delhi Metro’s 38.23 km Magenta Line which has been delayed by more than a year due to tunneling works, the Delhi Metro Rail Corporation last week airlifted and offloaded 6 new Hyundai Rotem coaches onto the line’s ramp adjacent to the Sadar Bazaar Cantonment station as this section is not yet connected to the line’s Kalindi Kunj Depot.

The DMRC offloaded 2 coaches on December 12 followed by 2 each on December 13 and December 15. The ramp at Sadar Bazaar Cantonment was chosen as its the only place on the 10 km western portion of the line where the line emerges out of the underground section briefly at the southern fringe of the Delhi Cantonment – making it the nearest spot to the ground level. The entire operation was carefully planned with the help of cranes & trailers, and required absolute precision to avoid any physical damage to the coaches or the line’s civil structure. 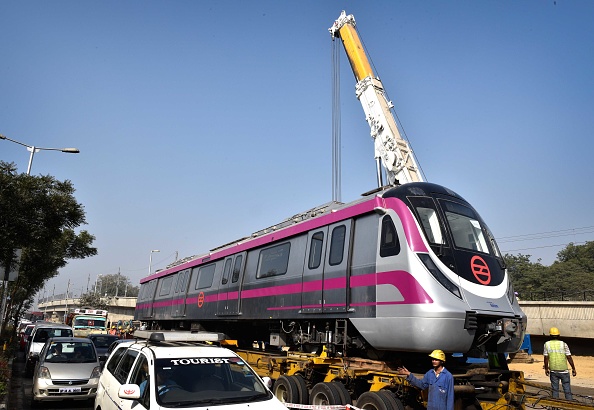 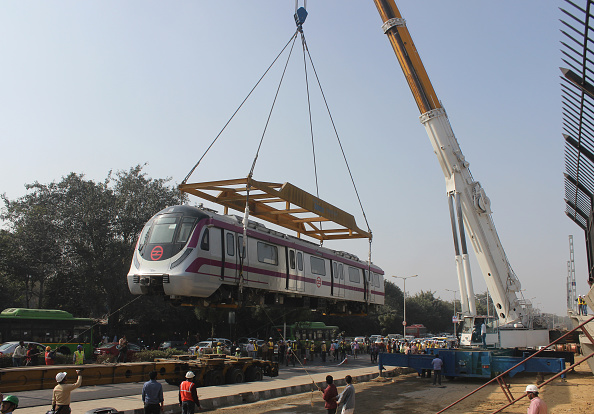 We have a liftoff! – Copyright: India Today 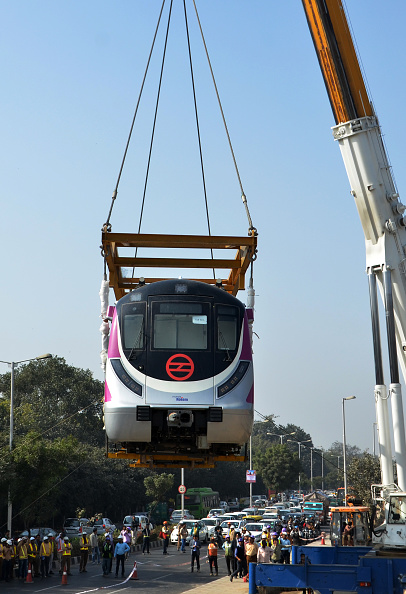 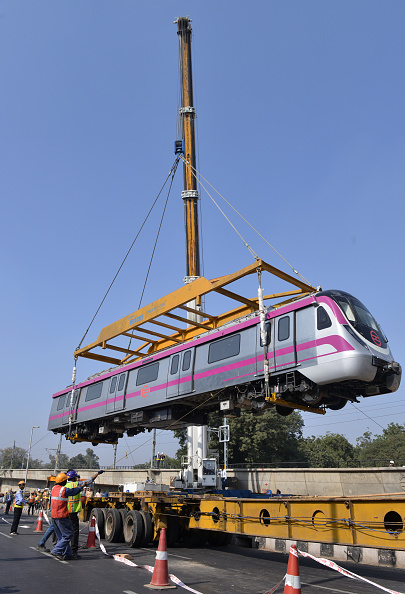 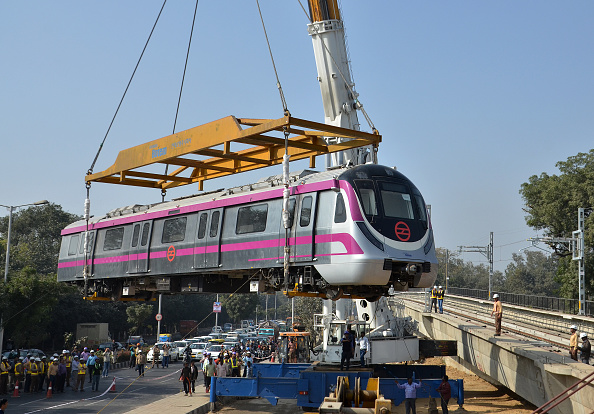 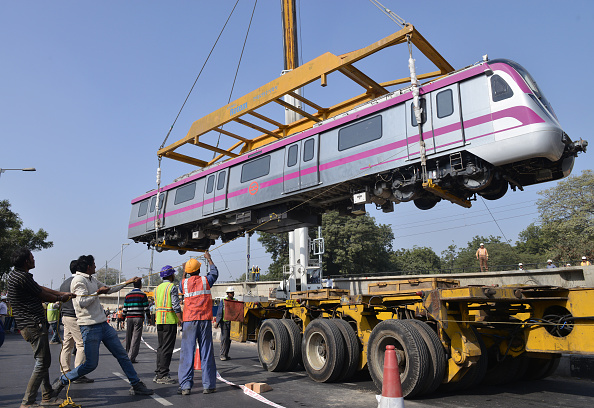 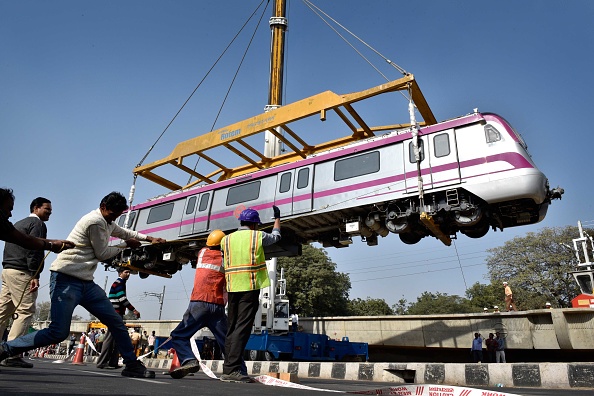 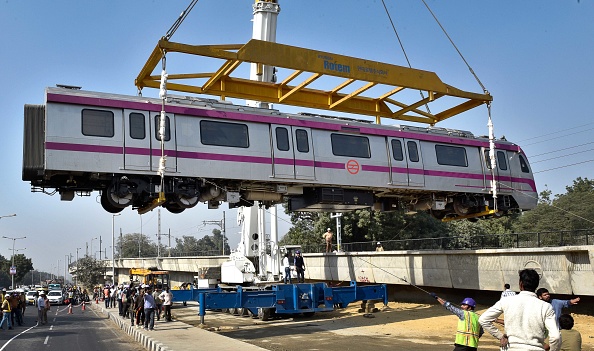 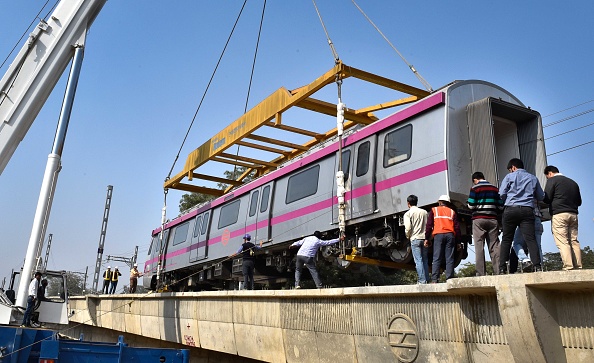 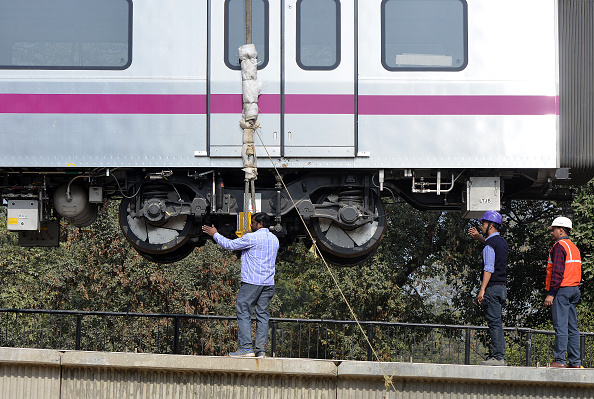 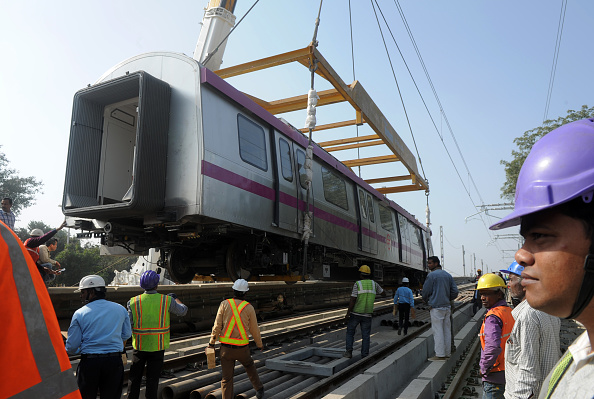 Airlifting and offloading coaches isn’t new to the DMRC. Back in September 2010, in the run up to the 2010 Commonwealth Games, the DMRC airlifted & lowered 4 coaches on the Violet Line’s ramp between Jangpura and Lajpat Nagar to expedite trial runs on the Central Secretariat – Badarpur section of the line. Last year, the Rapid Metro Rail Gurgaon (RMRG) also performed similar maneuvers for 21 coaches which now form one long train on the line’s viaduct as the new depot to house them is not yet ready. The BMRCL in Bangalore dabbled with this idea for the southern Reach 4 section in 2015, but ultimately decided not to pursue it due to vague “technical reasons”.