After airlifting, offloading and coupling 6 coaches together at Sadar Bazar, the Delhi Metro Rail Corporation yesterday launched trial runs on the 10 km Janakpuri  West – Terminal 1 IGI Airport section of the Delhi Metro’s 38.23 km Magenta Line. This is the 2nd stretch of the line where trial runs have started, with trial runs underway on the 12 km Botanical Garden – Kalkaji in the other end of the city since October 27, 2016.

As per a press release:

During these trials, the interface of the Metro train will be checked to ensure that there is no physical infringement with civil infrastructure during the movement of the train on the track and also testing of various subsystems of coaches shall be done.  Later on, in stages, the new signaling technology to be implemented on this corridor, the Communication Based Train Control (CBTC) will also undergo rigorous testing. The response of the train at different speeds, braking of the train and the interconnection with the Operations Control Centre (OCC) will also be monitored during the trials. The behavior of the track system and the Over Head Electrification (OHE) will be checked repeatedly. 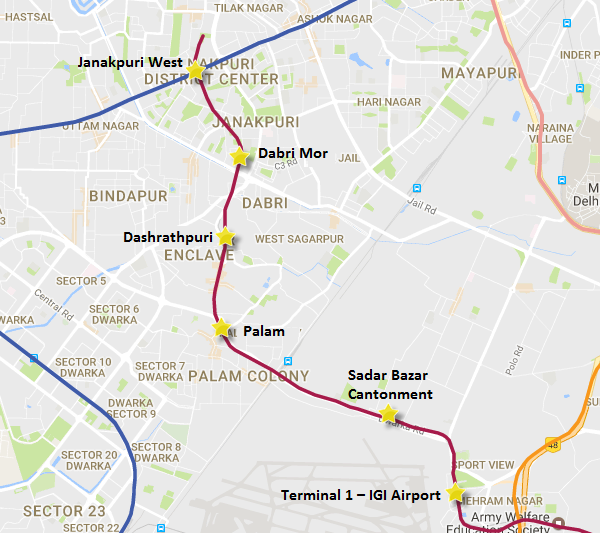 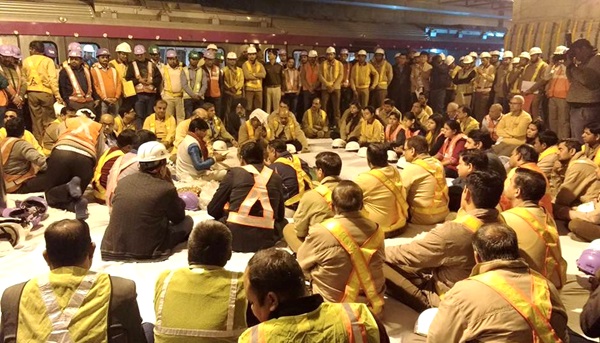 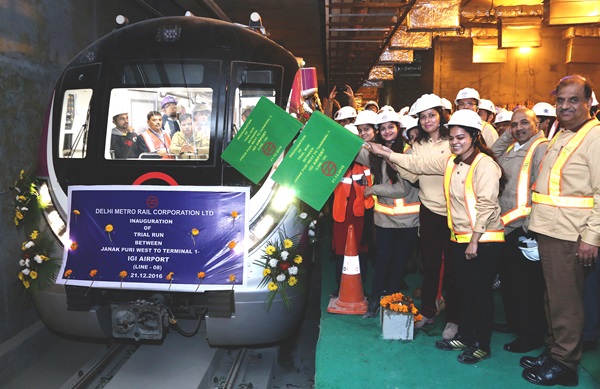 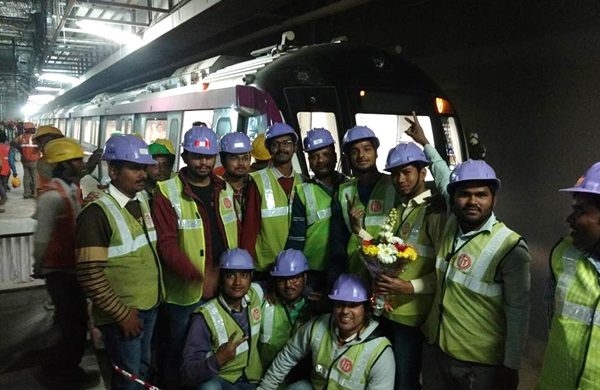 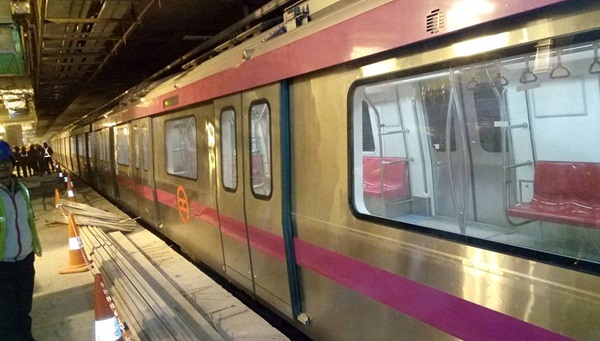 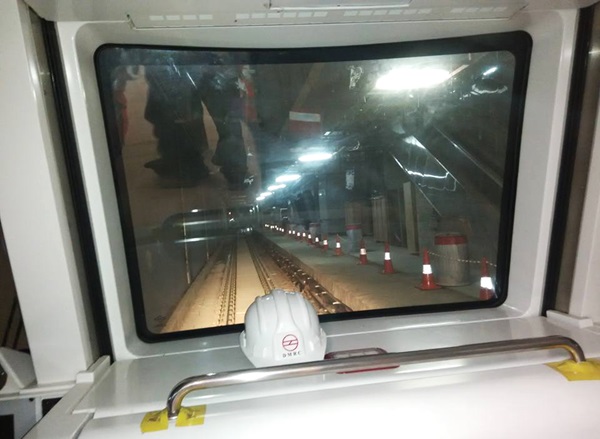 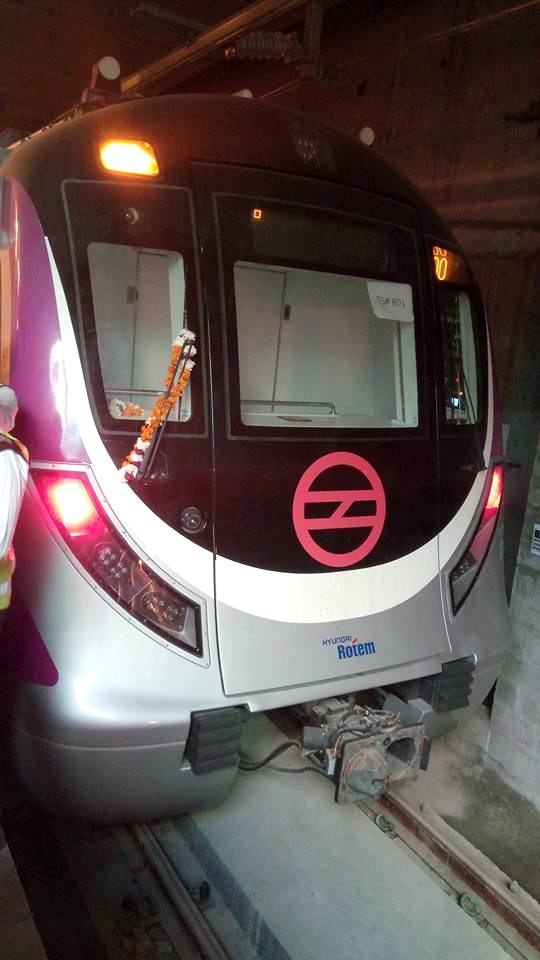 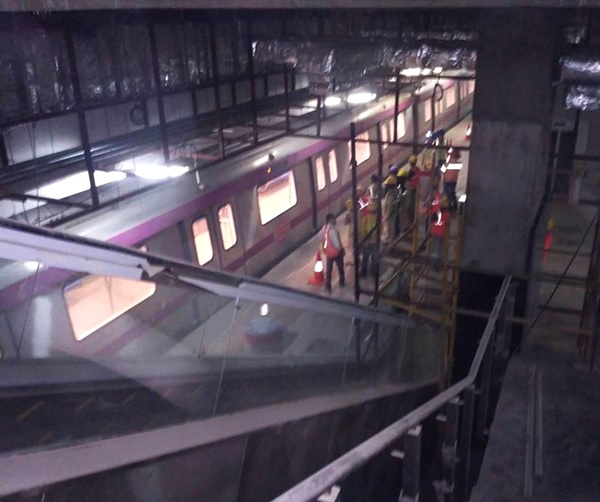 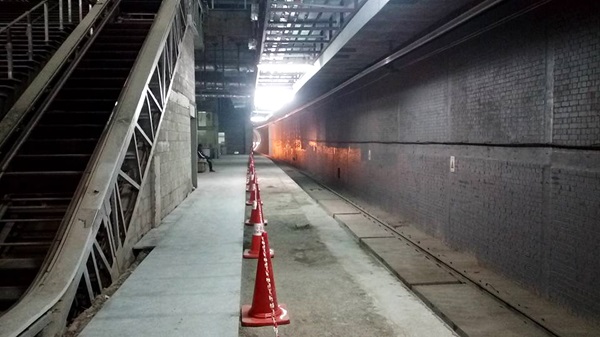 With the commencement of trials on this section, now about 23 kms out of 38 kms of route-length are undergoing trial runs with interior finishing works taking place side by side. Now only the commencement of trial runs on the 15 km ‘mid-section’ of the line, between the T1 Airport – Kalkaji, is pending. The last TBM breakthrough on that section was achieved on November 28 at Munirka Station, and it’ll take at least another 6 months for trial runs to begin.