Over this weekend, the Bangalore Metro Rail Corporation Ltd. (BMRCL) made their February 2017 newsletter available for everyone to see the progress made on the 42.3 km Phase 1 project, of which roughly 12 kms of the Green Line is yet to open up for commercial services, as well as the 72 km Phase 2 project which is still in its infancy. There are 2 things I’d like to specifically point out before diving into Phase 1’s images and data:

Coming back to Phase 1, here are some new images:

In addition, I’d like everyone to take a good look at these images of Majestic Station’s South Shaft (view recent satellite imagery) which I shared yesterday on Twitter. This site is where TBMs Kaveri and Krishna made a breakthrough in June and September 2016, and its civil completion (followed by the back-filling of soil to cover it) is quite crucial. Workers are currently engaged in completing RCC work for the individual tunnels as well as laying the track-bed (slab/plinth) for the north-bound tunnel with the help of a concrete mixer. Once the track-bed is laid, then pending track-work for the north-bound line will be wrapped up. 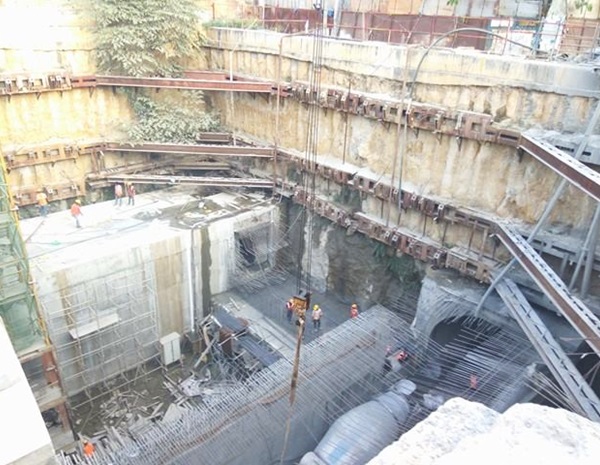 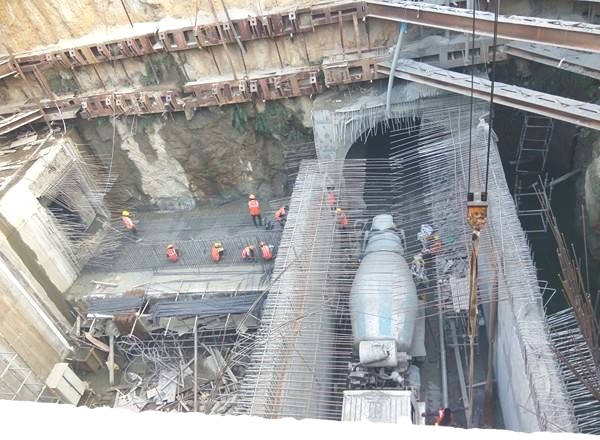 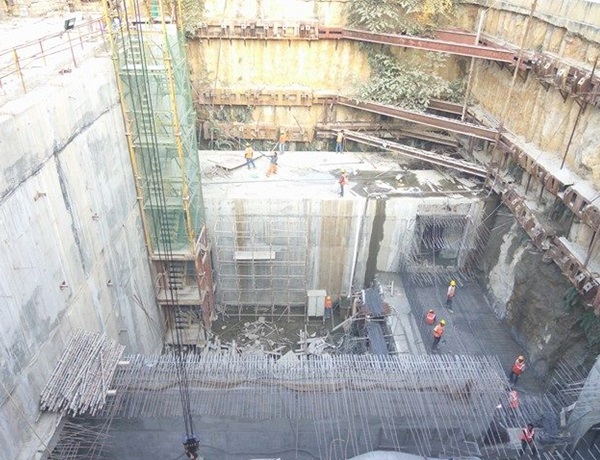 For those unaware, the BMRCL and Karnataka Government are publicly targeting to open the Sampige Road – Yelachenahalli section in April 2017, but internally are working towards meeting another deadline as there’s clearly many more months to go before the line becomes ready, tested and certified fit for safe public use.

Here’s a progress update on the 2 new underground stations. Interestingly, some of the targets have changed this month (marked by ? below) and that puts a serious dent on the validity of the data reported in the previous editions of the newsletter.

In the south-bound tunnel, track-work is complete and 3rd Rail installation for traction is in progress. If and when the BMRCL holds their big media event to mark the start of trial runs, then do expect them to run a manually operated train utilizing this south-bound tunnel’s line as the track-bed is still being laid for the north-bound tunnel – see the images above as well as this blurb from the newsletter:

Out of 4040 m of track 3200 m of track slab have been completed. Balance of track work is in progress and will be completed shortly.

As some of you might have noticed, the BMRCL’s official Twitter handle has lately been extremely quiet about Phase 1’s progress, but busy in sharing Phase 2’s images. While some of those updates are brilliant in their own right, this strategy reflects their absolutely poor understanding of what the people of Bangalore need at this point of time and how they’re going to disappoint the locals once again in April.

As I said last month, like it or not – the Green Line’s pending 12 km section is heading towards a 2018 opening. If the BMRCL opens half-complete stations like it did on the Purple Line’s underground section, then a Q4 2017 opening is possible.