Here’s a picture-post with some new images of Bangalore Metro’s upcoming Chickpet Station where major civil and interior finishing works are currently underway. These have been compiled from a bunch of sources and were shot over the past 2 weeks. Images of the station from my previous update in January can be viewed here: [Pics] Bangalore Metro’s Chickpet Station – January 2017

For those unaware, the BMRCL and Karnataka government have publicly been targeting to open this station, part of the pending 12 km section of the Green Line between Sampige Road – Yelachenahalli, in April 2017 (and remain quite adamant about it with impunity), but are internally working towards meeting another deadline.

Testing on the 4 km underground section between Sampige Road – National College is yet to start, and given how things are playing out on the public relations front, it doesn’t seem like the BMRCL will issue a new deadline this time around. Instead, their strategy now is to act confident until April and then take it from there. Once we enter April, it’ll be interesting to see what facet of the project they blame this manufactured delay on – testing issues? safety inspection? Surely not civil work.

An open shaft on the northern end – Photo Copyright: a TMRG follower 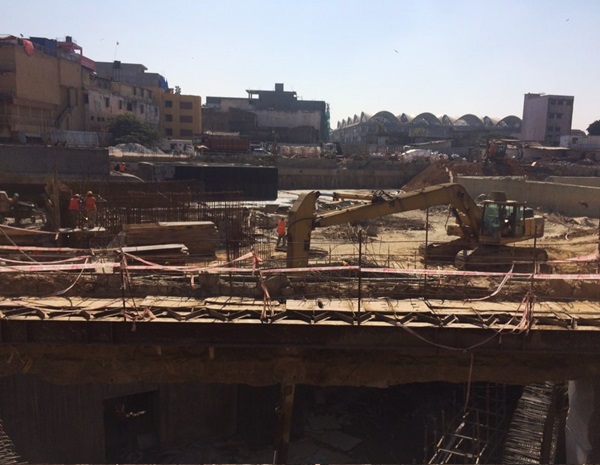 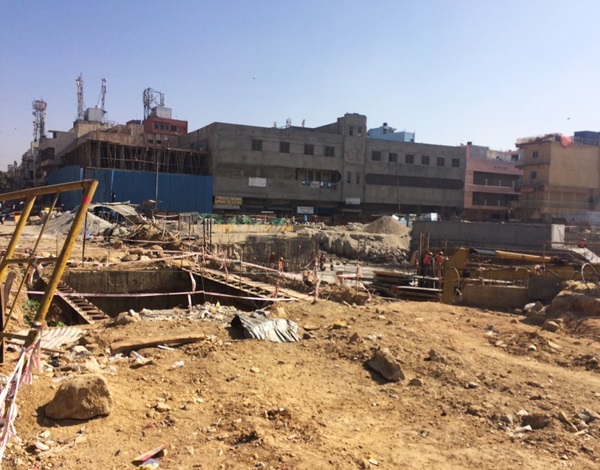 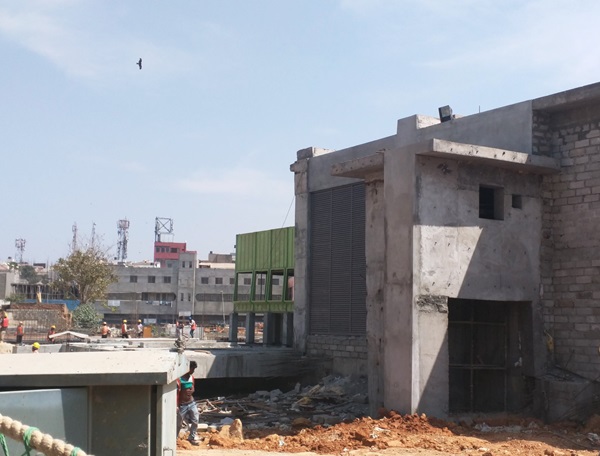 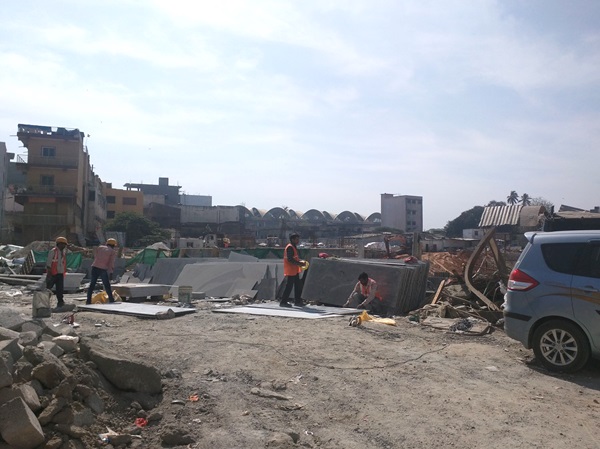 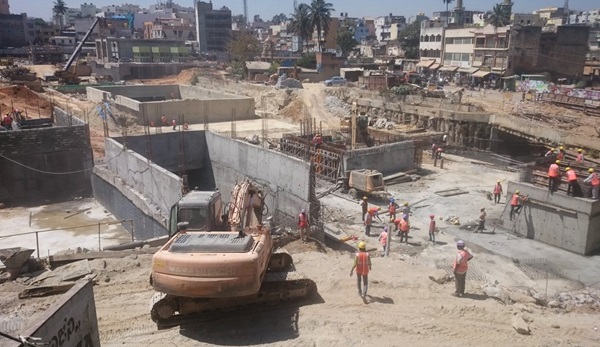 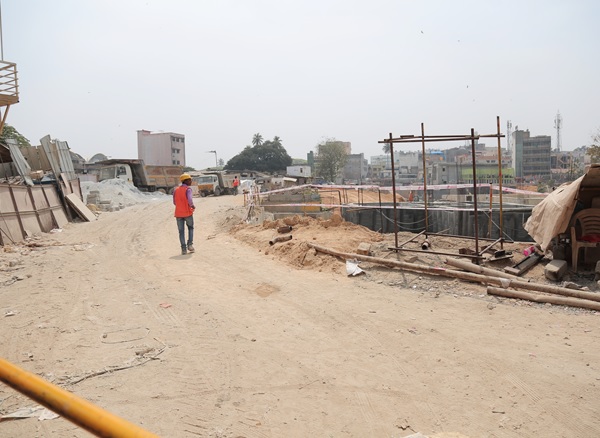 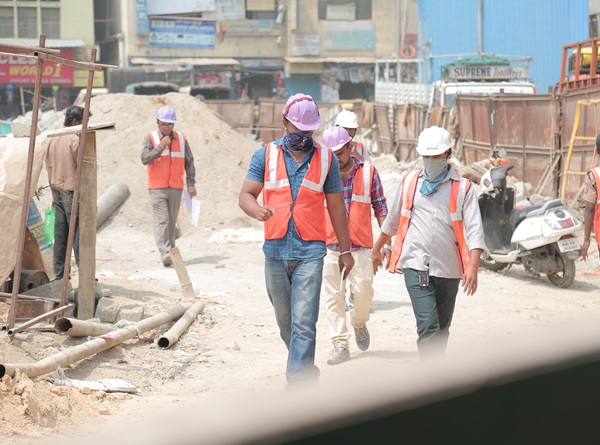 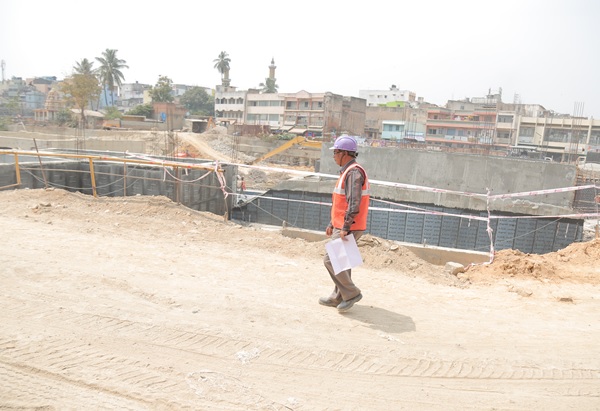 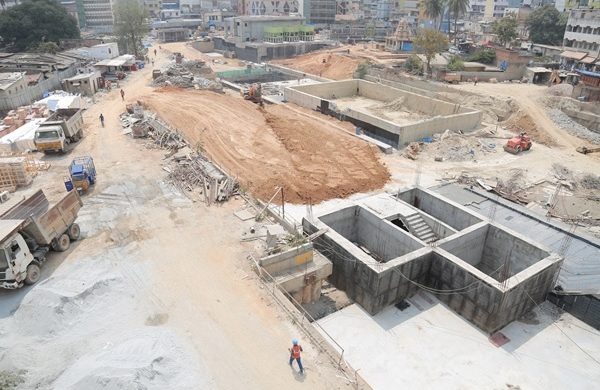 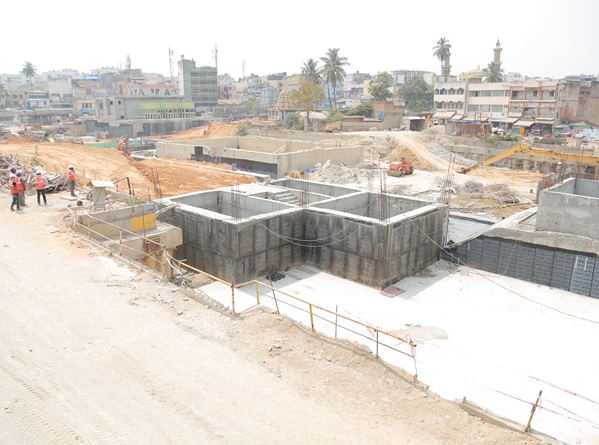 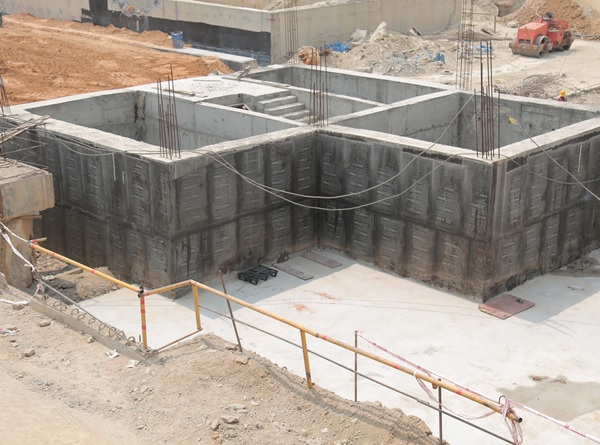 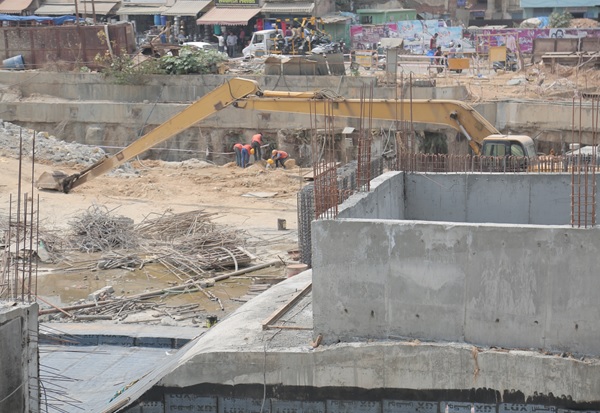 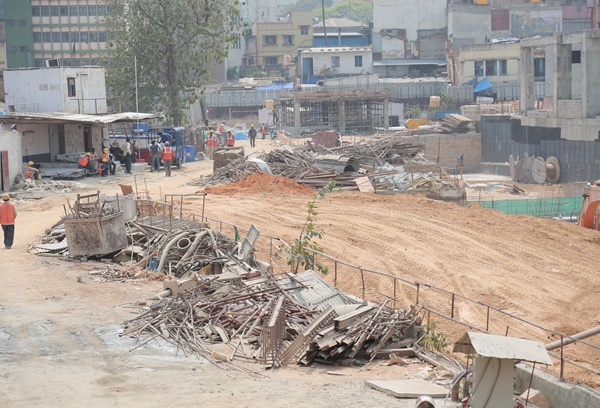 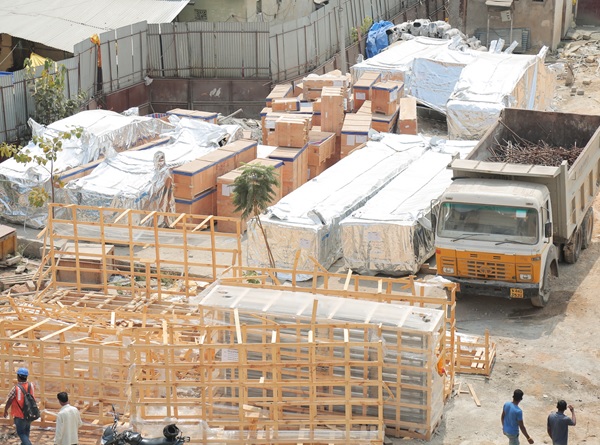 While I do not have any images from the underground concourse & platform levels at this time, I do not expect them to look significantly better than what we saw in January. As I’ve mentioned in Phase 1’s February update, don’t hold your breath for an April opening as this line is heading towards a late-2017 opening with a good chance of opening in 2018 as well.