What a pleasant surprise! This news came out of nowhere…

After recently receiving the mandatory safety approval from the Commissioner of Metro Rail Safety (CMRS), Rapid MetroRail Gurgaon (RMRG) – the operator of Gurgaon’s Metro, will today flag off trains from the DLF Phase 1 station at 3pm to launch commercial operations on its new 7 km Phase 2 line. This 7 km extension consists of 5 new elevated stations and will extend the existing 5.1 km loop line around DLF Cybercity southward towards Sector 55-56 along the Golf Course Road.

The foundation stone for the line’s extension under the Phase 2 project was laid in October 2012, and in June 2013, IL&FS Engineering and Construction announced that they had been awarded a Rs. 266.5 crore contract to construct the line’s viaduct and stations. Between August 2015 – February 2016, RMRG received 7 new train-sets of 3 coaches from CSR Zhuzhou (Siemens’ subcontractor) to service the line, which they launched one after the other on top of the line’s viaduct – see a cool image here as well more images here:

The viaduct’s last I-girder was launched in May 2016 (see image) and trial runs on the line commenced in December 2016. In addition to the DLF Cybercity Depot, RMRG will house, maintain and run trains from their new, larger Sector 53 Depot as well. The 5 new stations in Phase 2 of the line are located at DLF Phase 1, Sector 42-43, Sector 53-54, Sector 54 Chowk and Sector 55-56. 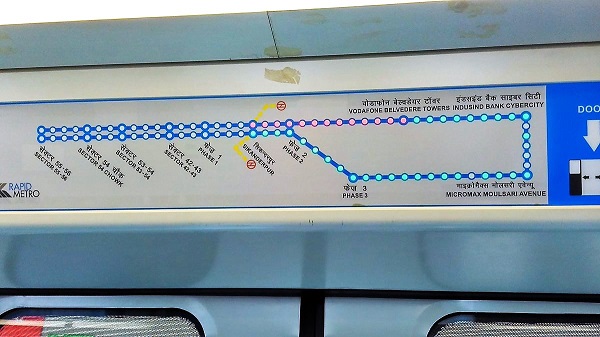 A RMRG official explained their train operation plan to the TOI:

To begin with, the trains will operate at a frequency of 4-5 minutes. However, this can be increased as per requirement. We have a total of 12 trains, of which two will be kept on standby, to be used whenever frequency needs to be increased. There are two depots right now — one near Cyber City, the other near Sector 54 chowk.

Here are some images of the line’s new viaduct I’ve previously shared via Twitter: 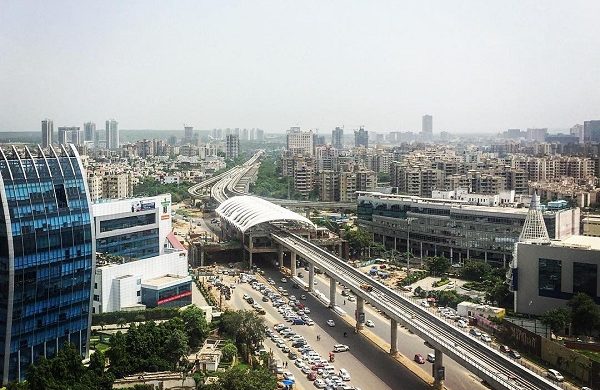 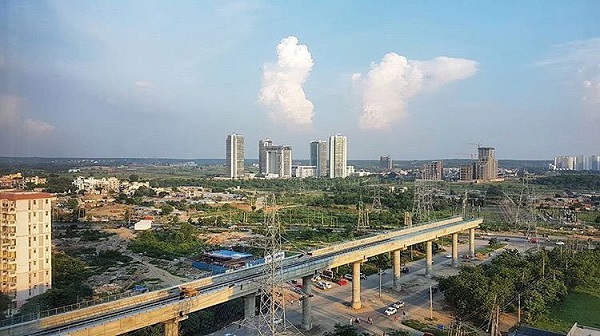 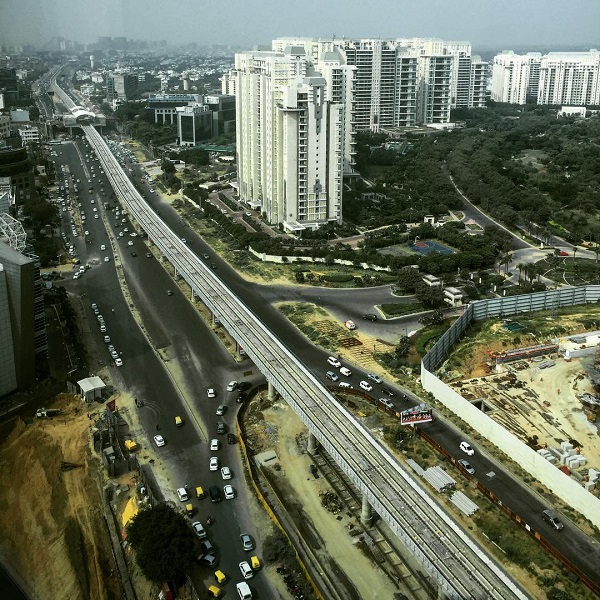 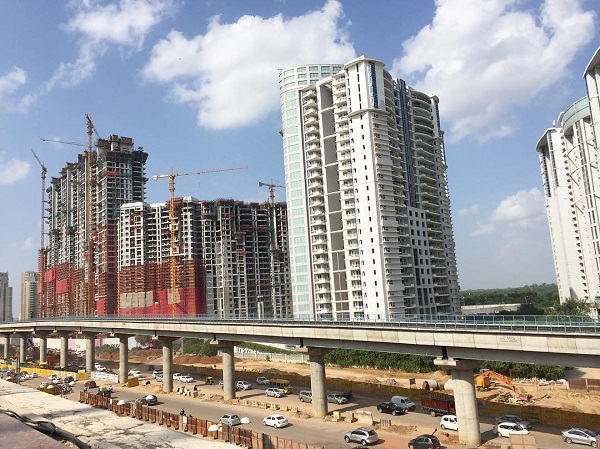 After operations start, Gurgaon’s Metro will become 12.1 km long – longer than Mumbai’s 11.4 km and Jaipur’s 9.63 km lines. Stay tuned for a post laden with new images from its launch!