DMRC invited bids for 3 packages of this service in December 2016 while it was awaiting the Delhi Government’s approval which finally came through in January 2017. The 3 contracts for it were awarded in early March:

TMRG follower Simarjeet Singh spotted men with a tripod in west Delhi’s Keshopur by which the Magenta Line’s 28.92 km Janakpuri (W) – RK Ashram extension will be built on the Outer Ring Road: 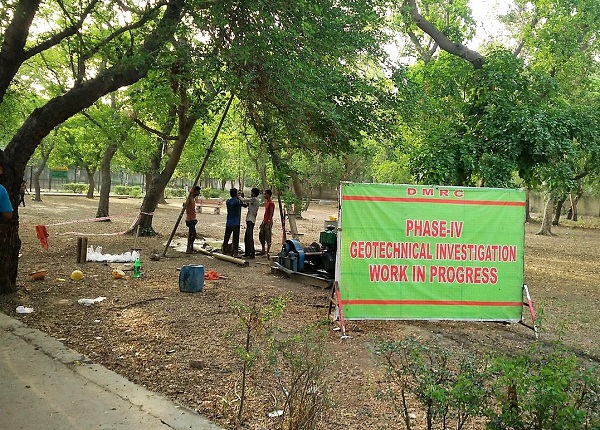 …and Aby Kunjachen spotted work by Cengrs Geotechnica at Sangam Vihar on the Mehrauli – Badarpur Road under which the new 20.20 km Tughlakabad – Saket – Aerocity line will primarily run underground. Note the blue tripod behind the barricades. 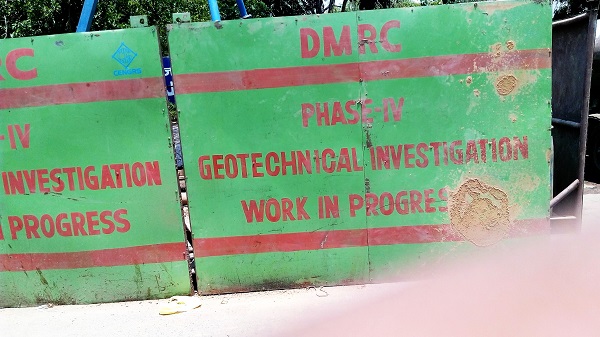 Apart from last week’s approval of the Red Line’s 4.86 km extension to Kundli, things haven’t significantly changed in the pre-construction stage since my previous update which included an updated official map & detailed table of the project.