On this Sunday, a new coach built by BEML Ltd. for Delhi Metro’s Red & Blue lines caught fire after it got in contact with a live electrical wire in southern Bangalore’s Konappana Agrahara Village. The coach was being transported on top of a trailer, like it typically is, and the driver of the logistics company was able to escape with no injuries.

The coach was oddly being transported via a longer circuitous route through NH-44 (old NH-7) and was about to turn towards the NICE Peripheral Road when the incident occurred on the highway’s northbound lanes. The local Electronics City police is investigating the incident, and at this point, no further details are available on whether parts of it can still be salvaged or not. 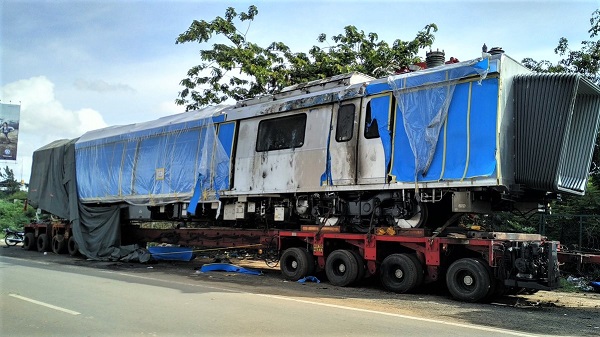 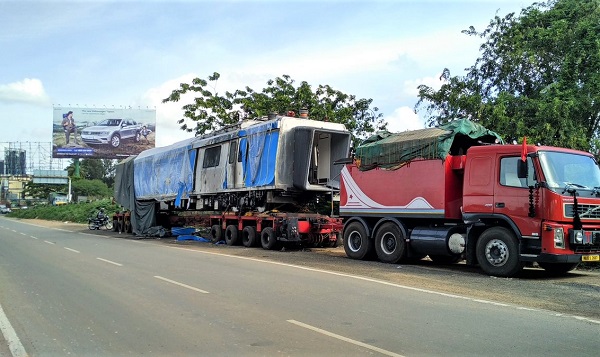 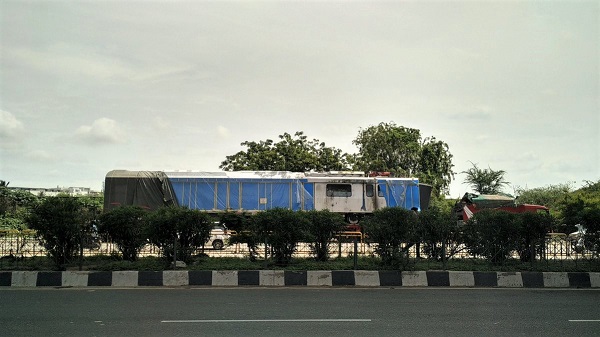