Kolkata Metro Rail Corporation – the operator of Kolkata Metro’s upcoming 16.34 km ‘east-west’ Line-2  just unveiled the first look of its new trains that are currently being manufactured at BEML’s plant in Bangalore.

The line’s Rs. 900 crore rolling stock contract for 14 new train-sets, comprising of 6 coaches each, was awarded to BEML in January 2016 after they emerged as the sole bidder for the contract in September 2015. Prior to this, KMRC had awarded the rolling stock contract to Spain’s Construcciones y Auxiliar de Ferrocarriles (CAF) in 2009, but the company pulled out of the project in 2014 due to cost escalation issues and non-payment of Rs. 70 crore (10% of cost) by KMRC as a mobilization advance.

We are expecting the first rake to come by December. The trains will undergo safety trials and be ready for commercial runs by the time the first phase of the project is unveiled around June next year.
– Vishwesh Chaubey, Chairman of KMRC to The Telegraph

The ‘first phase’ mentioned above refers to the primarily elevated and long completed 7 km section between Sector V and Phoolbagan – view map here. In the next phase, currently under construction, the underground section of the line will connect Phoolbagan to Howrah Maidan via tunnels underneath the historic Bowbazar & BBD Bagh districts of the city and Hooghly River. 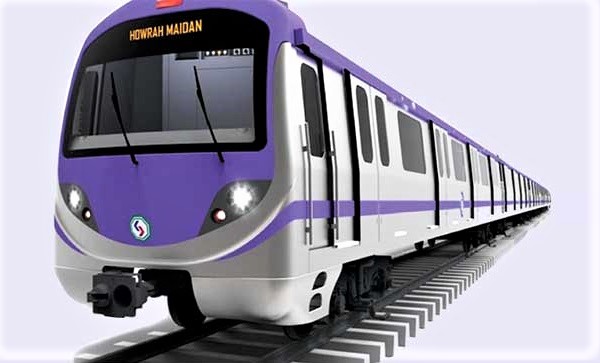 The 2.9m wide trains will be operated with 6 coaches from the onset and be capable of carrying a max of 2068 people (crush-load). The trains’ on-board design features & facilities are fairly standard with CCTV cameras, air conditioning, emergency push-to-talk buttons etc. 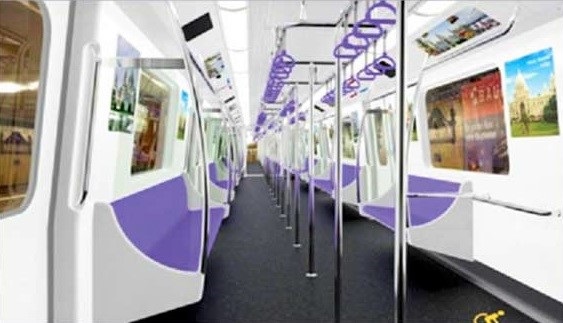 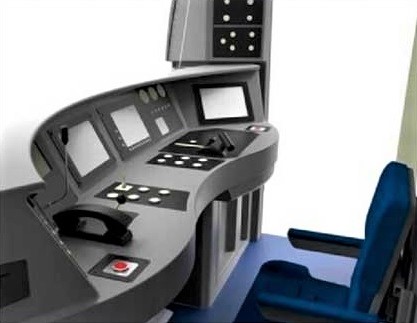 Details on their grade of automation, max axle load or propulsion system are not available at this time.

Last year, ‘Metro Railway, Kolkata’ – the operator of Line-1 and other upcoming lines unveiled their new CRRC trains’ design which are currently being manufactured in Dalian, China. Those trains are also scheduled to start arriving in the city before the end of this year.