The bridge’s central span is 213 feet long while the spans on either end are 130 and 107 feet long. L&T used a 100 MT launching gantry crane for its construction and had to carry out work in the night utilizing 3 hour railway blocks. Work on its central span was held up for an entire year until December 2016 when HMRL was finally able to secure permission from the Postal Department and South Central Railway (SCR) to carry out work.

As per Hyderabad Metro’s press release –

A special method called ‘Bridge Builder’ method was used for the first time in the Hyderabad Metro Rail project, stated MD, HMRL Mr. NVS Reddy. Erection and movement of the ‘Bridge Builder’ device weighing about 100 metric tons and the heavy duty cranes to lift the precast segments etc., with all safety precautions and without causing disruption to the continuous movement of trains, station operations, passengers and road traffic was an engineering nightmare, he added. To meet these multiple technical challenges, the ‘Bridge Builder’ was specially built and load tested initially in the Uppal casting yard for all safety parameters and structural stability before bringing it to Begumpet site and mounting it on the already built Metro viaduct from both Varun Motors and Country Club sides.

After erecting the Bridge Builder on both sides, it was anchored safely with proper counter weights, special steel bars called MacAlloy steel barsetc., to ensure the stability of the Bridge Builder against overturning. 18 segments weighing 50 tons each were incrementally launched as a cantilever hanging bridge from both sides with utmost care and safety standards. Each precast segment was lifted in tandem by cranes and placed on a trolley on top of the deck slab with temporary tracks for moving the segment forward to the centre of the Bridge Builder.Thereafter, the segment was carefully rotated from inside and lowered to its designated position. Once the segment was properly placed in its position, it was glued and attached to the already completed portion of viaduct with HTS cables (steel wires) and pre-stressed, so that the new segment became an integral part of the viaduct.

Then the so attached segment itself became the support base for moving the Bridge Builder forward and the next segment was again erected and attached in a similar manner. All the 18 precast segments were thus attached to the earlier portion of the bridge incrementally one after one from both Varun Motors and Country Club sides and they became a 100 feet long cantilever hanging bridge till both sides reached the midpoint. After so launching all the segments from both sides, in situ concreting was done for casting the middle segment by making use of a special anchoring platform 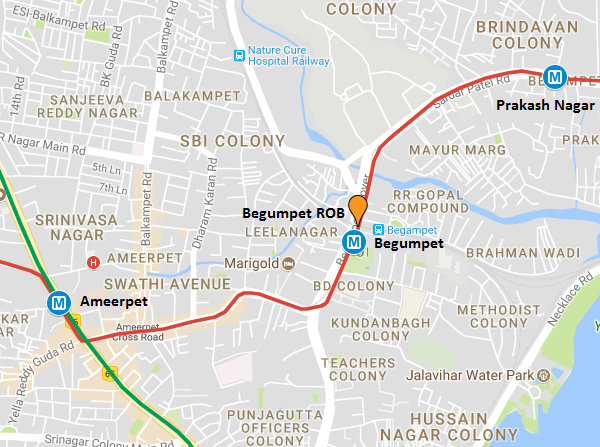 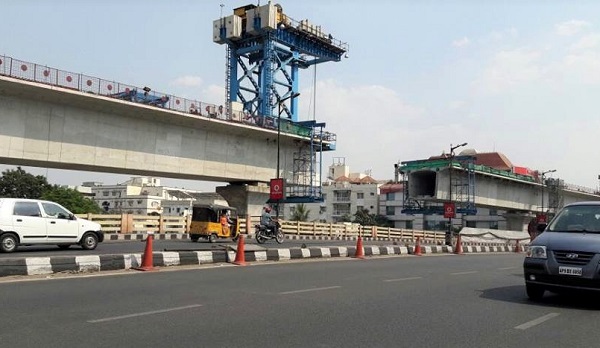 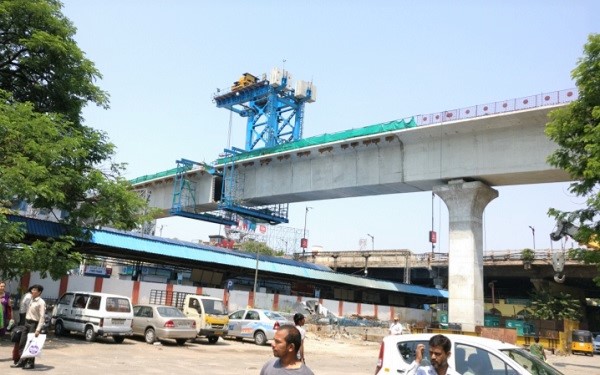 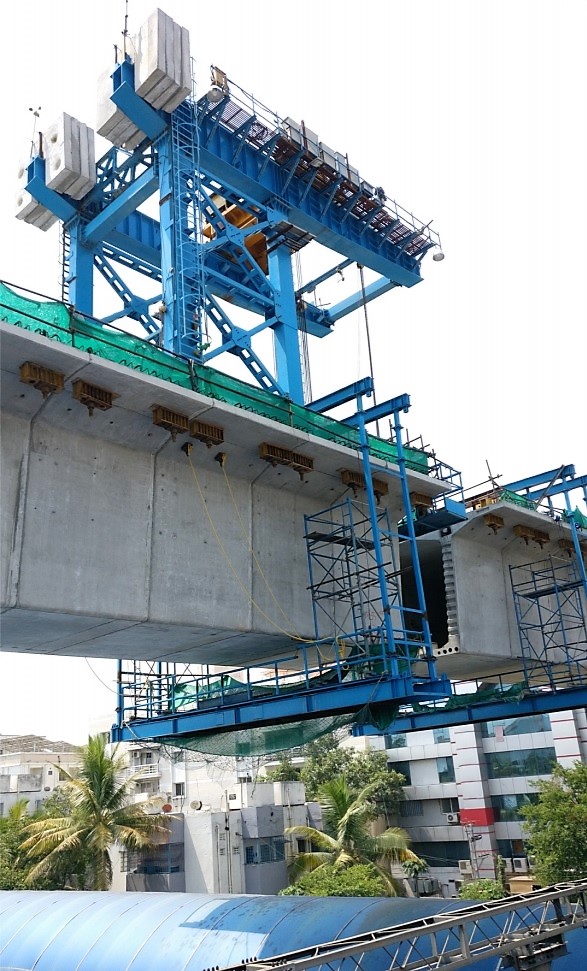 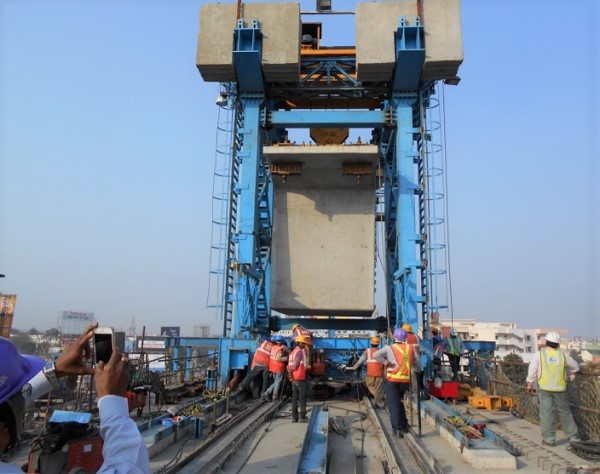 Final segment being rotated prior to its placement – Source – HMRL 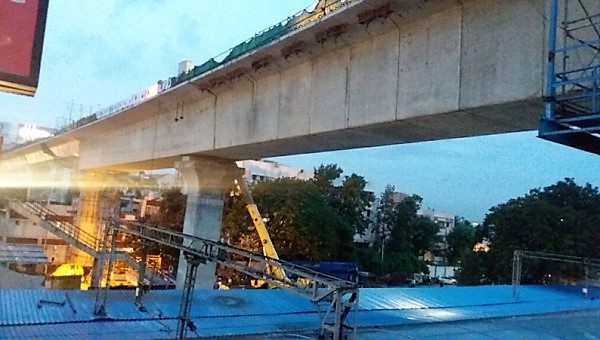 This is just one of 8 railway crossings that Larsen & Toubro has to build for its 3 lines in the 72 km Phase 1 project. The other 7 are located at: