After J Kumar Infraprojects launched their first U-girder for package CA-02 of Mumbai Metro’s 16.5 km Line-7 in May 2017, the other two contractors of the line, NCC and Simplex Infrastructures, also launched their packages’ first 24.90 long U-girders in mid-June and early-July respectively on different sites along the Western Express Highway.

Even as the ongoing monsoons’ onslaught slows things down in the city, contractors are using every dry period available to build the line in order to meet the tight 30 month deadline for completing civil work from the month of April 2016 when civil contracts were awarded by the Mumbai Metropolitan Region Development Authority (MMRDA) .

The first pier for the Magathane – Dahisar East section was cast in December 2016. This section consists of 5 stations at Magathane, Devipada, National Park, Ovaripada and Dahisar East (interchange with Line-2) – 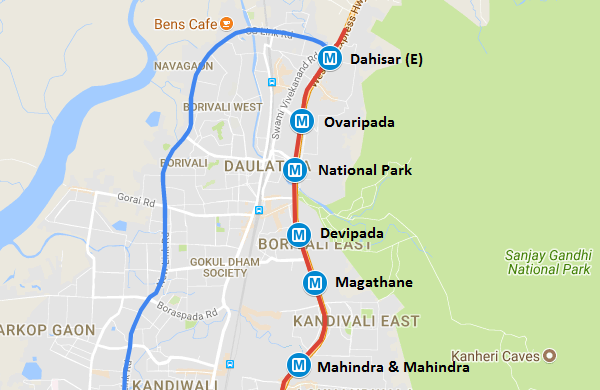 1st U-girder can be seen on the far-left side – Photo Copyright: Sahil Pednekar

The first pier for the Andheri East – Aarey section was cast in January 2017. This section consists of 5 stations at Andheri East (interchange with Line-1), Shankarwadi, JVLR Junction, Mahanand and New Ashok Nagar – 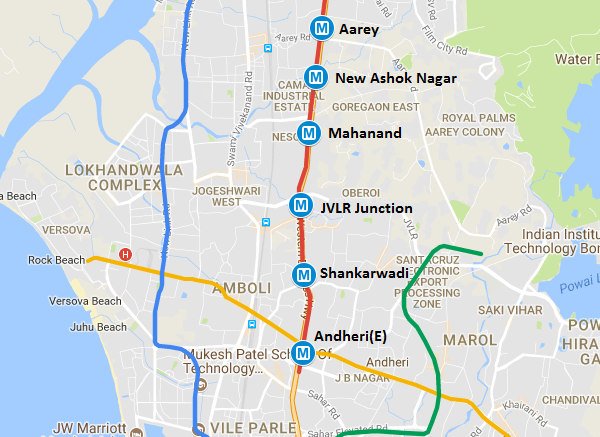 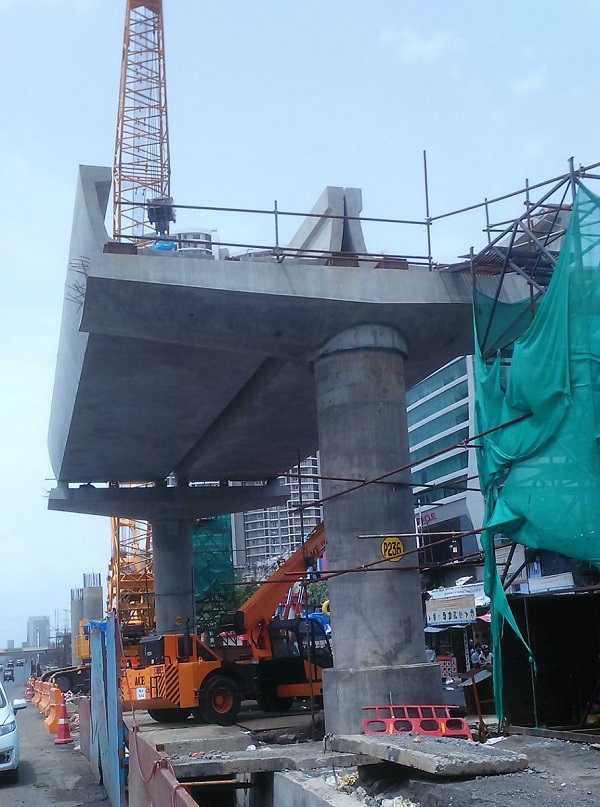 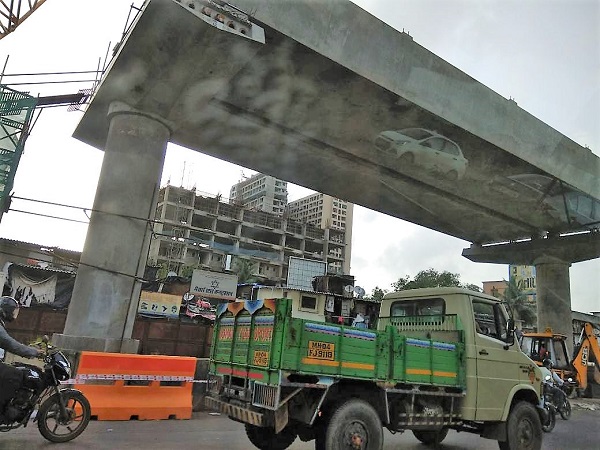 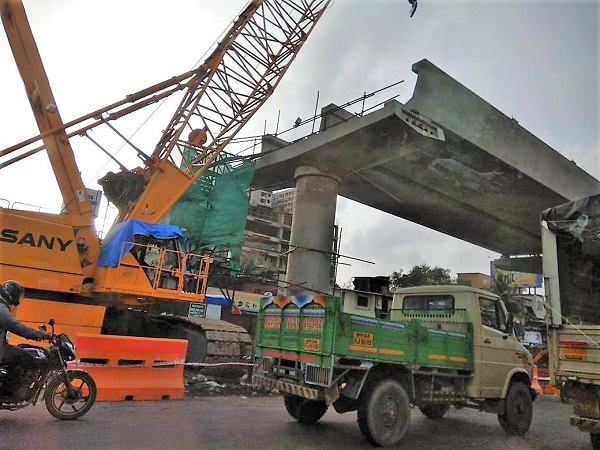