On this past Sunday, Kalindee Rail Nirman – the ballastless-track contractor for Lucknow Metro’s 22.8 km Line-1 began laying tracks inside both the up-line and down-line tunnels between Sachivalaya & Hazratganj stations. Tunnel Boring Machines S52 and S53 had completed tunneling works on this 780m portion of the 3.44 km underground section in August 2017 after which track-bed concreting work started.

As per a LMRCL official – 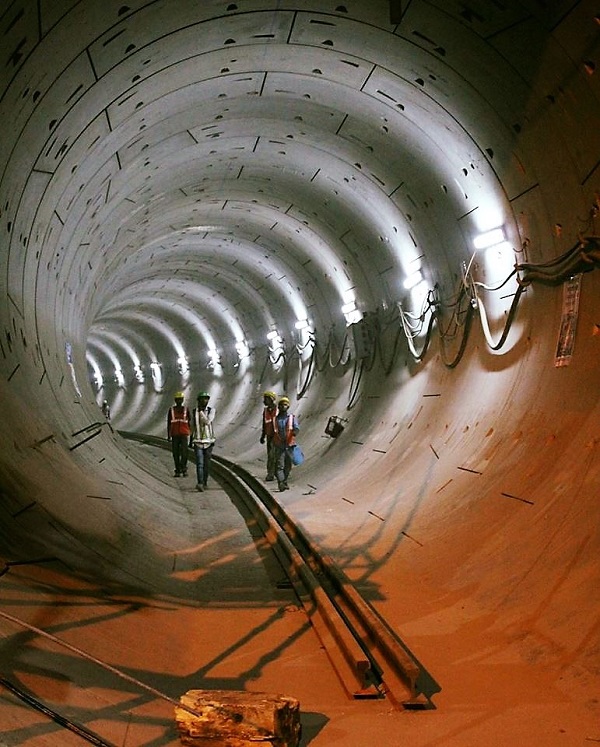