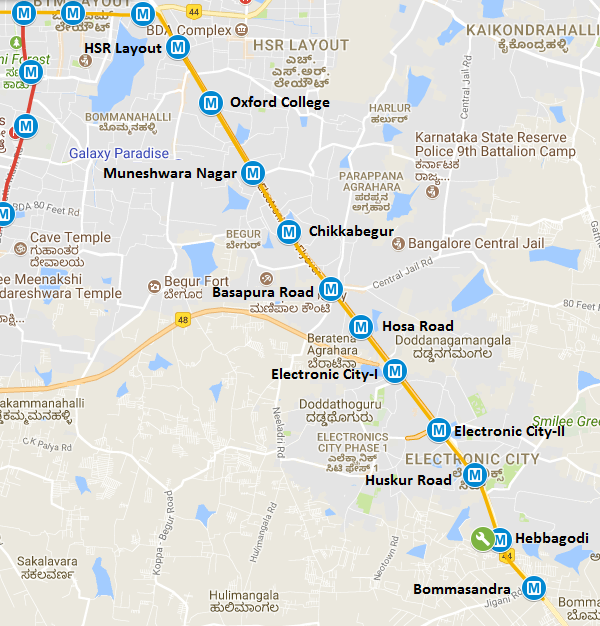 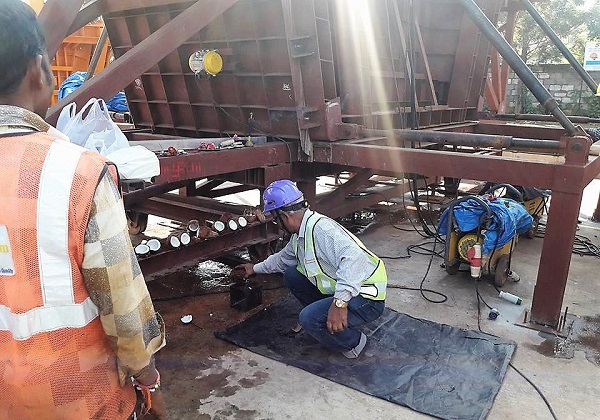 Update – some low-resolution images from the November newsletter – 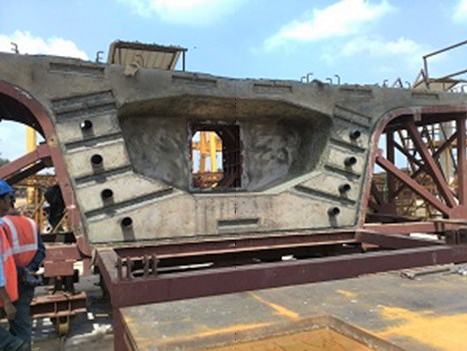 Work to setup ITD’s casting yard at Chandapura began in July 2017. Here are some images from BMRCL’s September 2017 newsletter – 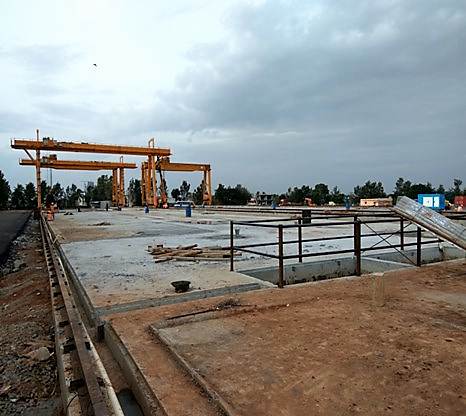 3 rolling gantry cranes to move & stack segments like this

The newsletters haven’t indicate the total number of segments planned to be cast. Going forward they’ll include it, like done for the other stretches.

Demolition and piling works can be seen happening at different places along the line’s alignment, images of which I’ve tweeted and re-tweeted on Twitter. From the October newsletter, here’s an update on the pre-construction activities happening behind the scenes –

• The General Arrangement drawing and land plans have been prepared.

• The permission for use of NHAI service road for construction of viaduct and stations by NHAI of Bangalore Metro Rail between Central Silk Board and Bommasandra is obtained from NHAI. The MOU (Memorandum of Understanding) has been entered between NHAI & BMRCL.

• BMRCL has proposed modifications in location of service road to the extreme western edge along NH on Hosur Road. This proposal is already presented to NHAI. The present utility corridor will not be disturbed resulting in minimum shifting of existing UG utilities wherever there is infringement with metro structures. Trial trenches are being taken for identification of UG utilities for confirming infringement with metro structures.

• The Detailed Design and Drawings of viaduct and stations are in progress. The Road widening plan has been prepared and submitted to Traffic police and permission letter is obtained from Addl. Commissioner of Police (Traffic).