Over the past couple days, workers from the ITD – ITD India Cem JV completed casting their first pier for Bangalore Metro Purple Line’s 15.257 km Whitefield extension. This pier is located north of the Hope Farm Junction and is a part of the under the 73.95 km Phase 2 project’s 7.218 km package Reach 1B (Visvesvaraya Industrial Area Station – Whitefield).

Piling work to build this pier’s foundation began in June 2017 – barely 45 days after the firm was awarded with a Rs. 689.51 crore contract by the Bangalore Metro Rail Corporation. Towards the end of August, workers began tying up rebar to form the pier’s skeletal structure. 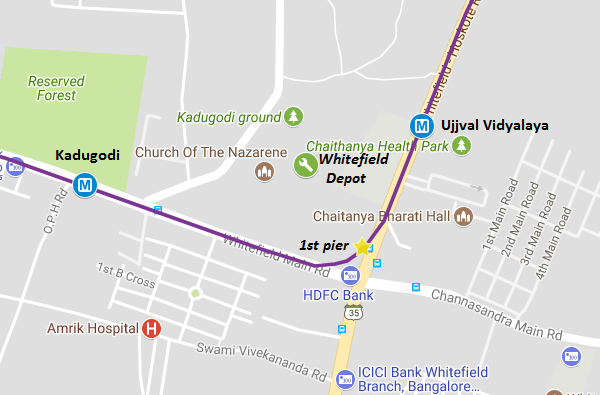 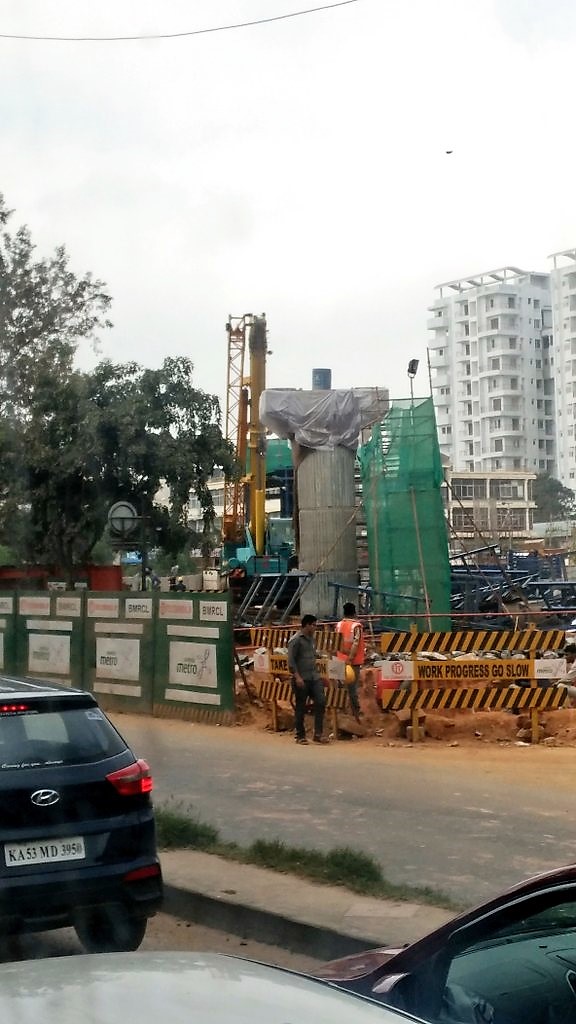 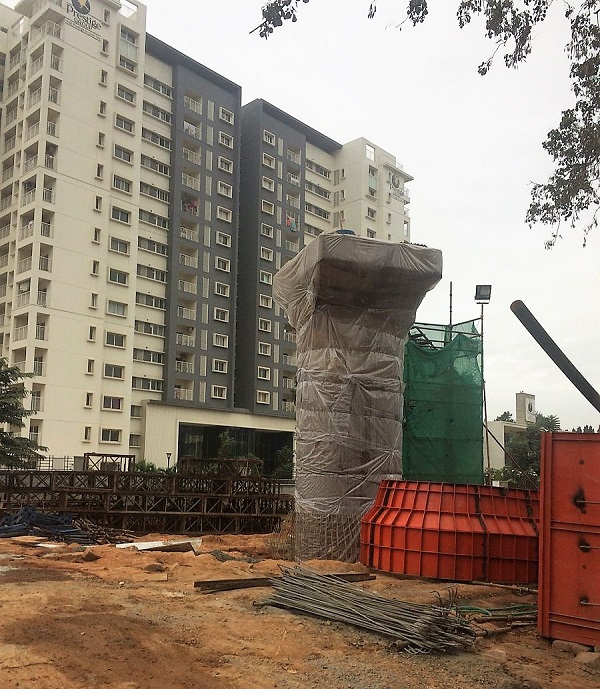 December 2 Update – Here’s how it looks now, confirmed to be oval in shape –

From the recent November newsletter, here’s a look at other piers in its vicinity – 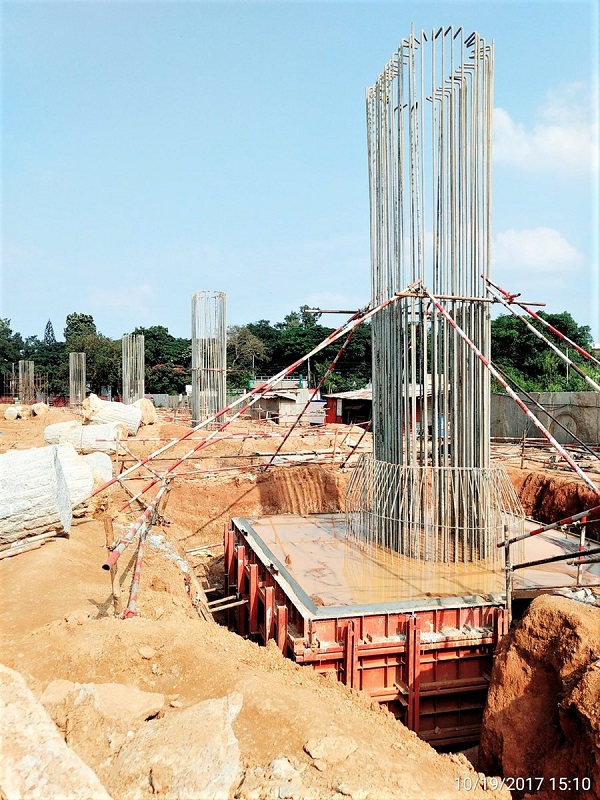 Piers have started appearing at many other places, such as Phoenix Marketcity (see image) and Graphite India Junction (see image) where casting formwork was recently delivered.

ITD Cem has taken only 7 months to cast their first pier since receiving the letter of award (LoA) in April. For comparison, IL&FS ECC on Reach-2A (Mysore Road – Pattanagere) took 17 months, Soma Enterprise on Reach-2B (Pattanagere – Challagatta) took 10 months and NCC on Reach-4B (Yelachenahalli – Anjanapura Township) took 9 months. Things here are progressing nicely wherever the contractor has a clear right-of-way, but land acquisition still remains a concern for the other parts, especially the Baiyappanahalli – KR Puram stretch.