Less than an hour ago, India’s Prime Minister Narendra Modi and Telangana Chief Minister K. Chandrashekhar Rao inaugurated services on the first 29.80 km section of Hyderabad Metro’s 72 km Phase 1 project between Miyapur – Ameerpet (Line-1) and Nagole – Ameerpet (Line-3) at an event held at Line-1’s Miyapur Station.  The 30 minute programme started with an inaugural plaque getting unveiled outside of the station, followed by a ribbon getting cut inside and a short video presentation, and culminated with the inaugural train getting flagged off towards Kukatpally and back.

Hyderabad’s metro project has been developed under the public-private partnership (PPP) model, with Larsen & Toubro executing the project on the Design-Build-Finance-Operate-and-Transfer (DBFOT) basis with a concession period of 35 years and renewal period of a further 25 years. After the concession agreement with L&T was signed in September 2010, the project’s ground breaking ceremony to start construction work took place on April 26, 2012.

L&TMRHL finalized the line’s fare chart in November 2017 and Keolis SA (operations & maintenance contractor) initially plans to run services from 6 am to 10 pm by deploying 18 Hyundai Rotem trains at a headway of 15 minutes, equipped with Thales’ SelTrac Communications-Based Train Control (CBTC) solution, to serve users through 24 stations spread across 2 lines – 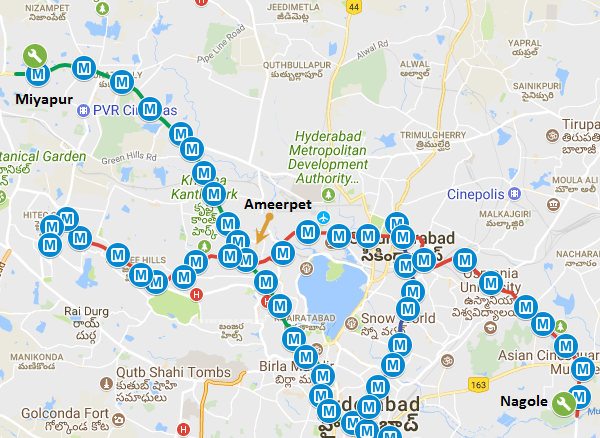 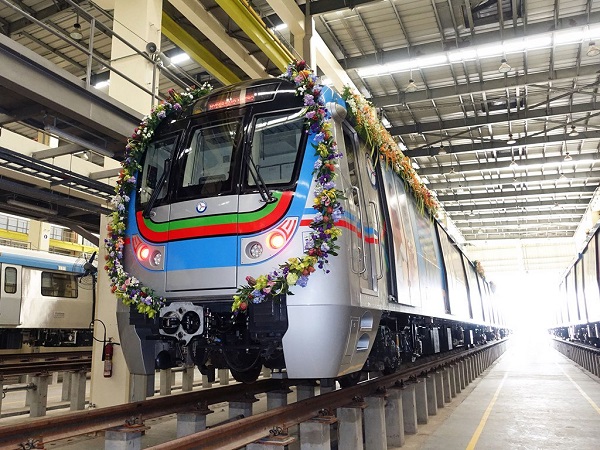 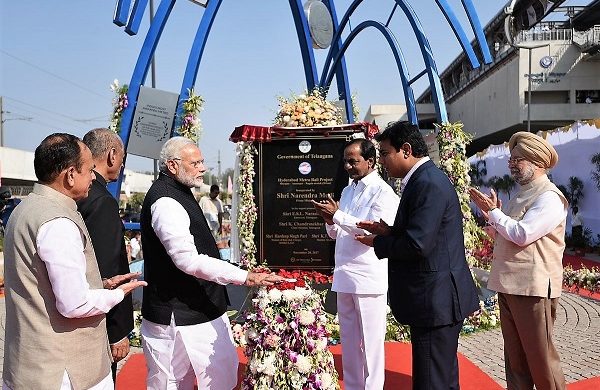 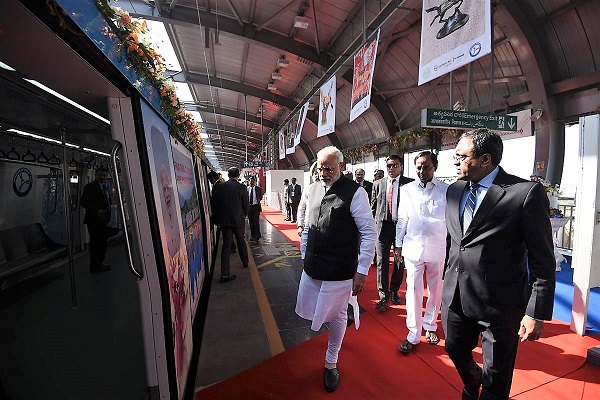 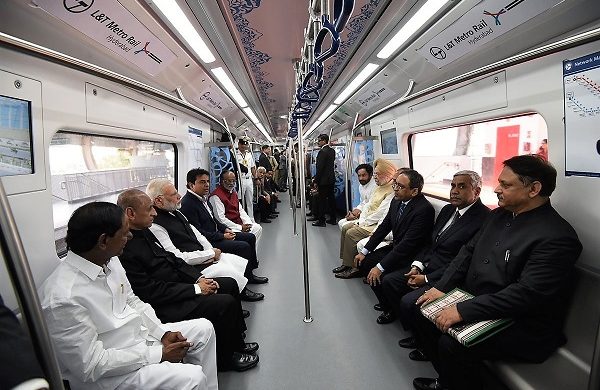 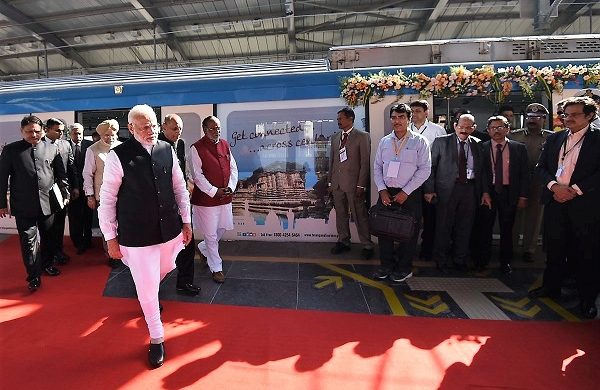 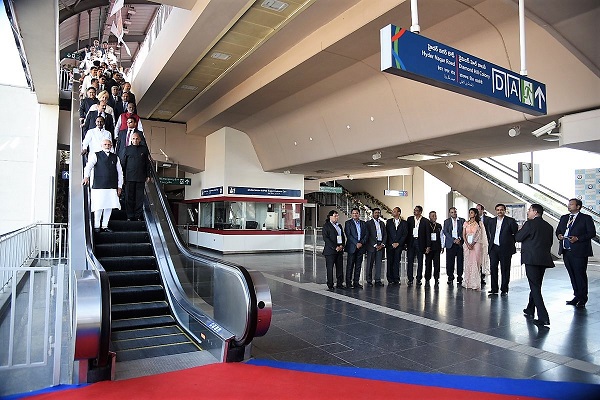 On the way out of Miyapur Station – Photo Copyright: PIB India 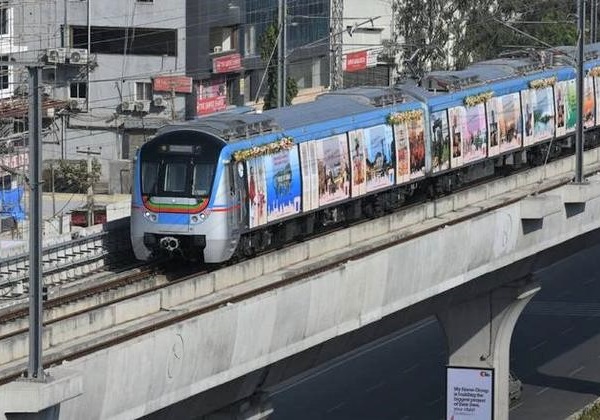 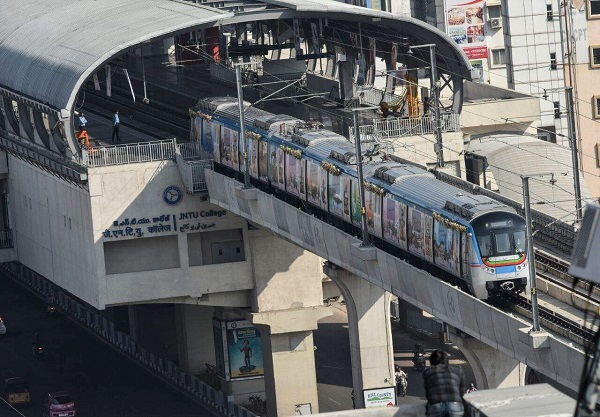 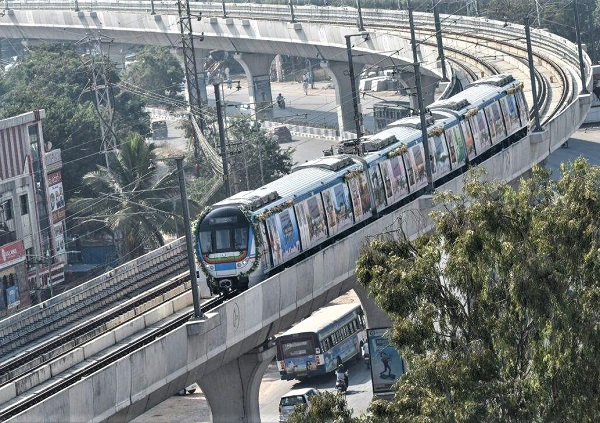 Commercial operations on both lines start tomorrow morning at 6 am. Once that happens, Hyderabad Metro in one shot will become the 3rd largest network in the country after Delhi & Bangalore, beating Chennai (27.9 km) and Kolkata (28.1 km).