The line’s inauguration event was short & simple, and started with an inaugural train getting flagged off right away from Majlis Park towards South Campus. Here’s a detailed schedule that was supposed to be followed  – 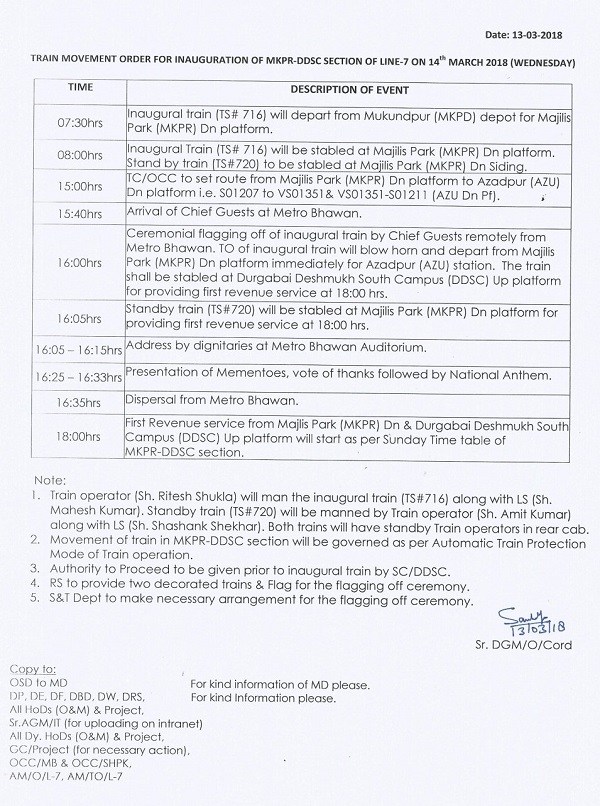 The Pink Line is equipped with Bombardier Transportation’s CITYFLO 650 communications-based train control (CBTC) signalling solution which enables Delhi’s new Hyundai Rotem trains to be operated on both the unattended “driverless” and automatic train operating (UTO and ATO) modes. All stations are equipped with platform screen doors for rider safety and have been built as green buildings with specific provisions for the conservation of energy as well as better CO2 saving, water saving and waste management arrangements – see more on that here.

This stretch of the 162.5 km Phase 3 project was built by 7 different contractors including Larsen & Toubro, HCC & J Kumar Infraprojects. A brief high level history of the line’s construction from tendering to tunneling, with images of all 12 TBM breakthroughs and 4 steel truss bridges, can be viewed here.

Images of many stations’ interiors can be viewed here.

Some images of the inauguration event – 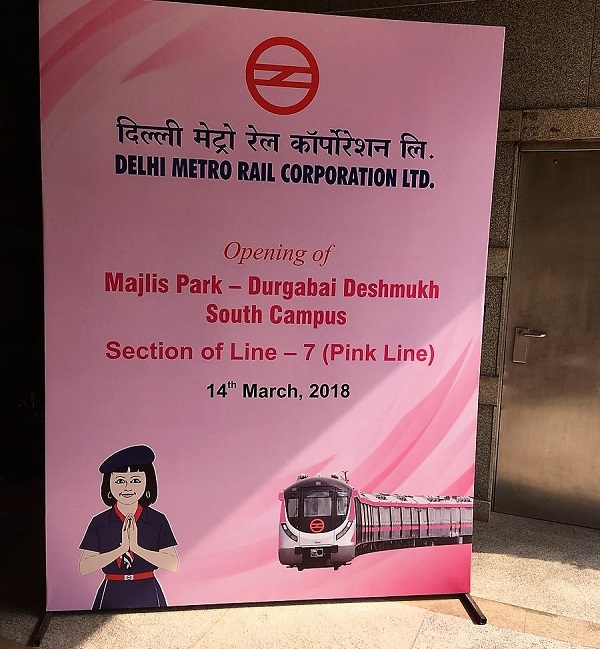 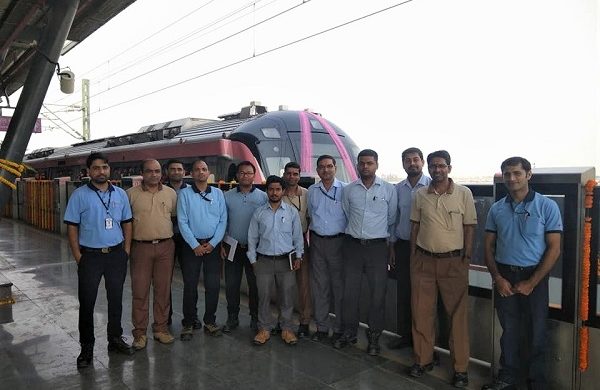 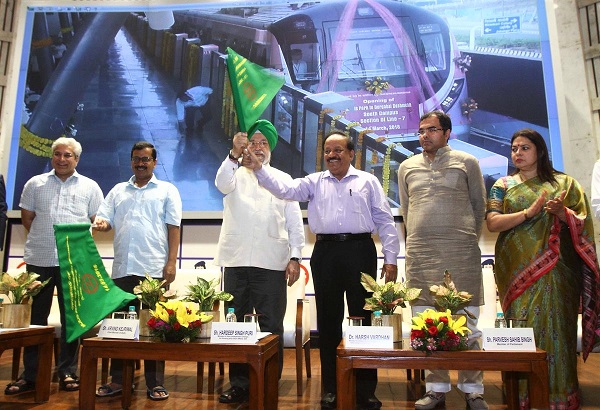 The line will open to riders at 6 pm. I’ll add more images here later during the day. In the meanwhile, enjoy this really cool image shot during service trials at the line’s roller-coasteresque hump at Dhaula Kuan – 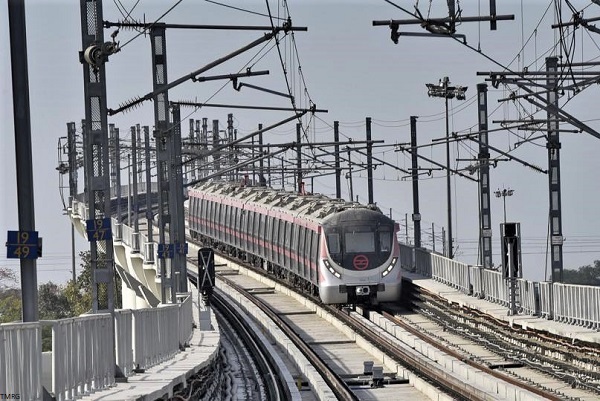 Update – The line is now open. Here are some images – 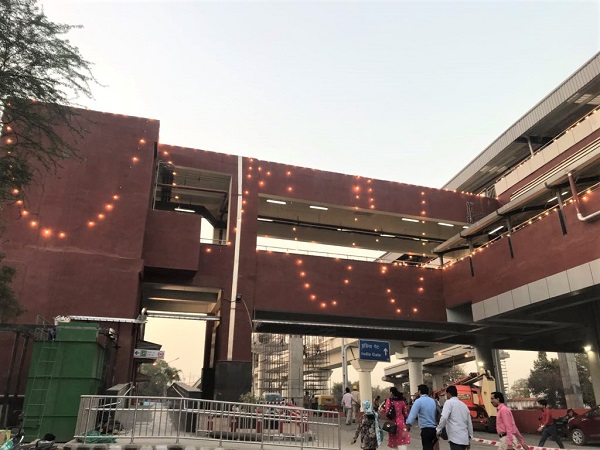 One of South Campus’ entry/exit structures lit up for the ocassion – Photo Copyright: Sweta Goswami 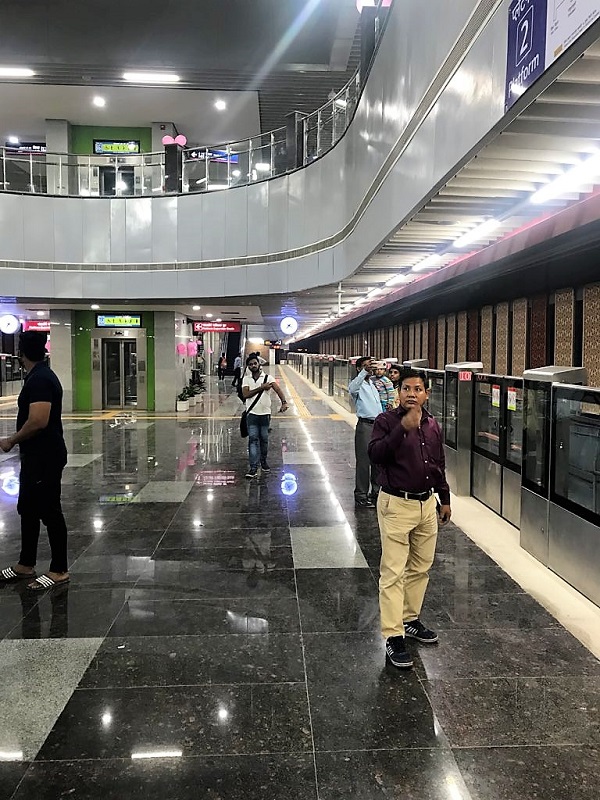 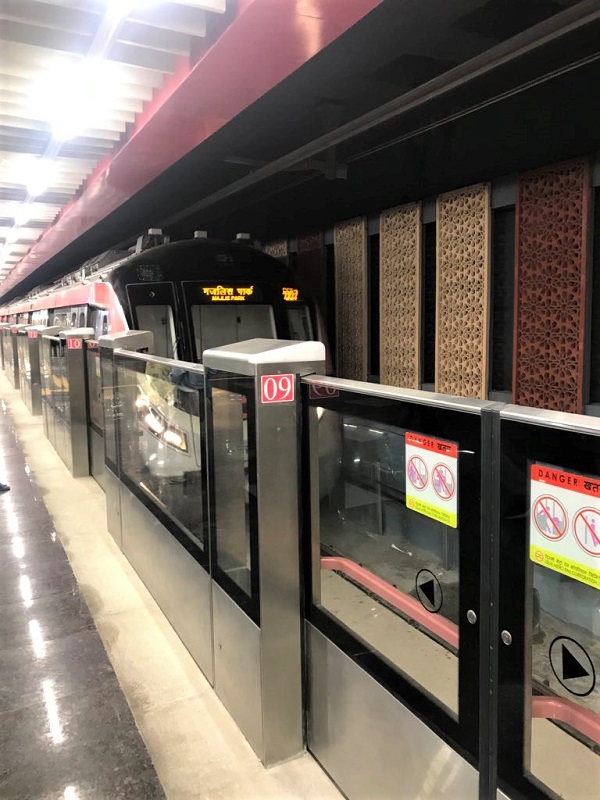 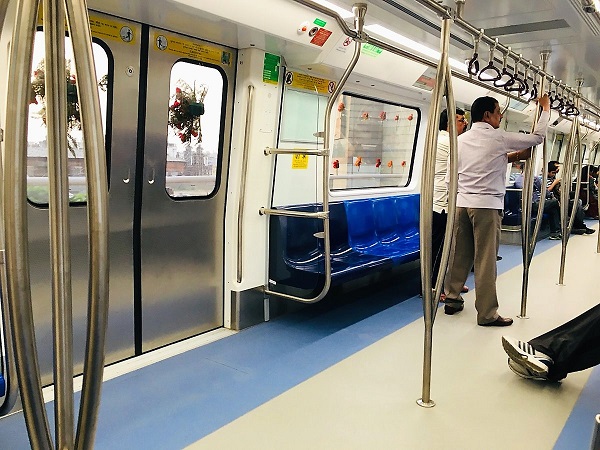 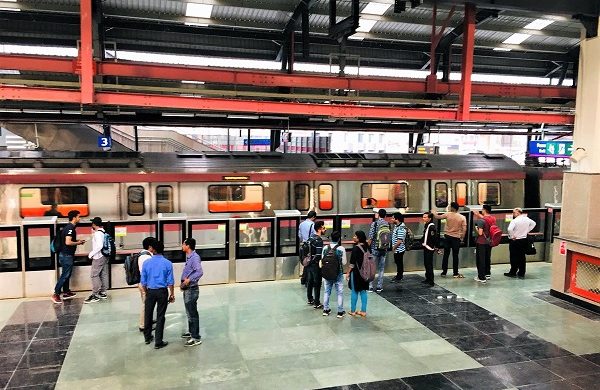 With this development, Delhi Metro’s network has become 252.5 km long with 182 stations of which 15 provide interchange connectivity. The highest point in the network is now located at Dhaula Kuan where the Pink Line’s viaduct has been built 23.6m above SP Road in order to safely pass over the Airport Express Line’s viaduct. That’s one figure which I’m not too proud of; I would have taken a proper & closer interchange facility here any day over what’s been built.