With only a couple more hours left before the 4.4 km Samaypur Badli extension of the Yellow line is thrown open to the public, here’s a quick post looking back at its history.

September 16 2011 – J Kumar Infrastructure is handed over the Letter of Acceptance (LoA) by the Delhi Metro Rail Corp (DMRC) for contract CC-02 of Phase III with a civil construction deadline of June 15 2013 after they emerged as the lowest bidder. The original plan called for 3 stations named: Shalimar Place, Rohini Sector-18 and Badli.

January 2012 – Construction work begins for the line with a casting yard setup in Badli to churn out I-shaped girders. 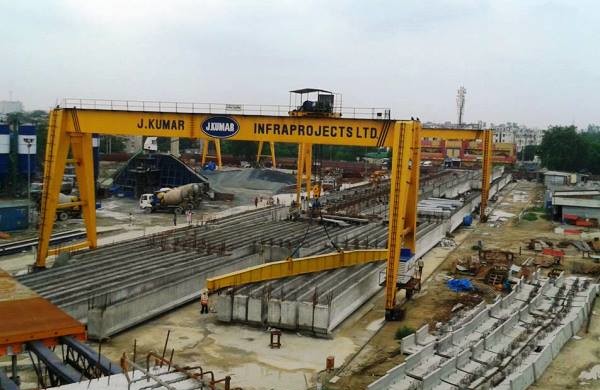 2012-2014 – Construction continues on this line with the addition of two special sections: 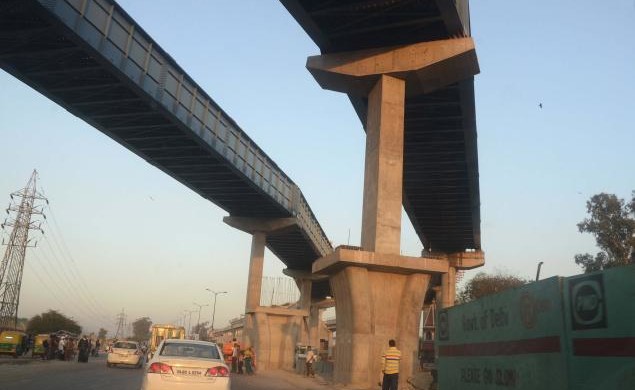 Under construction section over the Outer Ring Road – Photo Copyright: The Hindu 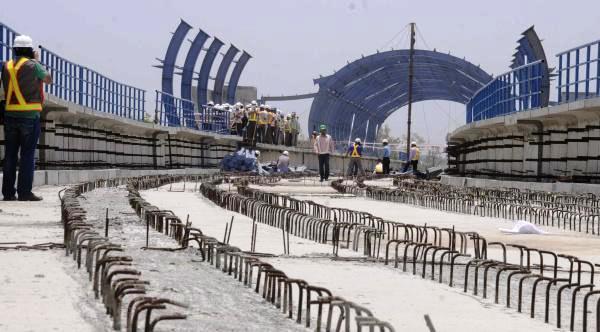 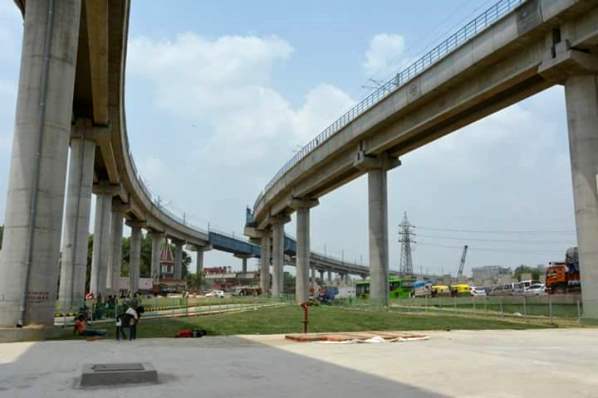 September 9 2015 – The DMRC submitted an application to invite the Commissioner for Metro Rail Safety to inspect the line. The CMRS agreed to inspect it on October 12 & 13. Meanwhile, the DMRC accepted the local AAP MLA’s “suggestion” to rename the Badli Mor station to Haiderpur despite the village of Haiderpur being some distance away.

October 12 2015 – The CMRS cancelled the inspection due to “unavoidable work” and reschedules for October 28 & 29.

October 28 2015 – The CMRS again cancelled the inspection and reschedules for November 4 & 5.

November 4 2015–  The CMRS finally inspected the line and gives approval on November 8. 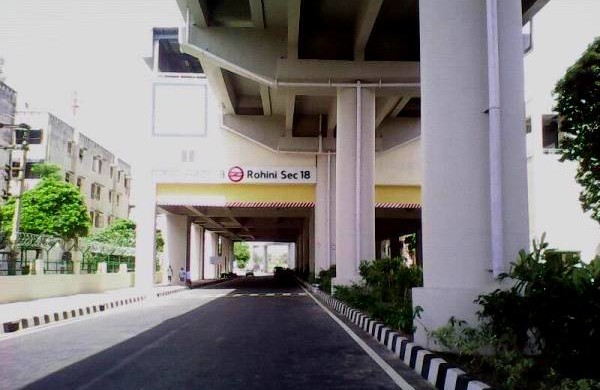 November 9 2015 – In a surprise announcement, the DMRC announced the line will open for commercial operations on November 10 (today)!

Be sure to visit my site’s Home Page in a couple of hours for images from the commencement of operations! In the meanwhile, I’m going to start stocking up on my favorite beer. 🙂 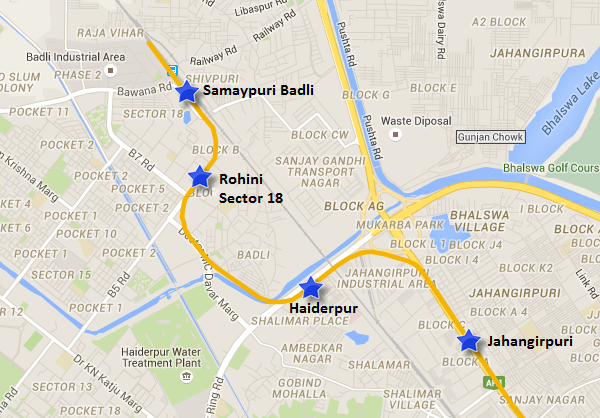