The Bangalore Metro Rail Corporation Ltd (BMRCL) recently released their November 2015 newsletter which can be accessed here! Let’s first start with some new images and then get dive into analyzing the data contained within it. 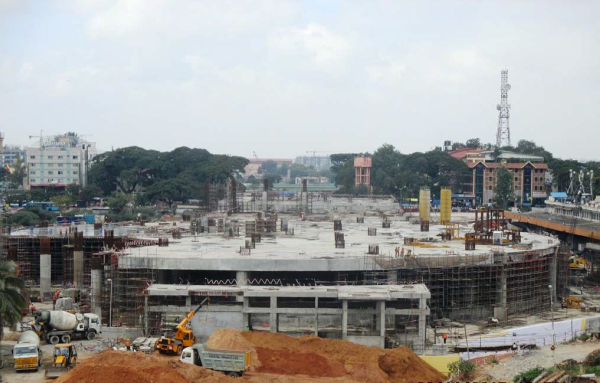 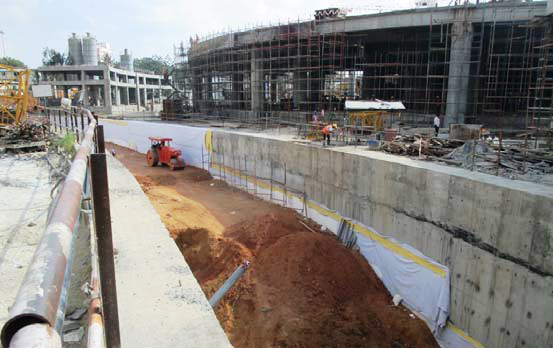 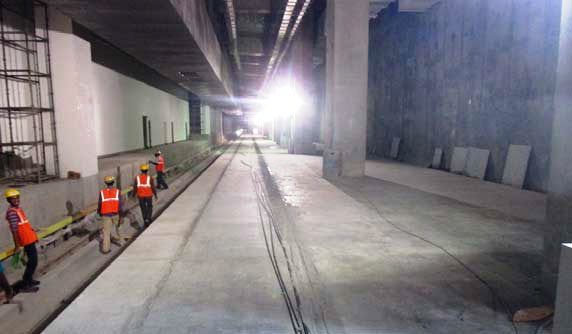 The tunneling data in the newsletter is from the start of the month and as such does not reflect recent progress made in the last 12 days or so. However, since data from the October newsletter is available, a valid comparison can be made to see the progress made by the contractor – the Coastal-TTS JV (with some help from CEC-CICI) on the north-south Green line between the North Ramp (south of the Sampige station) and the Chickpet station.

As a reminder, tunneling on the Purple line’s underground section between Magadi Road and Cubbon Park was completed in March 2014 and trial runs have recently begun!

• Maroon Arrow – The Margarita TBM made solid progress in the first week of November and made a breakthrough at the North Ramp on November 7.

• Green Arrow – The Godavari TBM had a new cutterhead installed on it in late July and restarted tunneling towards Majestic in mid September. Since the October newsletter, it has only progressed by a paltry 5.50m.
Distance left – 587.50 meters

• Blue Arrow – The Kaveri TBM was launched from the Chickpet station in February 2015 and has covered only 43.50m since the October newsletter. At this poor rate, it would take another 5 months to make breakthrough.
Distance left – 223.50 meters

• Orange Arrow – The Krishna TBM made a breakthrough at Chickpet station on August 31 from the KR (City) Market station (See: [Pics] TBM Krishna Finally Makes a Breakthrough at Chickpet) after a slow and tiring journey of 22 months. It was supposed to have gone through repairs/maintenance, and put back in action for one last journey in 45 days, but even at the time of writing this update, it hasn’t yet commenced tunneling.
Distance Left – 747 meters

TBM Krishna shot at the north-end of Chickpet station is about to start tunneling – Photo Copyright: BMRCL

In the last month, apart from TBM Margarita, the progress made by the others is absolutely dismal and depressing. If TBM Krishna is to take the same amount of time as TBM Kaveri to tunnel the parallel tunnel, then in all likelihood, tunneling on Phase 1’s underground section will only be completed by early 2017.