Continuing with the recent spate of name changes on the Delhi Metro network, the Shivaji Stadium station in the Connaught Place area of Delhi has now been renamed to ONGC Shivaji Stadium after the Oil and Natural Gas Corporation Limited put in the highest bid for the station’s semi naming rights earlier this year. This station is one of the 6 stations on the 22.7 km Delhi Airport Metro Express (DAME) line which connects the New Delhi Railway Station with the Indira Gandhi International Airport.

Here’s an image of a banner put up outside the station. The station’s entrance in the back similarly sports a new banner on its façade: 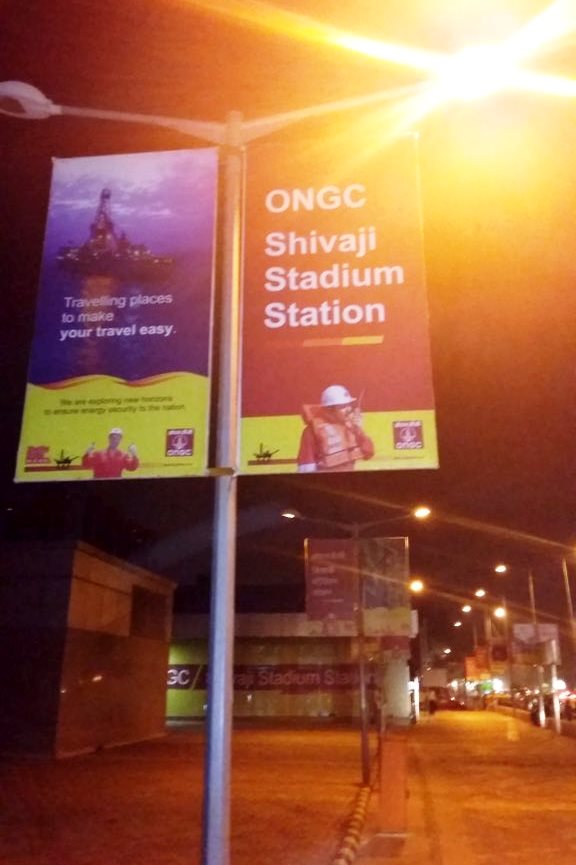 Even though ONGC is headquartered in Dehradun, its Registered Office is located in tower-2 at the Jeevan Bharti (LIC) building which is ~600 meters (as the crow flies) away from the station. 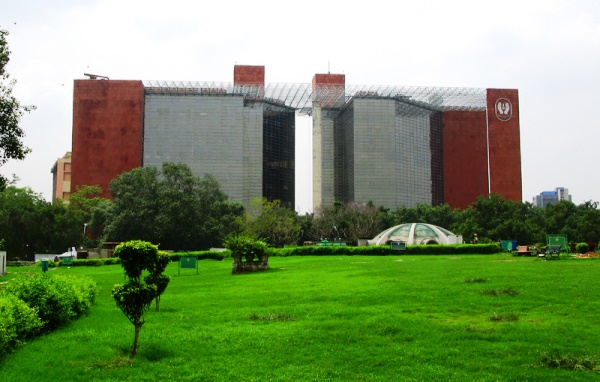 While ONGC doesn’t need to market itself to the general public, the renaming of the station (along with news articles and posts like this) help in building & raising brand awareness. As per a recent TOI article which cited an unnamed source, the Delhi Metro Rail Corp is expected to make roughly 2 crores annually from this name change.

In the past 30 days, many stations on the Delhi Metro’s Yellow & Blue lines have had brand names appended to them after various companies bid for them. Click on a station’s name below to read more about each station:

With the above 4 stations rebranded, the remaining 5 stations waiting to be rebranded are all located outside of Delhi and include stations at Vaishali, Golf Course, Botancial Garden, HUDA City Centre and IFFCO Chowk.

As a reminder, Gurgaon’s Rapid Metro was the first operator in the country which offered station naming rights. Some of the station on its 5.1 km line are called Indusind Bank Cybercity, Vodafone Belvedere Towers and Micromax Moulsari Avenue after various brands put in the highest bid. Following Gurgaon & Delhi’s example, the Noida Metro Rail Corporation in December 2014 announced that they will similarly auction the station naming rights along the 29.07 km Noida – Greater Noida metro line prior to it opening in late 2017. For regular updates on that line, please see this page.