Thanks everyone for your tweets, messages & emails asking about my health, safety and future plans for the site. I haven’t forgotten about you guys and have absolutely no plans to abandon this place. The last 30 days have been quite uneventful as far as major updates go, and seeing that unfold, I took some time off to travel and explore some interesting places around the world. Check out some images I shot of a glacier, mangrove coastline, sawgrass prarie, beach and hills. I’ve got one last major destination left, so it’ll be another few weeks before I get back to what I love. Sit tight 🙂

Here are some curated updates from the past 30 days:

• Earlier in August, MEGA launched their revamped website with a lot more information, graphics and project updates. It’s worth a look.

• Yet another pier cage collapsed. This time, the incident took place at the Apparel Park station’s site on the 20.536 km east-west line being built by DRA-CICO.

• Technical evaluation for 2 underground packages totaling 6.83 km, from the Apparel Park Depot to Shahpur on the 20.536 km east-west line, is currently in progress. Bidders include L&T, Afcons Infrastructure, Italian-Thai Development PLC (ITD) and possibly J Kumar Infraprojects. Tata Projects, Pratibha Industries had attended the pre-bid meeting in April, but decided not to bid.

• As of September 13, TBM Krishna still has another 27m (18 rings) left to arrive at Majestic station’s southern shaft and complete the 16th & final TBM breakthrough for the Phase 1 project. It’ll be quite a historic day for the city.

• This shouldn’t come as a surprise – The Chief Minister has revised Phase 1’s deadline from November 2016 to April 2017. Once we’re closer to April, expect another revision and assurances of the Green Line opening “soon” by the MD and CPRO as they’ve cunningly done so far. As per my estimates, the line is expected to start operations no sooner than Q4 2017.

• The BMRCL has published a list of 9 routes to the airport on their website along with a route map of the ORR line (now under ‘Phase 2A’) from Central Silk Board to KR Puram through the Marathahalli Junction. I haven’t had a chance to thoroughly review all 9 alignments, but I do like and support proposal #6. What are your thoughts? 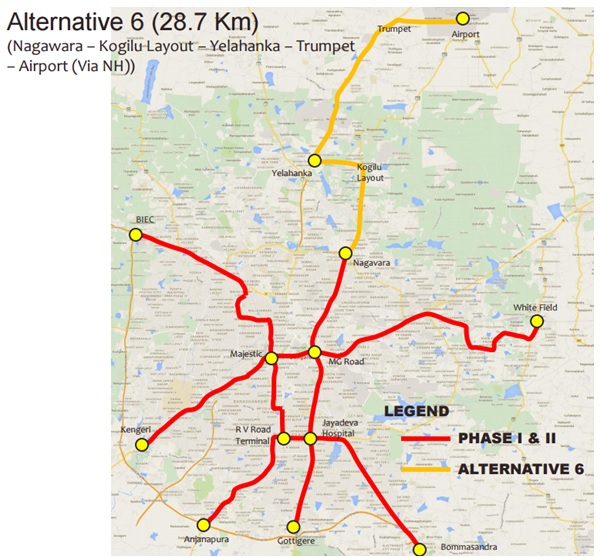 • The Commissioner for Metro Rail Safety (CMRS) approved Chennai’s 8 km Airport – Little Mount stretch in August, but the CMRL has not announced or shown any intention of opening the line for commercial use.
Update: As per The Hindu, the CMRL is eyeing September 18-20.

• The 1 km Alandur – St. Thomas Mount section will be inspected by the CMRS later this month or in early October.

• As of August 16, J Kumar-CRTG’s 2 TBMs on package CC-24 (Nizamuddin-Lajpat Nagar) have 190 and 200 rings pending between the Ashram and Vinobhapuri stations. 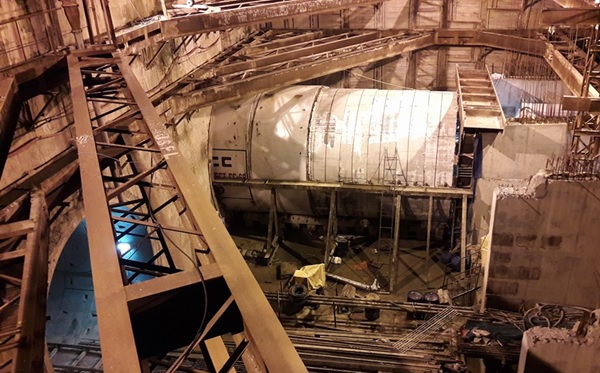 • As of September 1, L&T-SUCG’s CREG TBM (#7) on package CC-27 (Shankar Vihar-Hauz Khas) has completed building 588/904 rings for the down-line between Vasant Vihar and Munirka stations on the 38.235 km Magenta Line. This is the last TBM operating on the entire line and the final breakthrough is now expected to take place in early 2017.

• Excavation & concreting is in its final stages at the Rameshwar Nagar shaft from where 4 TBMs will be extracted. This is the biggest bottleneck on the 58.596 km Pink Line and also the DMRC’s best kept secret. I’m yet to read a single news report or comment by the DMRC on it.

• On September 1, Alstom in Sri City unveiled the 1st car body shell for Lucknow Metro’s rolling stock. See: Alstom’s press release here. A list of features along with the trains’ design can be viewed here. 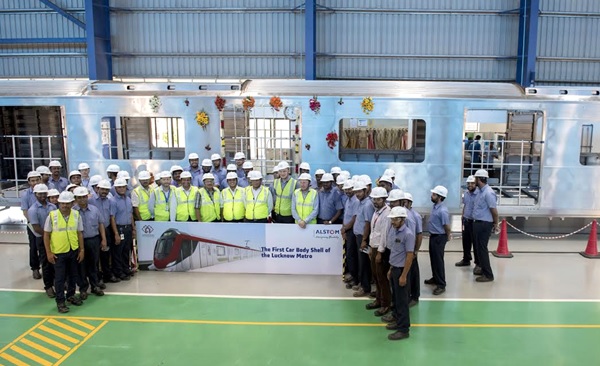 • A consortium led by AYESA has won the General Consultant contract(s) for Line 2A (Dahisar-DN Nagar) & Line 7 (Dahisar East – Andheri East). Expect them to make an official announcement after the contract is officially awarded.

Have I missed out on anything? If so, leave a comment below to share with others. See you soon!