The Lucknow Metro Rail Corporation (LMRC) Ltd. yesterday evening extended trial runs/testing by another 2 km to Charbagh Station – the northern terminal of the 8.48 priority section of the 22.878 km north-south line. Until now, the LMRC had regularly been testing trains between Transport Nagar and Mawaiya, a distance of 6.5 kms, but had been waiting for the critical 255m cantilever bridge over the Indian Railways’ lines at Mawaiya to get completed by its contractor, SP Singla Constructions.

To recap – the LMRC had secretly launched testing in late-November 2016, officially flagged off testing on December 1 2016 between Transport Nagar – Alambagh and then extended testing further to Mawaiya Station in late December 2016. With this development, testing is now being conducted through the Transport Nagar, Krishna Nagar, Singar Nagar, Alambagh, Alambagh Bus Stand, Mawaiya, Durgapuri and Charbagh stations: 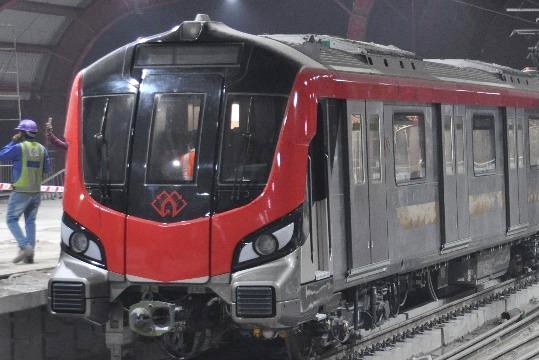 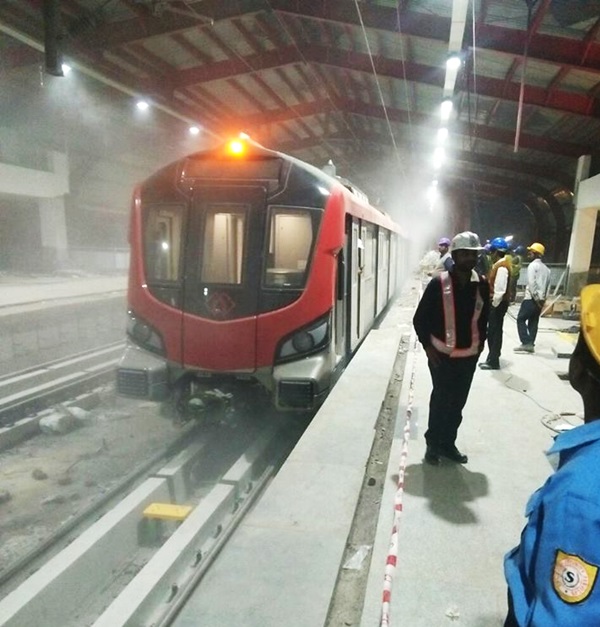 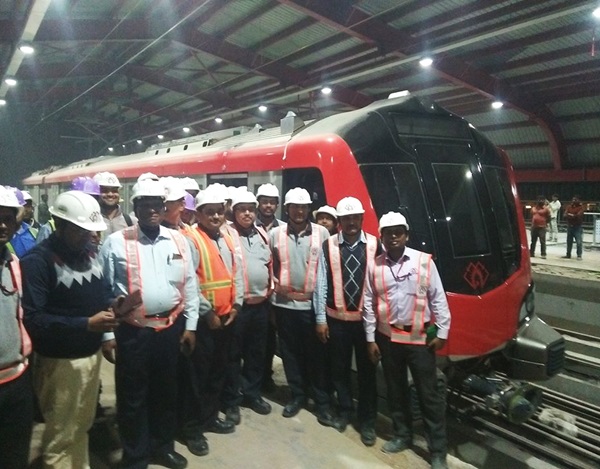 More images will be added when available, so do check back.

In another significant development, the LMRC earlier this week also secured the RDSO’s Speed Certificate to operate its Alstom trains at the maximum designed speed of 90 kmph. In the coming days, the LMRC will conduct load tests with the help of sand bags to simulate the ‘crush load’ – the maximum passenger capacity of the trains.

The LMRC is really keen to start commercial operations on March 26 2017, but has so far only received 1 train from Alstom’s plant in Andhra Pradesh. As I described in an earlier post, the LMRC needs a total of 6 trains to start smooth operations, so achieving this goal would be extremely tough. If the inauguration of the 302 km Agra-Lucknow Expressway is anything to go by, then we could see an inauguration on March 26 followed by actual revenue service in the following months. Stay tuned to find out what happens!