On December 21, the 3rd new Alstom Metropolis train-set for Kochi Metro’s 25.612 km Line-1 arrived in the city’s Muttom Depot after a 9 day journey covering 710 km from Alstom’s Sri City facility in Andhra Pradesh. The train’s 3 coaches left the facility on December 13, but the disruptions brought about by Cyclone Vardah in northern Tamil Nadu delayed their movement.

These 3 coaches are part of a 75 coach (25 train-set x 3 coach) order that Alstom India won in August 2014 after quoting a price of Rs 633 crore. The first two sets of three coaches arrived in the city on January 10 and July 8 this year. 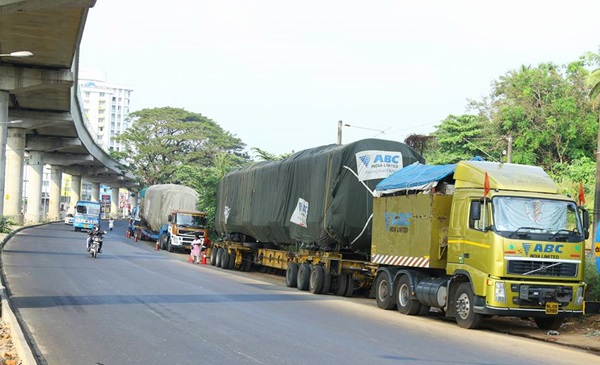 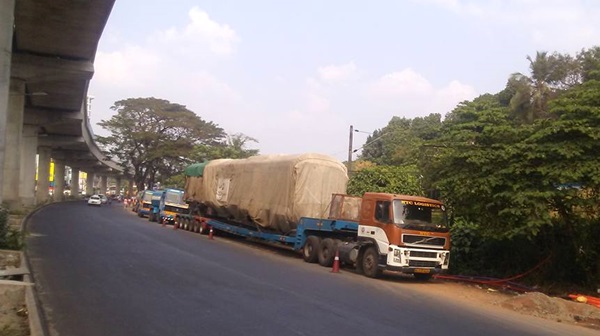 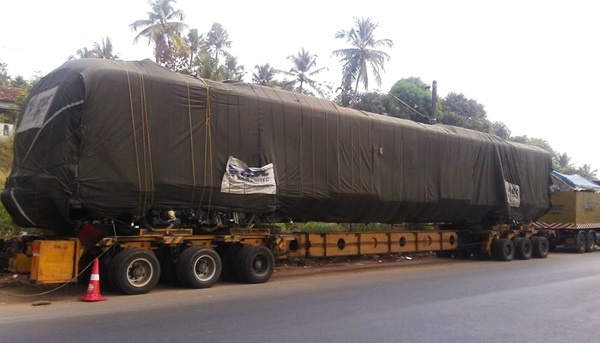 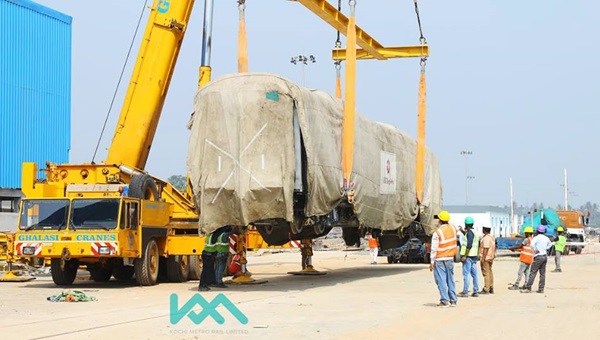 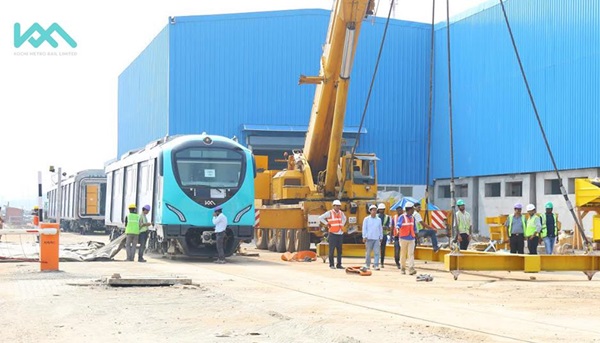 After the coaches were unloaded, a preliminary visual check was performed by KMRL’s engineers. On the morning of December 22, the coaches were coupled/integrated together. In the coming days, the train will be moved to the workshop line for non-regression/static testing and then to the test track within the depot for further dynamic testing.

The Kochi Metro Rail Ltd. expects to receive its 4th train in early January and has stated that it would need 9 trains to start smooth operations on the 13 km 1st stretch between Aluva and Palarivottom which is being targeted to open in April 2017. Now, with Lucknow Metro also requiring 5 additional trains (1st was delivered in November) from Alstom for starting commercial operations on its 8.48 km 1st stretch in March 2017, it’ll be interesting to see if both systems start operations with fewer trains and increase frequency over time or reschedule their opening dates to a later time. Stay tuned to find out!