The contractor for the northern extension of Bangalore Metro’s Green Line is now known!

The BMRCL invited bids for this package, officially referred to as Reach 3C, of the 72 km Phase 2 project in October 2016 with an estimated cost of Rs 247 crore, and at this time it isn’t known which other firms qualified to the financial bid stage. Whenever that information or their financial bid values are available, I’ll update this post.

This elevated extension in north Bangalore will be entirely elevated and consist of 3 stations at Manjunathanagar, Jindal and BIEC (Bangalore International Exhibition Center): 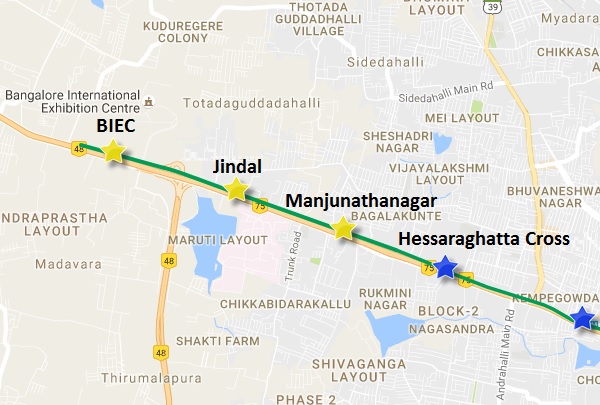 Ground-work for this section is expected to begin in May 2017, and I expect it open for commercial operations no sooner than 2021. As per BMRCL’s MD, work orders are going to be issued in the next 2 days making this the 4th of 13 (estimated) major civil contracts to be awarded so far for the 72 km Phase 2 project: 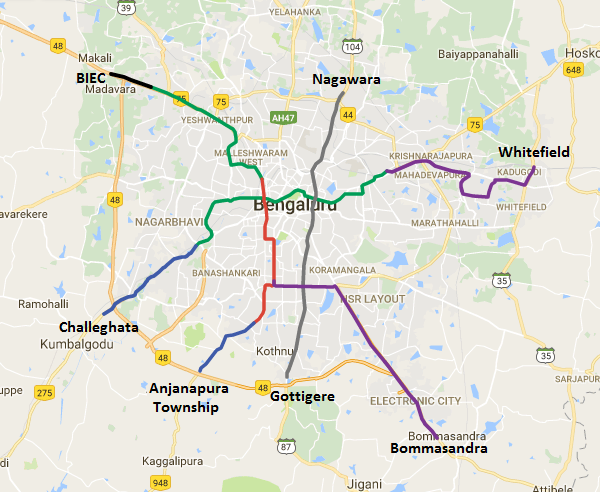 In the past 12 months, Simplex Infrastructures has won contracts in Mumbai and Ahmedabad as well: