On March 25, the 2nd new 4-coach Alstom Metropolis train-set for Lucknow Metro’s 22.87 km Line-1 arrived in the city’s Transport Nagar Depot after a 9 day journey covering roughly 2000 km from Alstom’s Sri City facility in Andhra Pradesh. These 4 coaches are part of a 80 coach (20 train-set x 4 coach) order that Alstom India won in September 2015 after submitting a bid of Rs. 1069.81 crore.

Lucknow Metro’s first train was unveiled in early November 2016 and arrived in the city shortly after on November 19. Following an initial round of secretive testing, the train was publicly flagged off on December 1 for commencing the project’s testing phase. 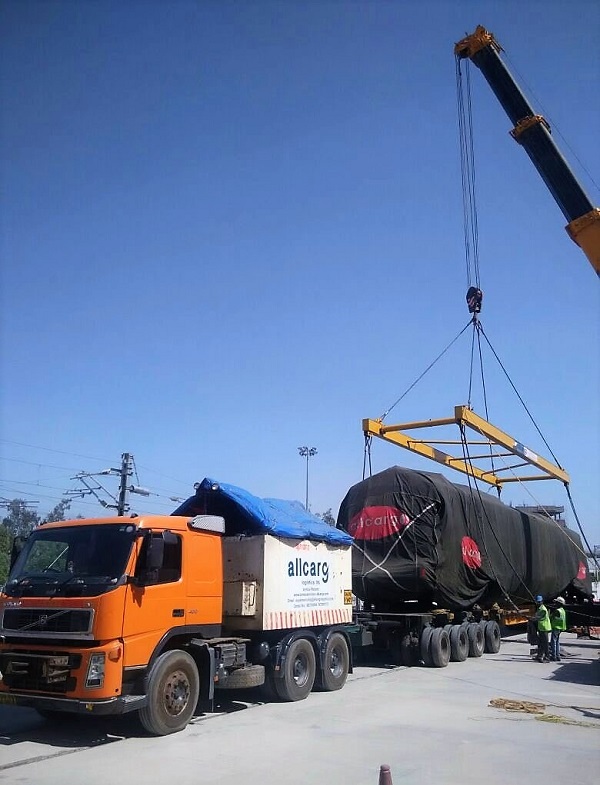 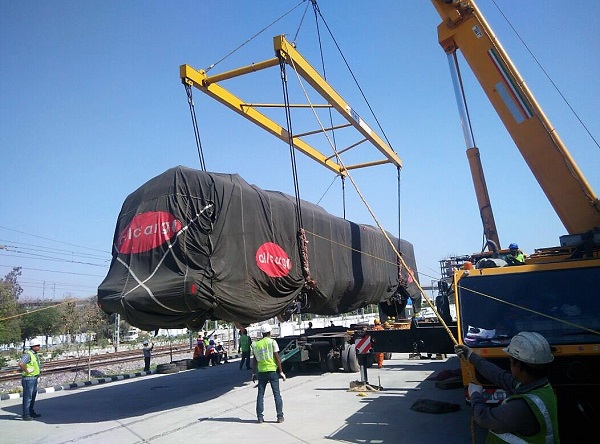 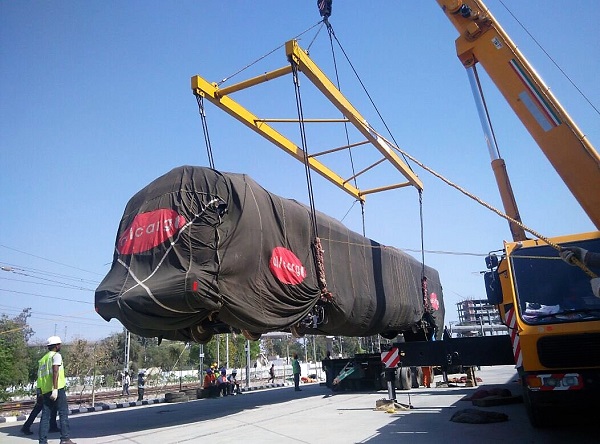 After the coaches were unloaded, a preliminary visual check was performed by LMRC’s engineers. This week, the coaches will be coupled/integrated together, then moved to the workshop line for non-regression/static testing and then finally to the test track within the depot for further dynamic testing.

As I’ve mentioned previously, the LMRC needs a total of 6 trains for starting smooth commercial operations on the line’s 8.48 km 1st stretch, but a lack of them due to the line’s fast civil construction – the most unique constraint ever witnessed in India, besides RDSO approvals & political related delays, recently forced the LMRC to abandon its March 26 inauguration date that it had ambitiously targeted while commencing the project. A new date has not yet been announced, but even if operations start an entire year out from now, it will still remain the fastest executed metro project in the country.