On the night of April 6, Ranjit Buildcon commissioned their 1st launching gantry at AEC for building the 4.85 km elevated viaduct of Ahmedabad Metro’s Reach 4 section between Motera and Ranip in the northern part of the city. The contract for this section of the 17.23 km north-south line was awarded to Ranjit Buildcon on January 13, 2016 and ground-work began soon after in February. The section’s first pier was cast in December 2016 following which workers began setting up LG-1 in March – see images here and here.

After the 6 km Vastral – Apparel Park and 4.62 km Gyaspur – Shreyas sections, this is the third stretch of the metro project where segment launching work has started – see a map with sections here.

This stretch includes 5 stations at Motera, Sabarmati, AEC (Ahmedabad Electricity Company), Sabarmati Railway Station and Ranip for which a separate contract was awarded to the Pratibha – Ranjit JV in February 2017. When they begin piling work, all sections of Ahmedabad Metro’s 17.23 km north-south line will be under construction. 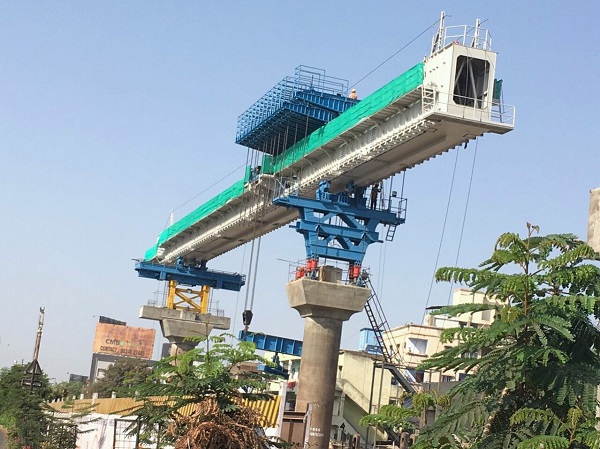 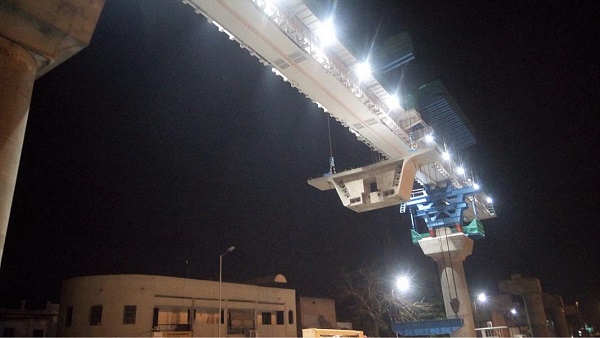 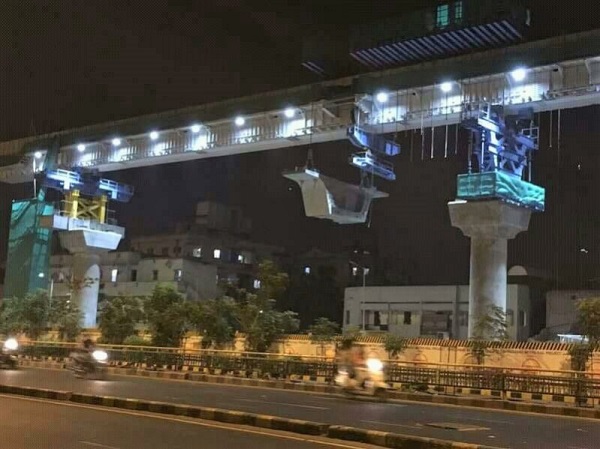 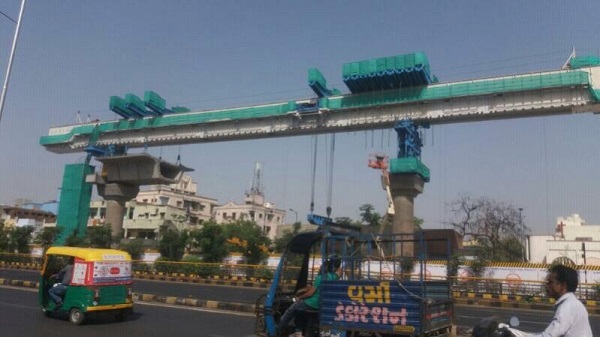 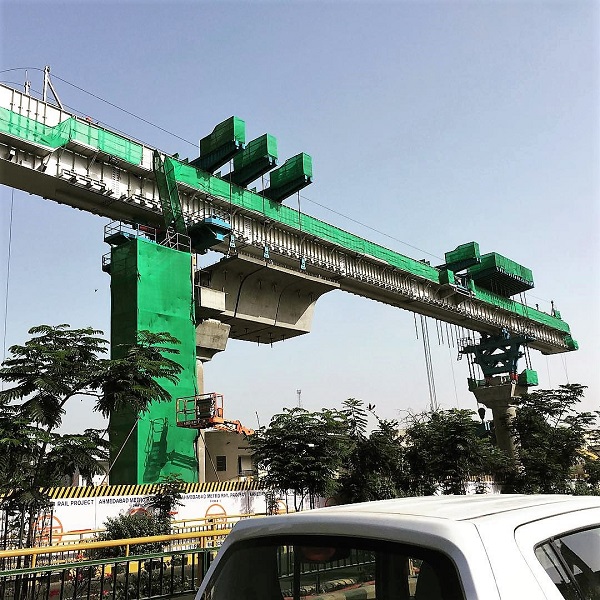 Each segment weighs 40 tons and usually 10 segments are required to build one span between two adjacent piers. Here’s a snap from within their casting yard: 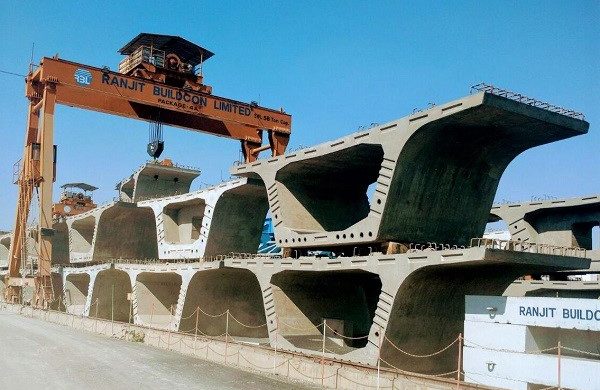 And here’s my go-to video to demonstrate how a Launching Gantry works its magic with precast segments to build modern segmental viaducts and bridges: