The Magenta Line (Line-8) is equipped with Nippon Signal’s SPARCS (Simple-structure and high Performance ATC by Radio Communication system) signalling solution which enables Delhi’s new Hyundai Rotem trains to be operated on both the unattended “driverless” and automatic train operating (UTO and ATO) modes. The contract for that was awarded by the DMRC in September 2013 with a value of Rs. 246 crore.

The DMRC has also indicated that they’ve received fire safety clearance, license for working lifts, preliminary Independent Safety Assessment (ISA) reports for signalling and platform screen doors (PSDs) and clearances from the Department of Telecommunications. With those clearances received, they’re now in the process of submitting their paperwork to the Indian Railways’ Commissioner for Metro Rail Safety to visit and examine the line one last time –

The papers for scrutiny and detailed examination by CMRS are under submission to his office and after these are cross checked, examined and scrutinised in depth by the office of CMRS, further action is expected. In addition, since the application involves voluminous data of civil, electrical, signalling and track, DMRC may also have to supply any additional information further sought by the office of CMRS. After this entire process, it is expected that a suitable date for inspection of the section will be indicated.

Trial runs (testing) on the Magenta Line commenced in June 2016 between the Kalindi Kunj Depot and Okhla Vihar Station, and were extended westward to Kalkaji Mandir shortly after in August. The DMRC was originally targeting to open this section up in December 2016, but has since then moved its publicly facing deadline every other month due to reasons ranging from contractors abandoning the project to synchronization issues between the signalling system and platform screen doors. They now plan to launch the Botanical Garden – Kalkaji section as soon as the CMRS’ approval is received and the rest of the line (possibly in 2 segments) by March 2018, but it remains to be seen if that’ll be accomplished as proper signalling tests on the Kalkaji Mandir – IGI section are yet to begin. 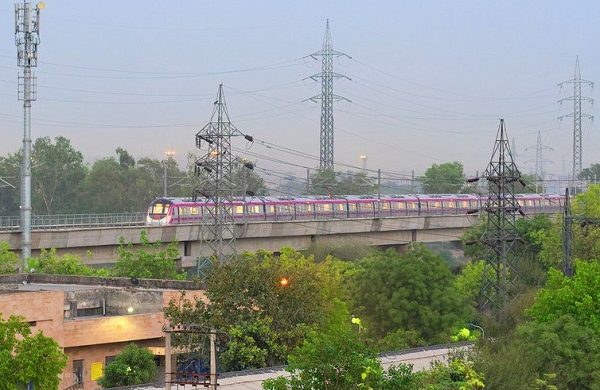 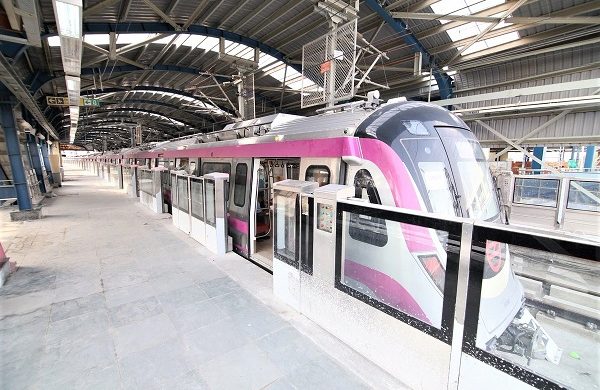 I’ll write about the CMRS’ inspection dates whenever they’re fixed. Before that, enjoy a free ride between Sukhdev Vihar & Jamia Millia Islamia stations –