Last night, a crew from ITD Cementation India last launched their first precast segment near Phoenix Hypercity Mall in Mahadevapura for building Bangalore Metro’s 8.039km Reach 1A between the existing Baiyappanahalli Station and the upcoming Visvesvaraya Industrial Area Station as part of the 15.257 km eastern extension of the 18 km Purple Line.

This milestone was accomplished by ITD about 11 months after they won a Rs. 689.51 crore contract for constructing this section from the Bangalore Metro Rail Corporation Ltd in April 2017. Piling work at this location began soon after in June and the first pier was cast in December. 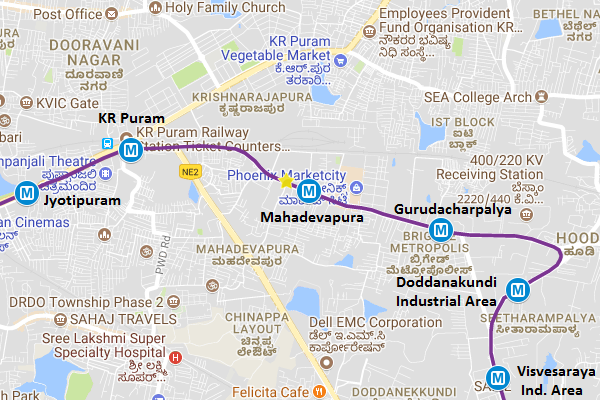 ITD began setting up their launching gantry crane in front of the local HP fuel station in early February. Here are some images shot over the past 3 days – 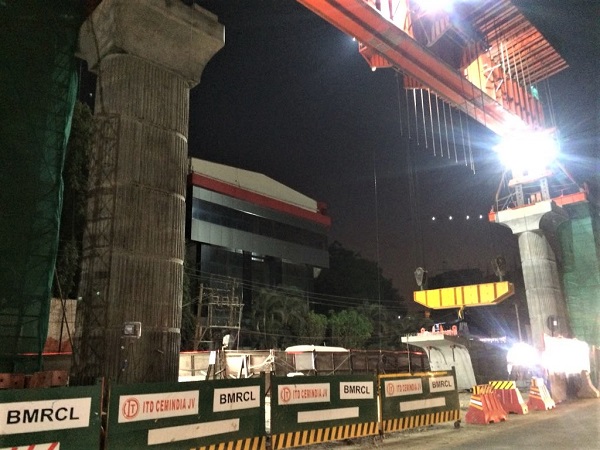 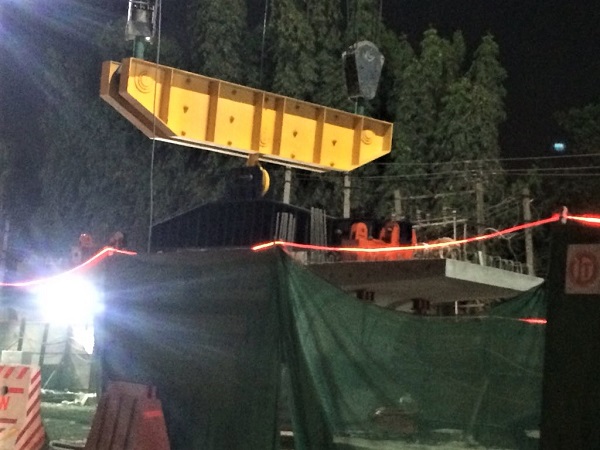 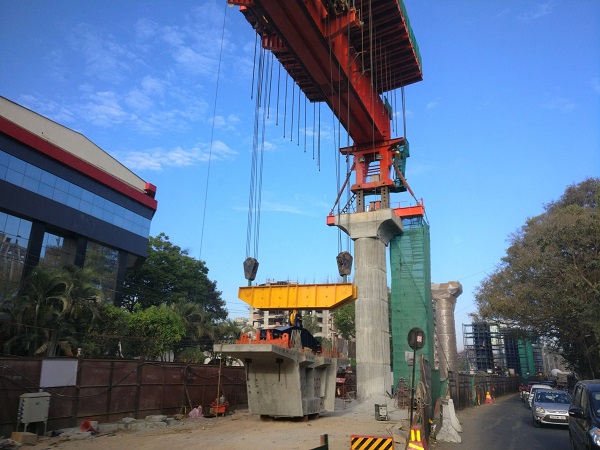 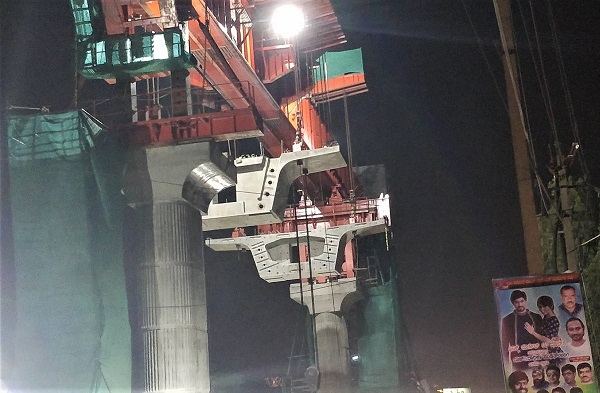 Overall, this is the 5th package of the city’s 73.95 km Phase 2 project, after Reach 4B (Yelachenahalli – Anjanapura Township), Reach 2A (Mysore Road – Pattanagere), Reach 2B (Pattanagere – Challeghata) and Reach 1B (Visvesvaraya Industrial Area  – Whitefield), where segment launching work has started.

Things on this line are progressing nicely wherever the contractor has a clear right-of-way, but land acquisition still remains a concern for the other parts, especially the 2 km Baiyappanahalli – KR Puram stretch where work briefly commenced at one site near Tin Factory in October 2017 but has been visibly on-hold since January, possibly due to a fatal truck accident.

Here are some details from BMRCL’s February newsletter for the entire eastern extension (Reach 1A & 1B) to Whitefield. I’ll update this section whenever the March newsletter is released.

In respect of 39 properties required for electrical utilities (additional) and additional lands from Indian Tin Industry to White field, Land Committee has given the land valuation report. Building valuation report is awaited from the Engineering section.

Out of 34 Properties measuring 5368.54 sq meters required for viaduct between Jyothipura Station and K.R. Puram Station, packages in respect of 31 properties have been sent to Accounts section for verification. Building valuation report in respect of 3 properties is awaited from the Engineering section.

Packages in respect of 8 properties measuring 312.48 Sq meters required for shifting of Electrical Towers has been sent to SLAO for payment of 8 which compensation has been paid in the five cases.

28(1) notification for lands between Baiyappanahalli and Jyothipura is sent to Government from Spl. Deputy Commissioner, KIADB, on 05.01.2018 and awaiting for Government Approval.

Packages in respect of 42 properties required for viaduct from Tin Factory to K.R. Puram Station (Vijinapur village) has been sent to Accounts section for verification