That was awfully quick!

Similar to Nagpur Metro and Pune Metro Reach-1’s viaduct construction, this feat at pier P50 was accomplished using the underslung construction method with a mobile crane. Going forward, NCC is expected to deploy and commission a regular launching gantry crane for building the line’s viaduct as part of the 31.254 km Phase 1 project.

Each segment has a length of 3m with a top width of 8.5m, bottom width of 3.5m and weighs approximately 37 MT. Like the segments cast in Nagpur, segments cast in Pune have also been integrated and cast along with a parapet wall (unique in Indian metros) to cut down construction time, transportation time and the purchase cost of separate casting molds. 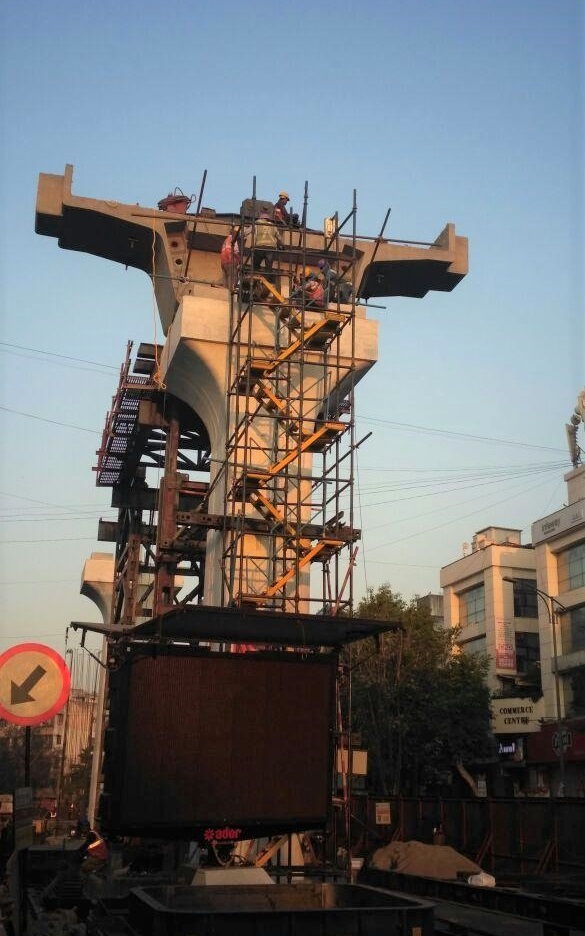 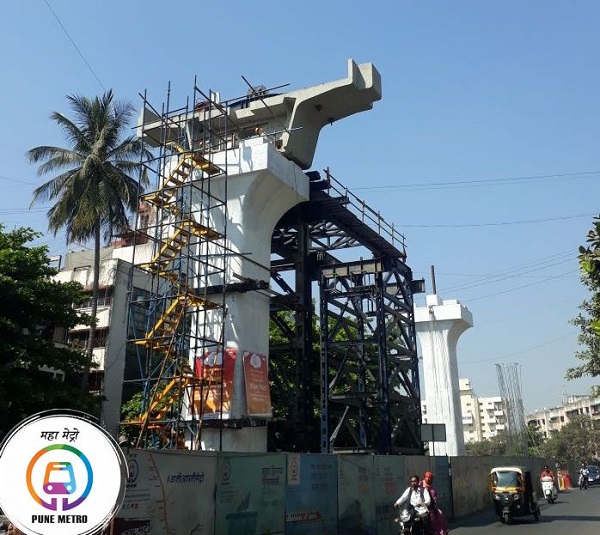 8 days from the casting of the 1st pier to the launching of the 1st segment is easily a new record in recent times. For Pune’s 10.795 km Reach-1 on Line-1, NCC’s crew took roughly a month while in Bangalore ITD Cem’s team took about 2 months for the 15.257 km Whitefield extension project.