With OHE electrification works and inspection completed, L&T Metro Rail (Hyderabad) Limited – the concessionaire for Hyderabad Metro’s 72 km Phase 1 project yesterday extended trial runs (testing) on Line-3 by a further 8.20 km to Begumpet Station under the guidance of the Railway Designs and Standards Organisation (RDSO). Hyderabad’s Hyundai Rotem trains were first run empty at speeds of 5 kmph to check their interaction with the viaduct, and then at higher speeds with sandbags for testing the trains’ performance at different speeds and gradients.

L&TMRH had secured the Commissioner for Metro Rail Safety’s (CMRS) approval for the 7.50 km Nagole – Mettuguda stretch way back in March 2016, but had to wait for critical stretches of the line’s Mettuguda – Ameerpet stretch to get completed before it could extend testing. This includes a 4 year land acquisition battle for acquiring Padma Hansa apartments in Secunderabad and the completion of three rail overbridges at Begumpet, Oliphant Bridge and Allugaddabavi.

With this development, about 15.70 km of the 28 km Line-3’s route is now being tested, and now only a small 1.60 km section connecting to Ameerpet Station has to be brought under the testing phase ahead of its targeted launch in November-end possibly by the Prime Minister during the Global Entrepreneurship Summit. The new stretch includes 6 stations at Secunderabad East, Parade Grounds (future interchange with Line-2), Paradise, Rasoolpura, Prakash Nagar and Begumpet – 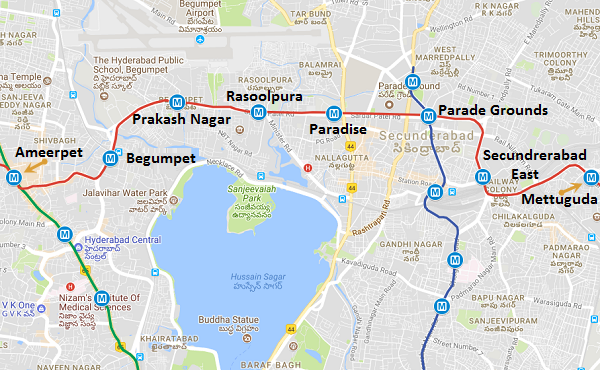 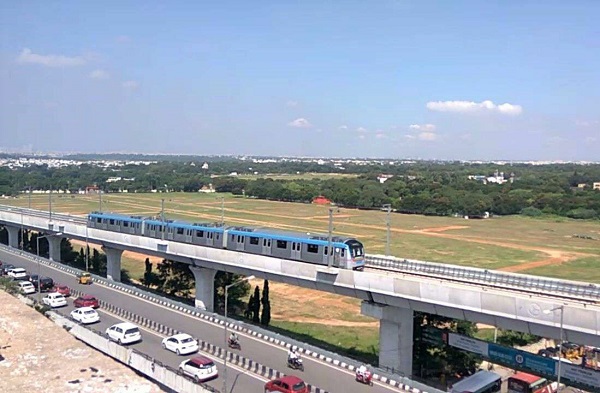 Here are some local news videos with some great visuals (and an animated anchor!) –