An hour ago, India’s Prime Minister Narendra Modi inaugurated services on the 12.64 km Botanical Garden – Kalkaji Mandir section of Delhi Metro’s new 38.23 km Magenta Line (Line-8). The hour long programme started with an inaugural plaque getting unveiled outside of the Botanical Garden Station, followed by a quick train ride to the Bird Sanctuary Station and culminated with a ceremonial train getting flagged off towards Kalkaji Mandir Station.

Trial runs (testing) on the Magenta Line commenced in June 2016 between the Kalindi Kunj Depot and Okhla Vihar Station, and were extended westward to Kalkaji Mandir shortly after in August 2016. In October 2017, the Delhi Metro Rail Corporation announced the completion of signalling tests and had the Commissioner of Metro Rail Safety (CMRS) conduct a 3-day final inspection between November 13-15.

The brand new Magenta Line of the 162.5 km Phase 3 project is equipped with Nippon Signal’s SPARCS (Simple-structure and high Performance ATC by Radio Communication system) signalling solution which enables Delhi’s new Hyundai Rotem RS-10 trains to be operated on the “driverless” unattended train operation (UTO) mode at a high headway of 90 seconds. Commercial operations will commence at 5 pm today with 10 manned-trains running at a headway of 5 minutes and 14 seconds.

The line was originally planned to be opened by December 2016, but faced delays from a host of reasons ranging from contractor tardiness (including a design screw up), signalling issues in the testing phase and the Gujarat elections. Trains on this line have also been involved in two crashes at the Kalindi Kunj Depot – once in November 2016 and the other just a week ago – both due to operator negligence.

This section consists of 4 civil packages built by 3 contractors –

Images from the event – 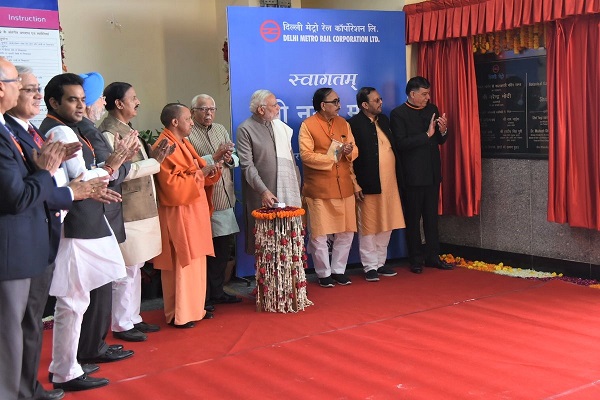 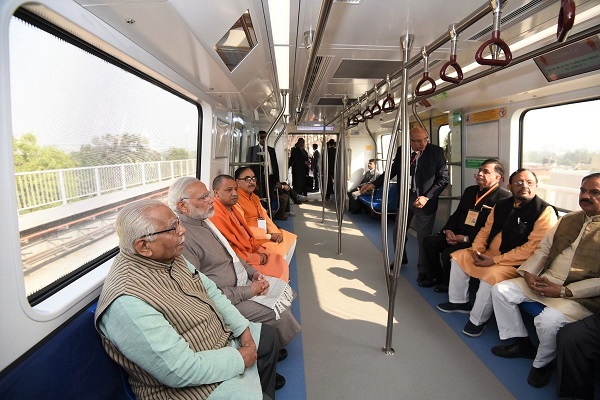 Video – inaugural train getting flagged off –

Some images shot on Friday during a media tour – 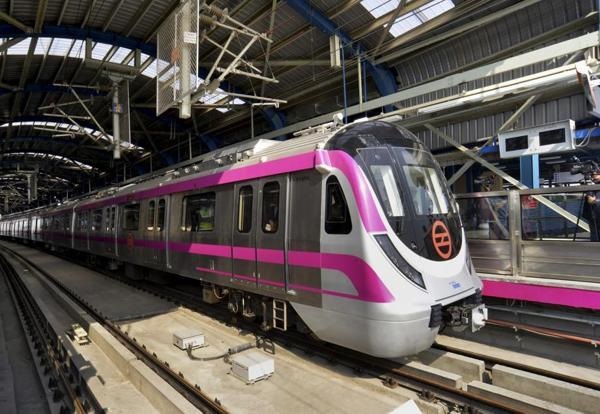 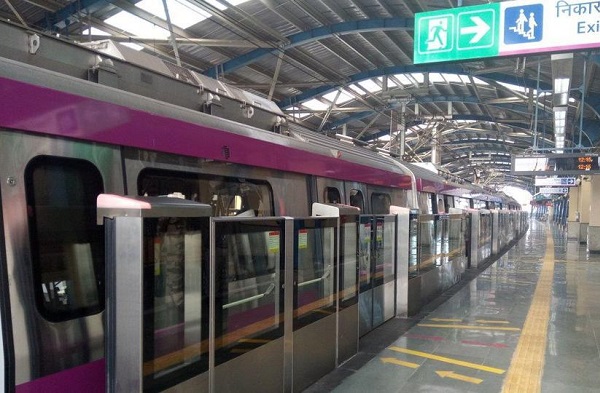 With this development, 40.374 km of Phase 3’s 162.5 km routes have become operational and the entire network has become 230.18 km long, surpassing Mexico City’s metro system to claim the 11th spot in the list of largest metro networks.