This past weekend, workers from NCC Ltd. began launching 9.3m wide cantilever wings on either side of the central spine of Nagpur Metro’s 3.41 km double-decker viaduct which is being built on Wardha Road as part of the 22.293 km Line-1 between Automotive Square and Metro City.

The design of this double-decker structure – the first of three in Nagpur, spanning from Ajni Chowk to Sonegaon Police Station, was finalized in September 2015 after which the NMRCL revealed a model to the public. Launching work for the 9m wide central spine began in August 2017, and in the coming weeks workers will begin connecting cantilever wings on either side of the spine through concrete stitching and transverse pre-stressing methods. 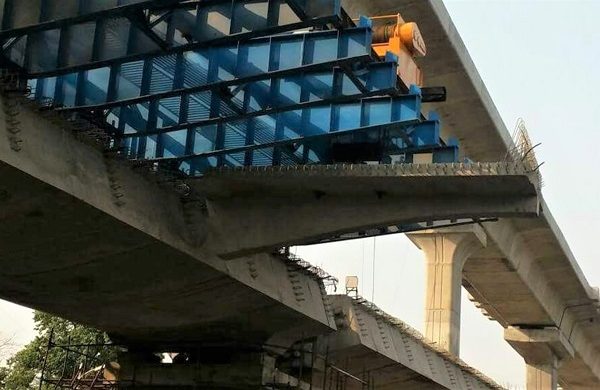 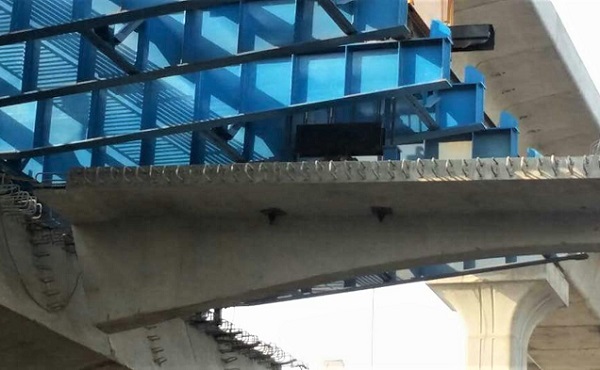