Last week, TBM S496 – the 3rd tunnel boring machine operated by the CEC-CICI JV made a breakthrough at the Delhi Metro’s Gurdwara Emergency Shaft in north Delhi’s Rameshwar Nagar for package CC-04 of the 160 km Phase 3 project. This TBM was commissioned from the Majlis Park Ramp in April 2016 and is the 2nd of 2 ‘rescue’ TBMs to be leased from the HCC-Samsung JV (CC-34 on Magenta Line) and deployed for constructing the pending 600m down-line tunnel of the 58.596 km Pink Line‘s Majlis Park – Azadpur section. 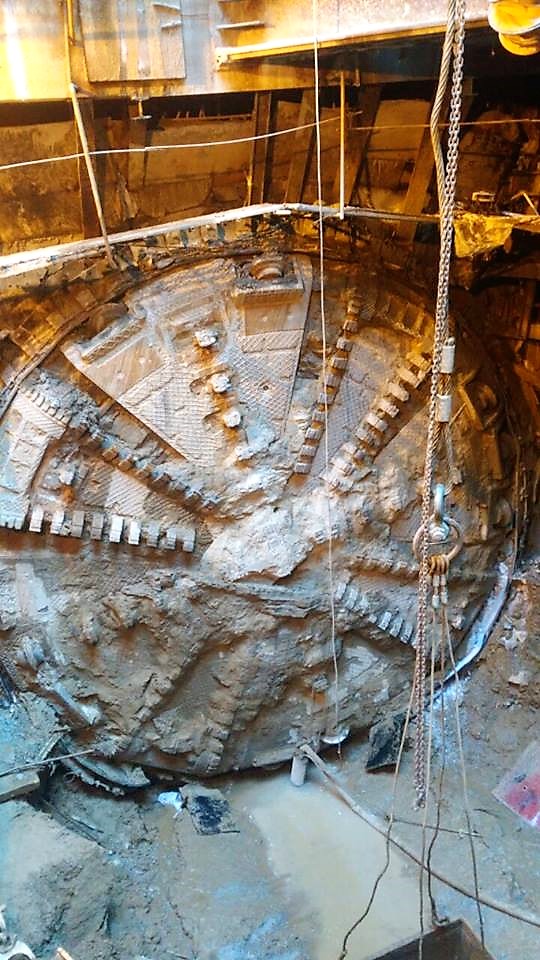 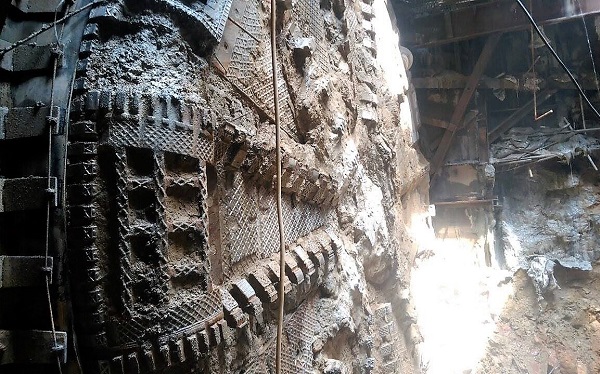 The up-line tunnel of this section was constructed by TBMs S495 (rescue) and S781 (original) which made breakthroughs in November-December 2016. Here’s a post-cleanup image shot from S781’s tunnel looking into the Gurdwara Shaft and further into the tunnel built by S495. There are still no signs of track-work here, so it it’s unlikely that we’ll anytime soon even see the new Hyundai Rotem trains being pushed through the tunnels for testing the Azadpur – west Delhi section of the line. 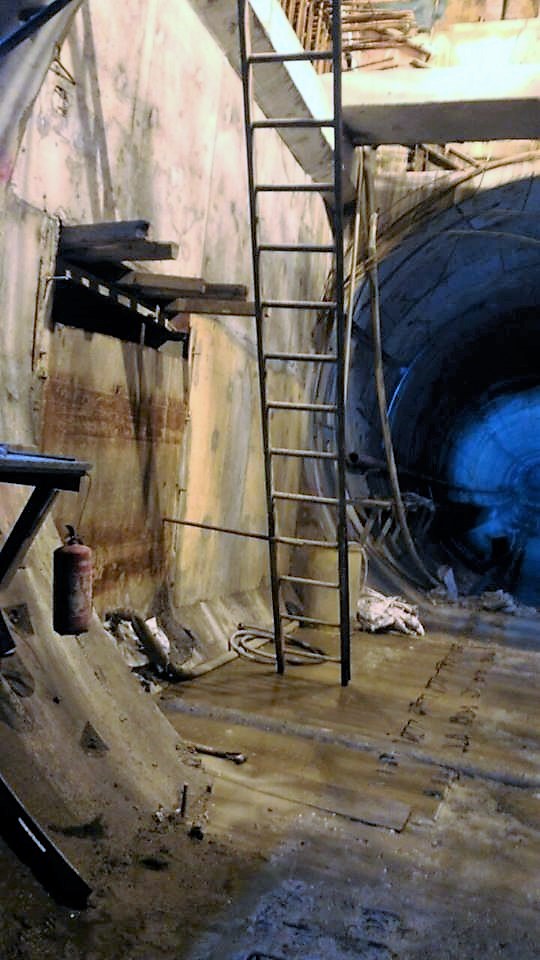 With this breakthrough out of the way, now only TBM S780 – one of the original TBMs deployed from Azadpur needs to make a breakthrough and have its parts retrieved. As per one source, the contractor plans to leave the TBM’s shell behind & only retrieve its internal parts. Its back-up gantry was removed from its rear-end and out of the Azadpur Station’s TBM shaft in late 2015.