Less than an hour ago, Prime Minister Narendra Modi inaugurated services on the first 13 km stretch of Kochi Metro’s 25.6 km Line-1 between Aluva and Palarivattom at an event held outside of the Jawaharlal Nehru Stadium in Kaloor. The programme started with a ribbon-cutting ceremony at Palarivattom Station followed by the Prime Minister and other dignitaries taking a short ride to Pathadippalam Station. After the train ride, they traveled back south to JN Stadium for the formal function.

The project’s foundation stone was laid by the former Prime Minister, Manmohan Singh, on September 13 2012 with construction work starting on June 7 2013 by Larsen & Toubro for both civil packages of this section. KMRL initially started trial runs on on Line-1 between Muttom Depot and Kalamassery Station in early March 2016, then extended them southward to Edapally Station in late March 2016, then to Palarivattom Station in September 2016 and finally to Aluva in January 2017. Along the way, the KMRL received RDSO’s speed certificate in December 2016 and the Independent Safety Assessor’s (ISA) certificate for the signalling system in mid-April 2017. The Commissioner of Metro Rail Safety (CMRS) conducted a 3-day visual inspection of the line between May 3-5 and approved the line shortly after.

KMRL released the line’s fare chart in November 2016 and plans to run services from 6 am to 10 pm by deploying 6 Alstom metropolis trains at a frequency of 10 minutes to serve users through 11 beautifully themed & solar-powered stations located at Aluva, Pulinchodu, Companypady, Ambattukavu, Muttom, Kalamassery, CUSAT, Pathadipalam, Edapally, Changampuzha Park and Palarivattom:

Commercial operations on the line begin on June 19th, and the rest of the line to Pettah will open to users in stages over the next 2 years. 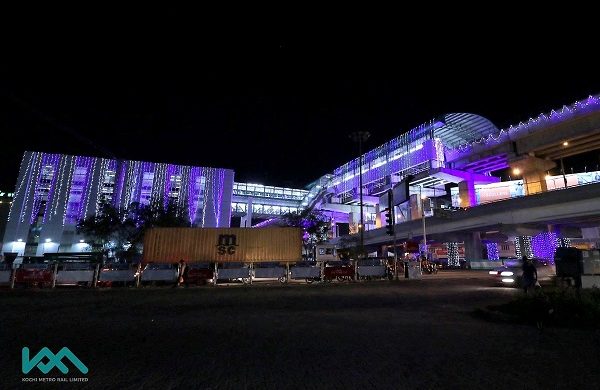 Palarivattom Station decked out the night before – Photo Copyright: KMRL 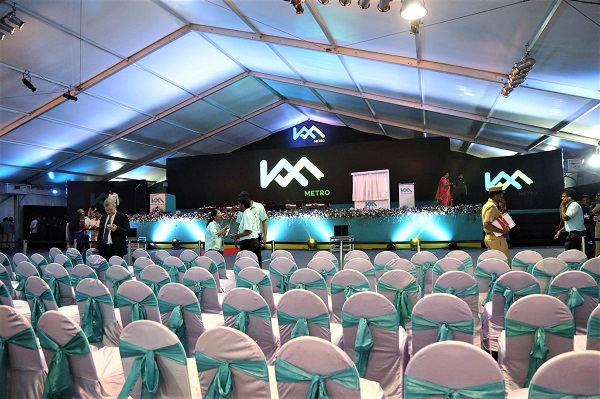 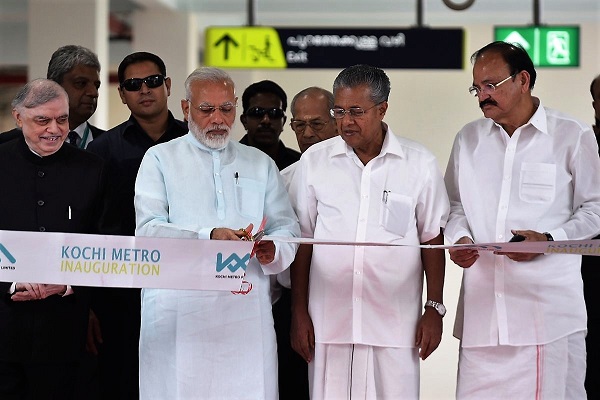 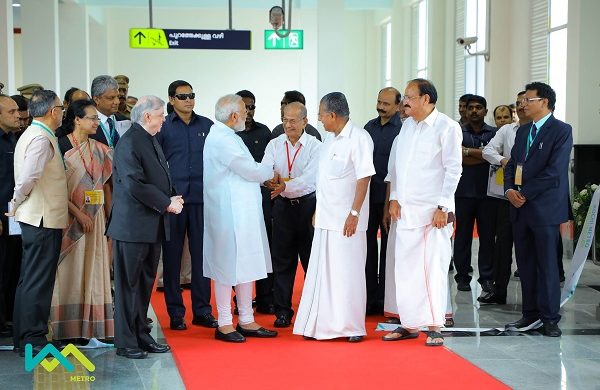 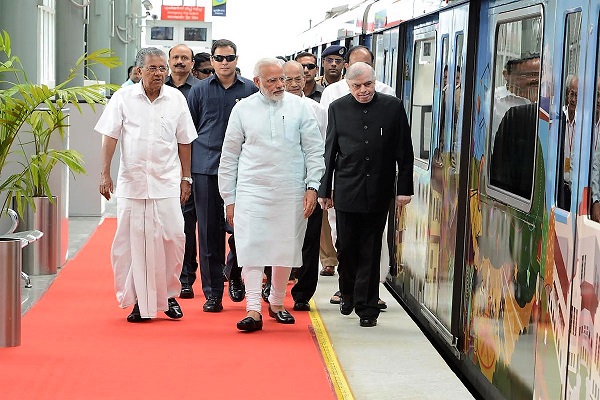 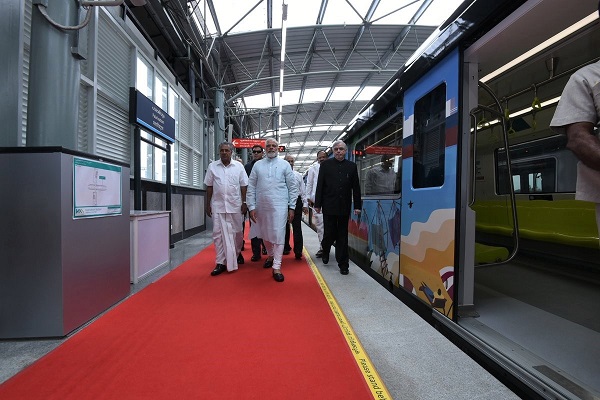 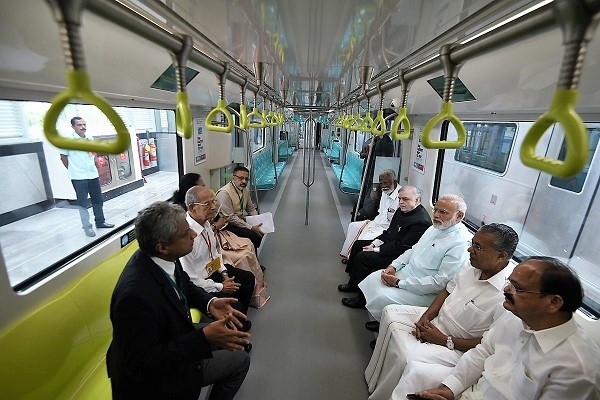 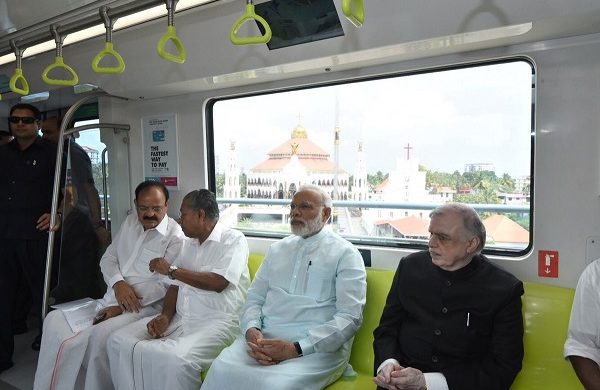 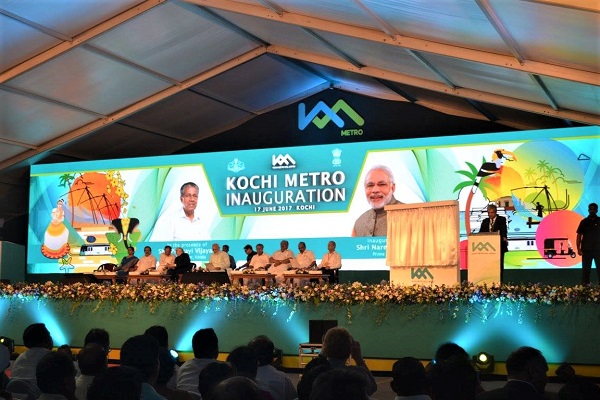 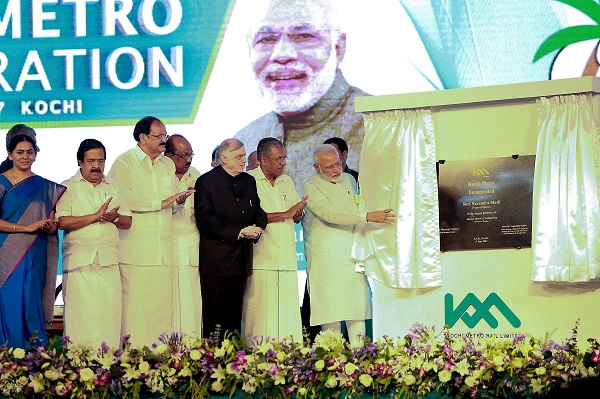 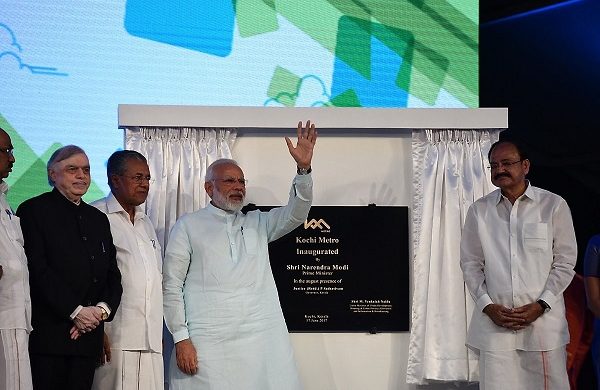 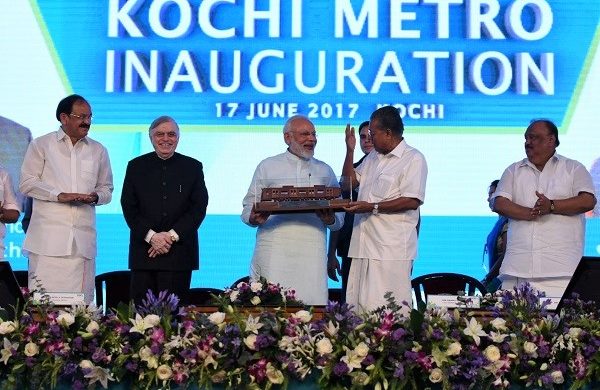 Receiving a replica made in rosewood – Photo Copyright: KMRL

A list of features onboard the Alstom train-sets can be viewed here. If you’re not in Kochi or have no plans to be there, then visit this post to take a free virtual ride.