On September 21, Tamil Nadu’s Chief Minister and India’s Urban Development Minister inaugurated a 8.60 km stretch of Chennai Metro’s 32.10 km Airport – Wimco Nagar line! This new section of the Blue Line from Chennai Airport to Little Mount connects to the 10 km Alandur – Koyambedu Green Line, which became operational in June 2015, via the Alandur interchange station. At Alandur, the new line runs on the lower level while the operational Alandur – Koyamebedu line runs on the upper level.

Trial runs on this section commenced between the Little Mount – Nanganallur Road (OTA) section in October 2015. Prior to electrification being completed on the entire stretch in April 2016, Chennai Metro Rail Ltd in March ran a self-propelled OHE maintenance wagon to visually inspect the line and finally started full-length trial runs in May.

This section includes 6 stations at Little Mount, Guindy, Alandur, Nanganallur Road (OTA), Meenambakkam & the Airport. A small 600m section between the Nanganallur Road & Meenambakkam stations has been built underground as it lies on the flight path of planes coming in to land on the secondary runway – view details & images.

This section underwent a 2-day inspection by Sudarson Nayak – the appointed Commissioner for Metro Rail Safety in late July and was soon after approved for commercial operations.

Bicycles, electric and hybrid vehicles can be parked free of charge at #ChennaiMetro stations @TheMetroRailGuy pic.twitter.com/h6RyuEYDUj 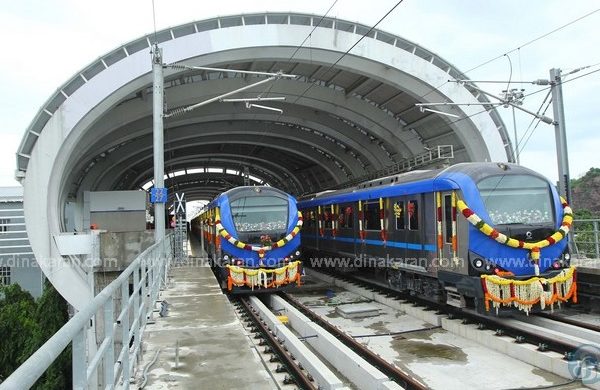 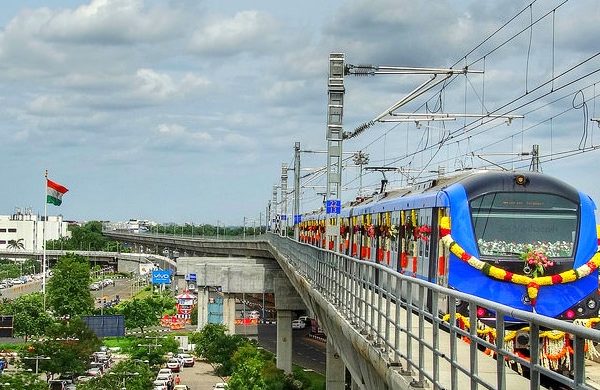 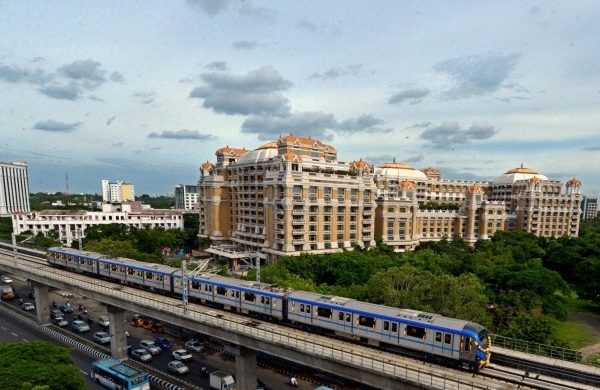 Snapped with the Grand Chola Hotel in Guindy – Photo Copyright: One India 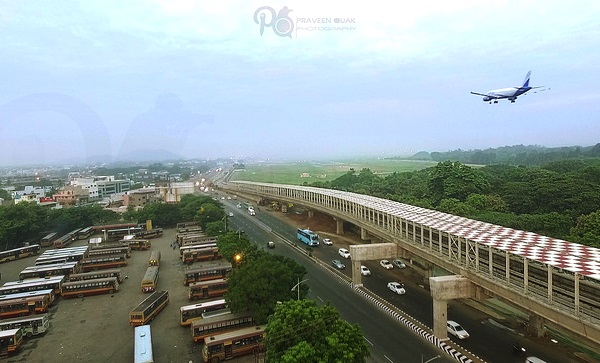 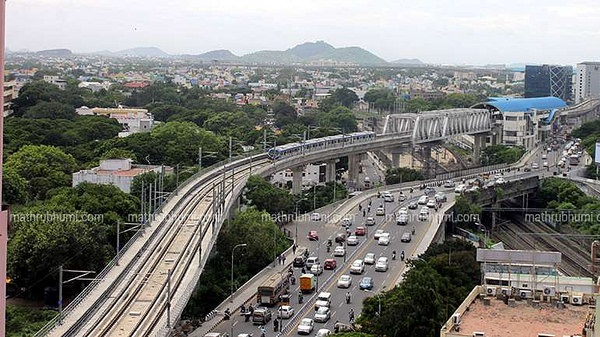 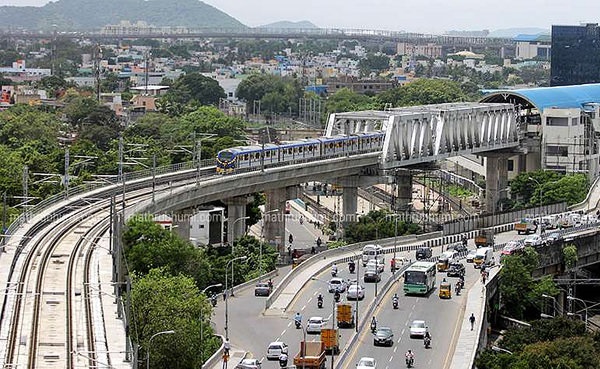 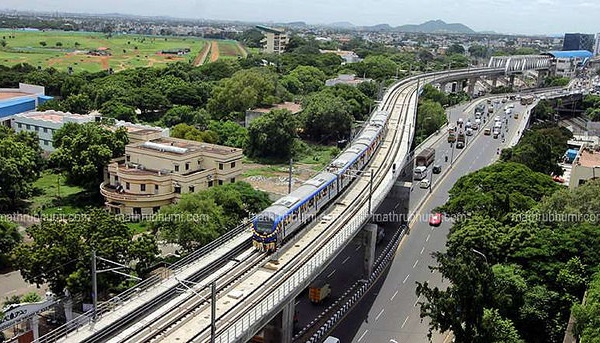 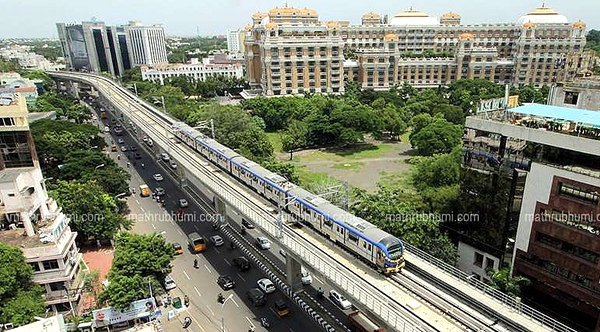 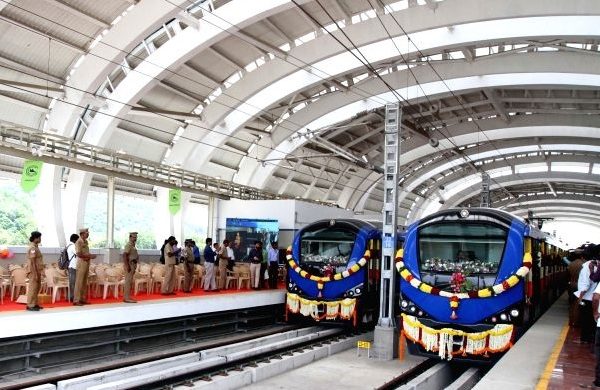 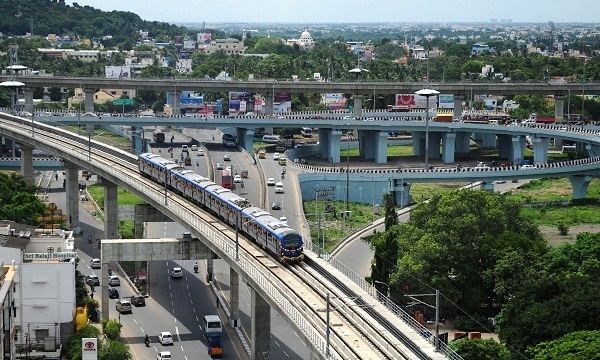 With operations starting on this line, the Chennai Airport has now become the 2nd airport in the country after Delhi to be connected with a metro service. At the airport, the terminal is connected to the metro station via a walkway – see images & station design. In addition, the CMRL has launched 4 battery operated cars for those who need assistance to get to/from the terminal – See an image and more info here.

The CMRL hasn’t released any data points on what the ridership looked like on the first day or week. As per the New Indian Express, the entire 18.6 km network now registers a daily ridership between 13,000-15,000. This of course consists of many joy riders, so a real picture will only emerge in the coming months.

The new updated fare chart for the entire network can be viewed here. The max fare price is now Rs. 50 which is quite high compared to other networks for a similar distance and not very friendly to capture new & sustain regular commuters. Like in Jaipur, ridership on Chennai’s Green Line had dwindled over the past few months. If the CMRL wants to improve the system’s ridership, then it’ll have to bring down fares and explore different other ways to generate revenue as done by operators around the country.

Next up, the CMRL will open the 1 km Alandur – St. Thomas Mount stretch of the Green Line in the coming weeks. The CMRS’ safety inspection for it has been completed and a formal approval is awaited.

Have you traveled on the new stretch yet? How was your experience?