Phase 3’s tunneling works are over!

This TBM, along with S781, were commissioned from Azadpur Station in 2014 to build the 1100m twin tunnels towards the Majlis Park Ramp, but met with a large mass of intact rock which prevented both TBMs, configured primarily for soft-ground, from tunneling any further beyond Rameshwar Nagar. Following that, an emergency mid-shaft had to be constructed, and 2 rescue TBMs had to be leased from the HCC-Samsung JV (CC-34 on Magenta Line) & deployed from the opposite end for constructing the pending 600m twin tunnels.

The DMRC has kept this section’s tunneling issue under the wraps and hasn’t ever acknowledged it as the primary reason for delays in Pink Line’s testing and subsequent commissioning in north Delhi. All media reports, which are meticulously fed & influenced by DMRC’s PR department, have till now only blamed external agencies for land acquisition issues in Punjabi Bagh, Mayapuri, Trilokpuri and Hasanpur. 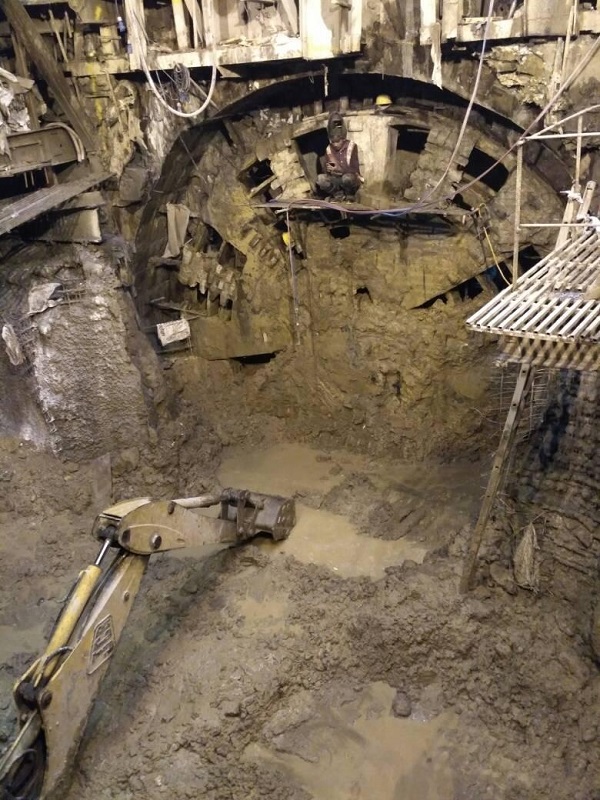 Here’s an image of the TBM’s cutterhead being hoisted up and removed from inside the shaft: 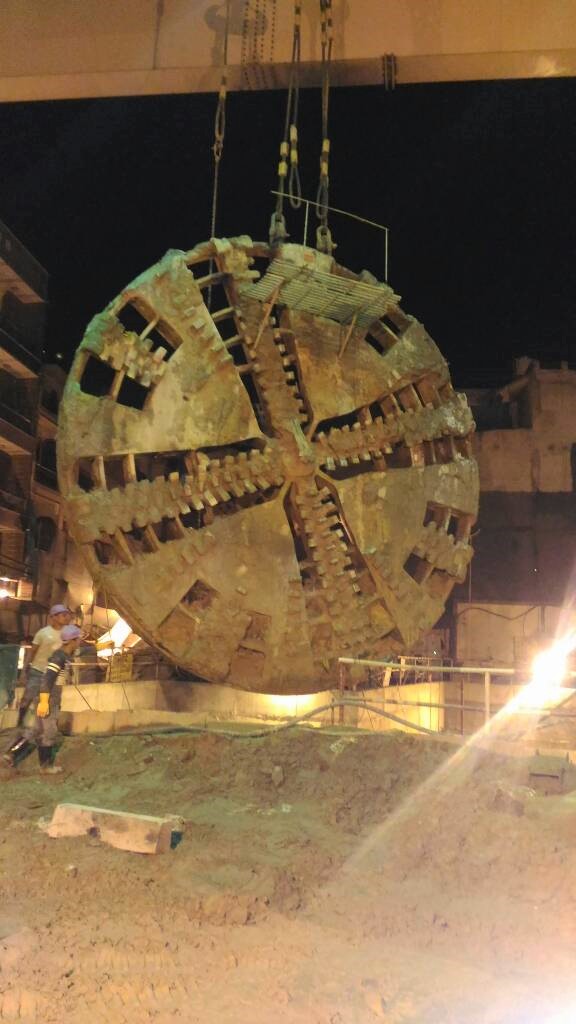 And here’s an image of the TBM’s shield without its cutterhead: 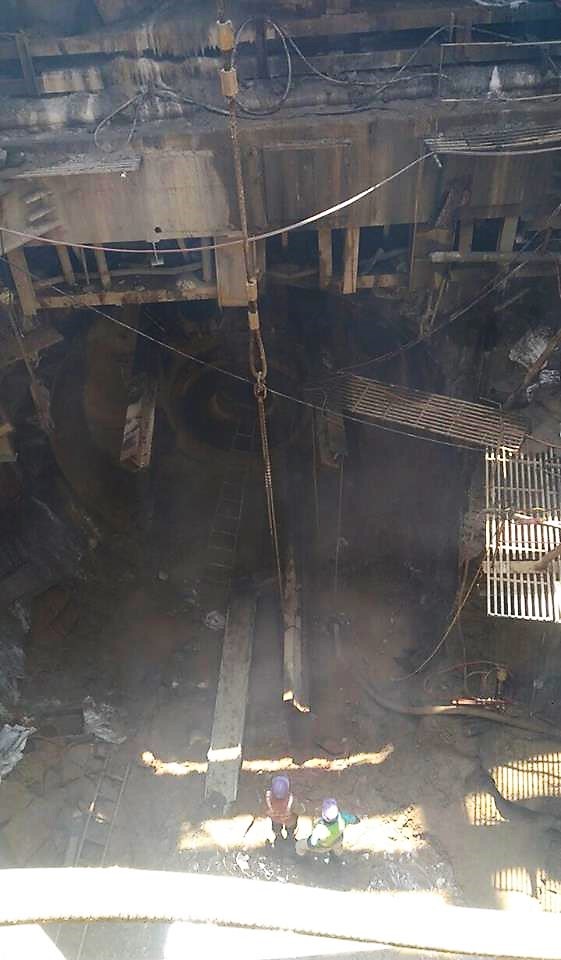 Any sort of testing on the Pink Line is expected to be carried out first through the up-line tunnel which was completed in December 2016 by TBMs S495 and S781. This will take a further 3-6 months and really depends on how quickly S780’s parts are removed and the shaft’s RCC civil works are completed to prevent its collapse for the safe passage of trains to conduct testing. That said, commercial operations on the line’s western half (Mukundpur – Mayur Vihar Pocket-1) will only start in 2018 as I’ve highlighted in previous other posts.