With just one day to go for the inauguration of Bangalore Metro’s final 12 km Sampige Road – Yelachenahalli section of the Green Line, here’s a post with some brief, high-level information on its 4 km underground section between Sampige Road & National College.

This section of the 42.30 km Phase 1 project is officially referred to as UG-1 and was originally envisioned to be ready by the end of 2011. Delays arose in the tendering stage even before ground-work started, somewhat similar to what’s transpiring right now in Phase 2. When tunneling-work finally began in late-2012, the TBMs deployed by Coastal-TTS JV encountered difficult geology conditions comprising of soft soil, high groundwater levels, hard granite and large boulders due to which some machines took as many as 35 months (1st drive of TBM Godavari) and 22 months (2nd drive of TBM Krishna) to complete tunneling.

Workers on this challenging section witnessed everything from a broken cutterhead (TBM Godavari) to the Bangalore Metro Rail Corporation Ltd pleading with (1) the east-west line’s contractor, CEC-SOMA-CICI JV, to deploy a TBM and build one tunnel from Majestic to the North Ramp, and (2) The Robbins Company to take control of their competitor Herrenknecht’s TBMs Kaveri & Krishna to finish the last 2 tunnels between Chickpet and Majestic. Even after those corrective measures, the TBM operators had to move cautiously due to the precariously weak & shallow foundations of old structures and illegal borewells dug by residents along the route.

Bids for the UG-1 section were invited in February 2008. The scope originally included part-design & construction of 2 ramps, 8 tunnel sections and 3 stations at Majestic, Chickpet and KR Market, but due to the exceptionally high bids received  (Rs 600 cr more than the estimate), the BMRCL in late-2009 hived off Majestic Station’s construction into a separate package of its own which later got awarded to the Coastal-GYT JV in November 2011.

Here’s how things played out with UG-1:

• TBM Kaveri (S-726) – a Ø6.45m Herrenknecht EPB machine tunneled from South Ramp → KR Market → Chickpete → Majestic. This was the 1st TBM to be commissioned in November 2012 on a short 393m first drive towards KR Market Station 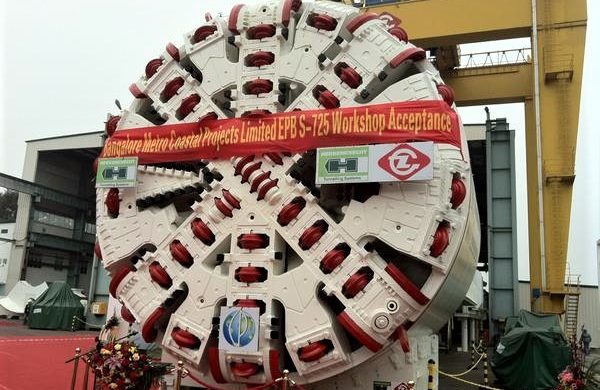 • TBM Godavari – a SELI-Kawasaki EPB machine built the north-bound tunnel from the North Ramp → Majestic. This was commissioned on May 15 2013 in what turned out to be its only tunneling drive as it broke its cutterhead midway and got knocked out of service for a year. 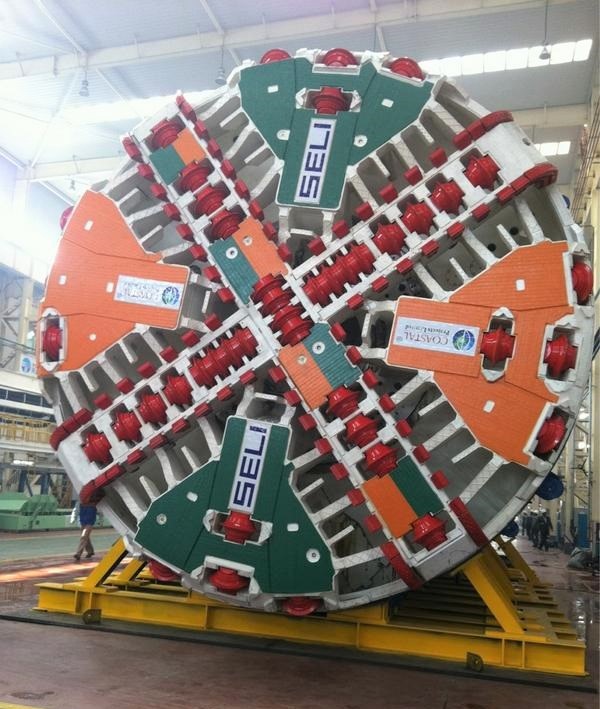 The CEC-Soma-CICI JV was roped in mid-2014 to redeploy 1 TBM used previously in building the east-west Purple Line: 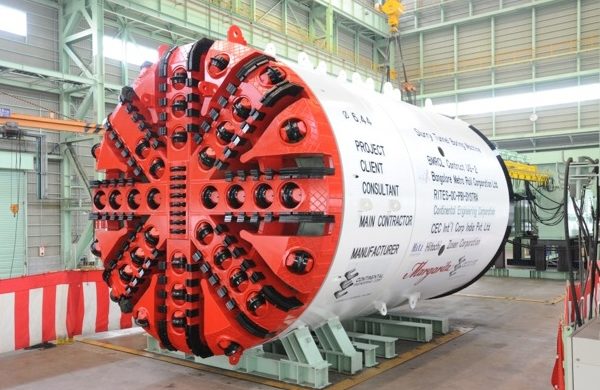 Here’s a look at all 8 breakthroughs on the line – 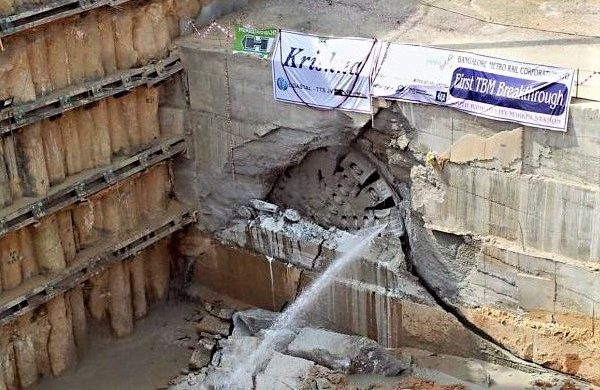 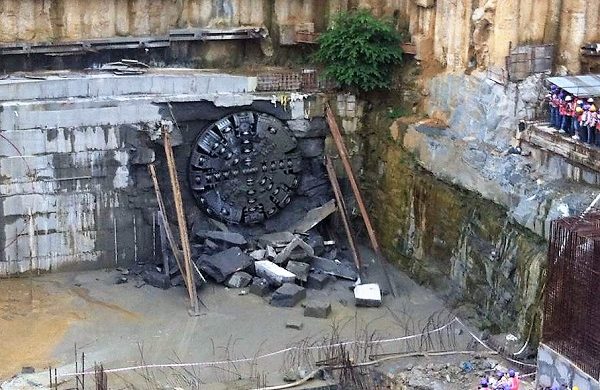 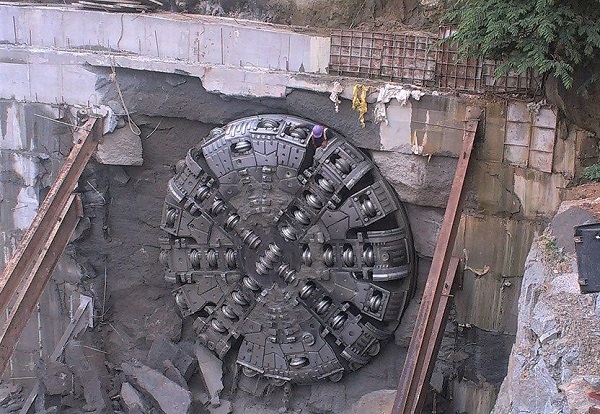 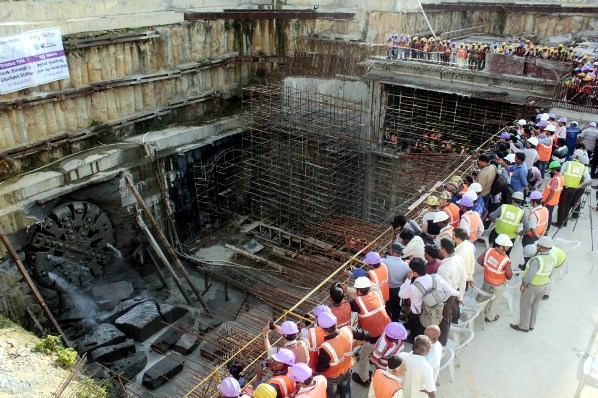 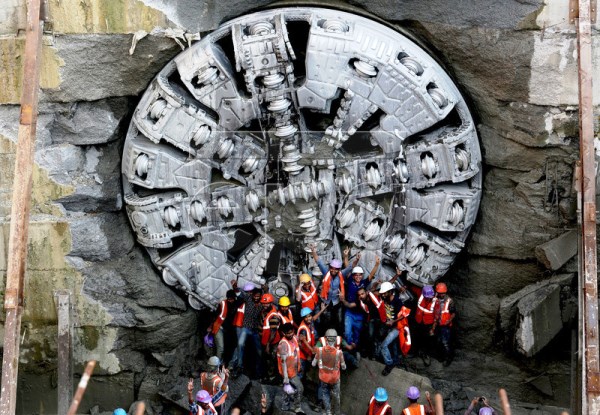 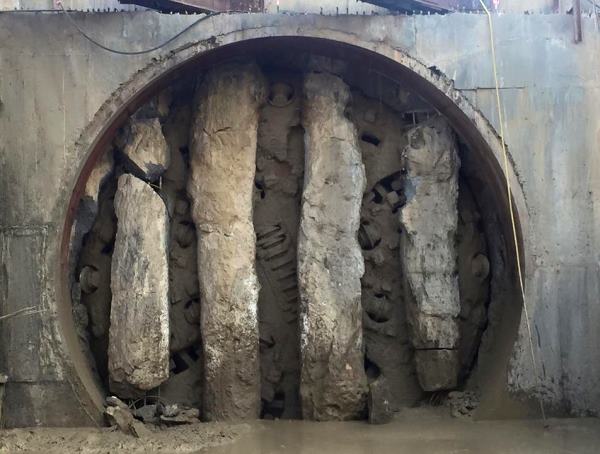 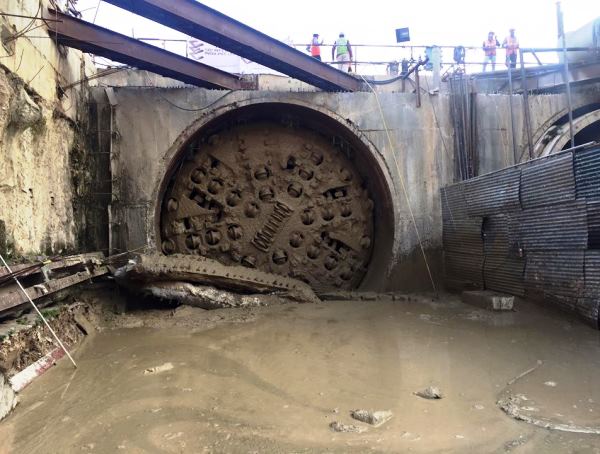 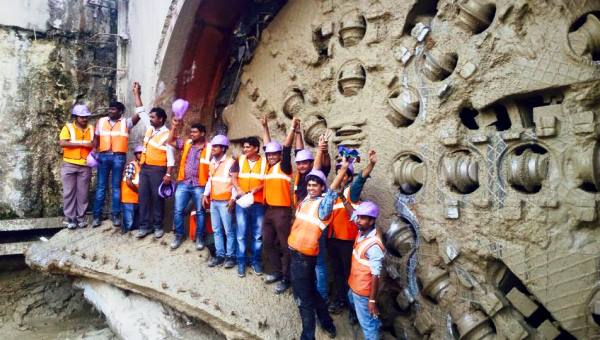 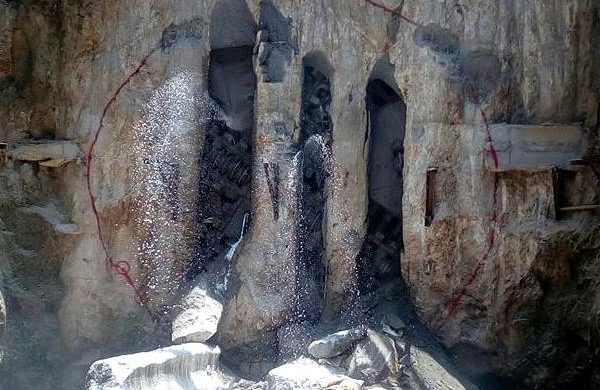 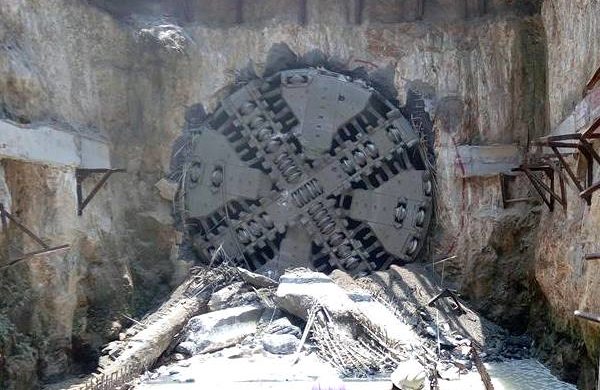 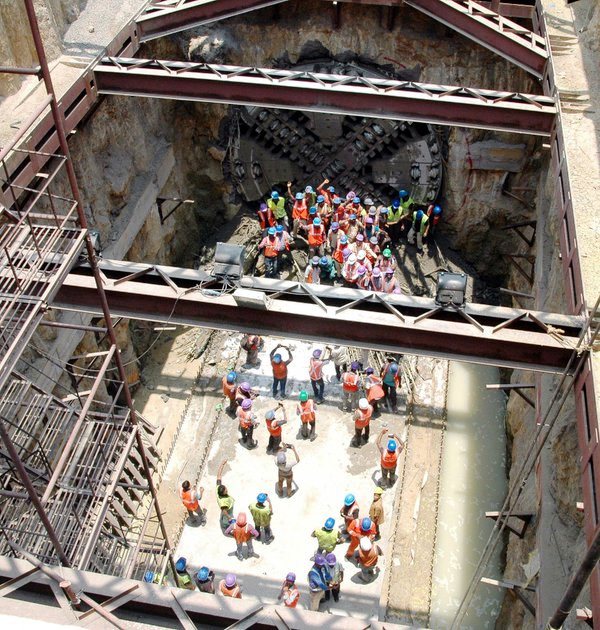 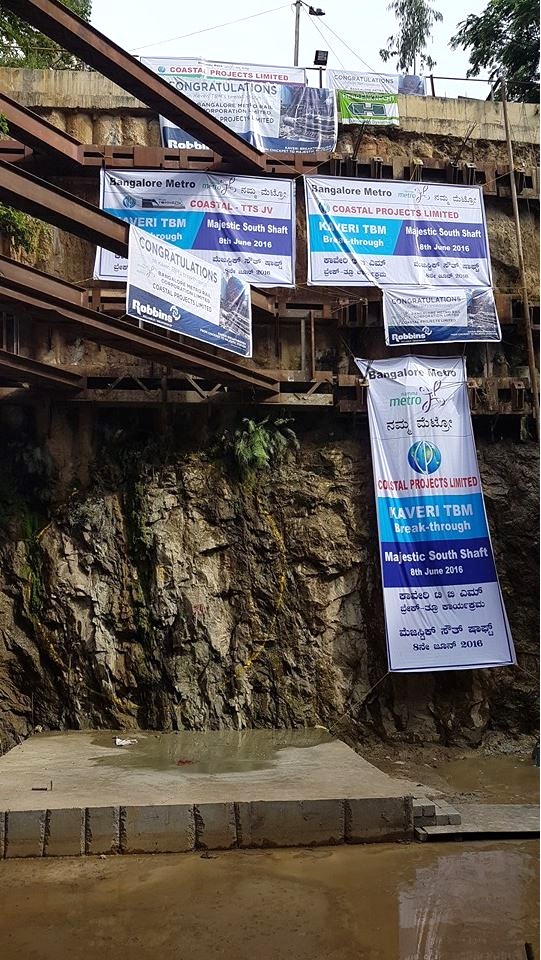 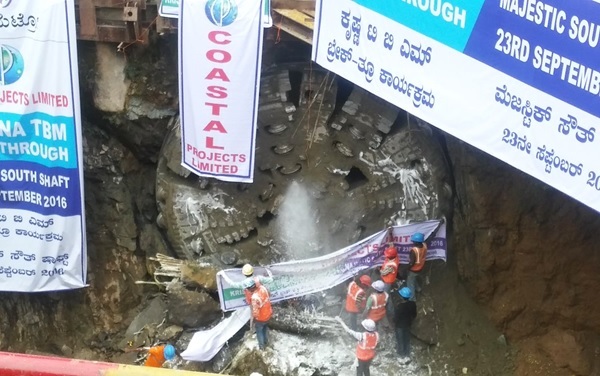 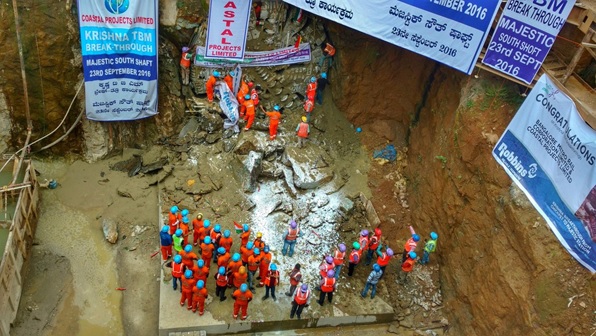 This stage, from the final breakthrough to commissioning, typically takes anywhere from 12-18 months but the BMRCL, under massive pressure from the state government, is all set to open the line for public use in just 9 months with plans to complete all pending finishing works at Chickpet & KR Market stations over the next few months.